Here are some snippets I’ve had the pleasure to read this morning. They are all a bit jacked up for a variety of reasons and not because they were taken out of context.

Sean Yates – Former Lance team mate and Team Director from Discovery. Now team director for Sky and Bradley Wiggins. From Cyclingnews.com.
“I was with Lance in 2005, for his last Tour win. Before that I was working with another team. I’d turn up, I’d drive the car in the Tour de France, and I never ever saw an indication of anything dodgy going on. I used to jump out in the morning, go out on my bike, go back, drive the car, and call the tactics now and then, but I never saw anything that was untoward.”

Pat McQuaid – UCI President From Velonews –
Are you disappointed in Lance Armstrong? “I am not saying anymore than that. The UCI has 21 days to make its decision. That is the appropriate time to make a statement.”

Bradley Wiggins –From Velonews
Wiggins, who has spoken out against doping at times during his career and rode for the 2009 season with the staunchly clean Garmin squad, said he wasn’t surprised, however.

“I have been involved in pro cycling for a long time and I realize what it takes to train and win the Tour de France,” he said. “I’m not surprised by it. I had a good idea what is going on.” My main concern is that I am standing here as the winner of the Tour de France,” Wiggins said. “We are the ones picking these pieces up. For me it is about moving forward and not looking back anymore to what happened 10, 15 years ago.

From Cyclingnews – In a separate video interview on Sky, Wiggins denies having ever raced against Armstrong at the Tour de France, clearly forgetting being 37 seconds off the podium behind the third placed Armstrong in 2009 – a position which he now stands to inherit.

Stijn Devolder 2004 -07 Member of Postal/Discovery/whatever – From Cyclingnews.
I’m shocked, because I never noticed anything,” said Devolder, who was part of the American squad from 2004 to 2007, and who will join the RadioShack team in 2013. “I can hardly believe it’s true. They always insisted we had to play by the rules. The team carried clean cycling high on its flag.”

And Jurgen Van Den Broeck in the same article –

Van Den Broeck, who raced in Armstrong’s team from 2004 to 2006, echoed Devolder’s statements. “I never noticed anything forbidden,” he said. “I never heard or saw anything. I was only 21 years old then, and raced another programme compared to the big names. I raced perhaps three times with Armstrong himself.” “I was treated respectfully and patiently by Dirk Demol, always with care, never any pressure. It was ideal for a young rider with ambition for the Grand Tours.”

“I am surprised and extremely disappointed that USADA released information in the public domain relating to their pending case against me before I had been given any opportunity to review the evidence and provide my defence against it. I still hope to be able to defend myself in a forum free from bias, although I now fear that USADA’s calculated action may have irreversibly prejudiced my case. It is a troubling facet of USADA’s approach to this case that it appears not to respect basic principles such as the right to be heard and the presumption of innocence.”

Rudy Pévenage, Jan Ullrich’s Bruyneel – From Cyclingnews.
“The rivalry pushed us to give it everything to try and beat him,” Pévenage told L’Equipe in 2010. “With all the money he earned, Jan could not afford to be beaten. He was stressed out by the pressure and even put on weight because of that. Stress poisoned his career.”

Dan Martin – Garmin team mate to some of the named. From Cyclingnews.
“It’s hard to comment on it really because I haven’t really looked into the case,” Martin said in the shadow of the Great Wall of China at Badaling. “Garmin-Sharp’s philosophy is anti-doping and we’re going to stand behind those guys. We have confidence in those guys and I’ll be happy to have them back racing as soon as possible, and that’s all I really want to say really.”

Again from Velonews – Steve Johnson, president and CEO of USA Cycling, praised the five riders for their testimony.

“I would like to personally acknowledge the extraordinary courage of these riders who placed their careers on the line in order to come forward with their experiences of past doping practices.”

Heins Verbruggen Honorary President of the UCI From Cyclingnews -“I never said that Armstrong never doped,” Verbruggen stated in today’s interview with RMC Sport. I believe this was his quote translated – “I repeat again: Lance Armstrong has never used doping. Never, never, never.” 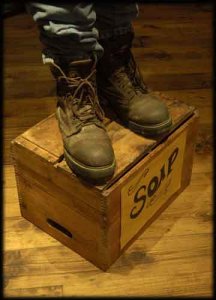 22 thoughts on “Some Responses to the Lance Ordeal”