I went over to Lawrence and watched the 360 Cross races both days. Saturday I drove there and yesterday I rode the 32 miles over. Other than one short ride, I’d been off my bike for 15 days. That is the longest I haven’t ridden in two years. I hate to state it in writing, but I feel just about the same as before physically. My ribs are not good and I have other chinks as well. But, the experiment isn’t over yet. Time will tell.

It is important watching cyclo-cross if you want to be a good racer. I hadn’t observed much recently and I learned a lot by standing on the other side of the ribbon. While even watching the lower classes race, I learned things, plus obviously saw a million mistakes. It is a humbling sport for many/most.

After the cross race on Saturday, we went over to downtown Lawrence and watched a run called The Color Run. There were 7000 people dressed in white at the start and completely covered head to toe with corn meal based chalk at the finish. They go through 4 coloring stations and get sprayed at each. The masses were incredible. I guess the owners of the nation-wide event are nearly printing money. It was fun to watch.

Riding to watch the race on Sunday was great. I rode with Catherine on the River Road, which is gravel. It is really fall here now, the colors are great and it is cool and crisp. Bill met us in Lawrence, but was on his road bike, so we only rode a bit back with him before getting back on gravel. I felt alright riding. I wouldn’t have been able to tell I hadn’t ridden in 15 days if I didn’t know it. I’m not sure what that says about my observation skills. I’m planning on riding a lot this week, slow, and then try to get some intensity in. I’m going to race the three cross races in Tulsa in two weekends and then the Berryman Epic MTB race the following. 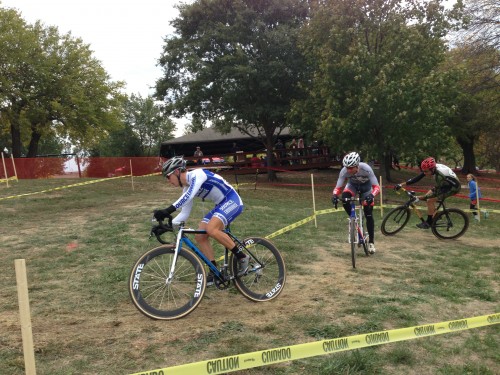 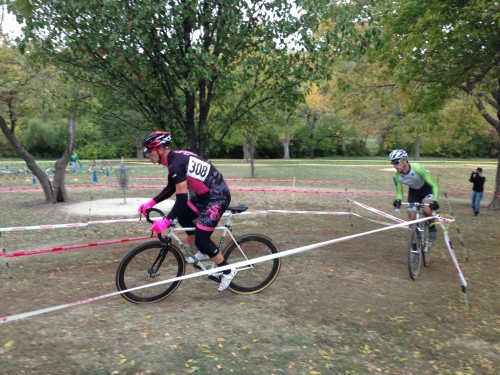 This is Jeff Unruh and Matt Gilhousen, Czar at Tradewind, having a battle on Saturday. Jeff was on a single speed. Matt got the best of him at the end. 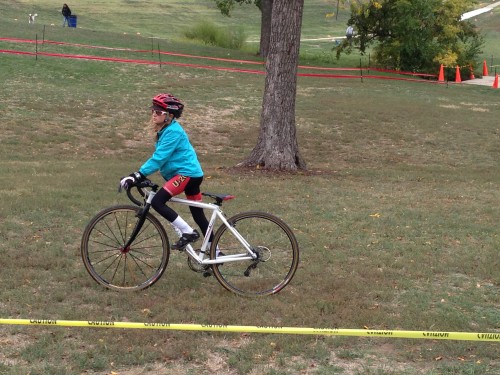 This is JP’s daughter, Tori. She is so small, but packs a big punch. 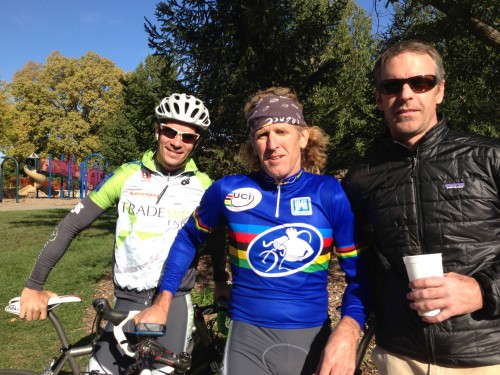 Bill, Matt and I on Sunday. This is the first time I have worn my Cross World’s Jersey since I won it. It was just the right temperature, it’s pretty thin. 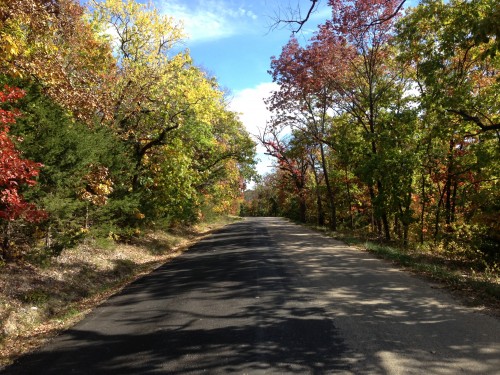 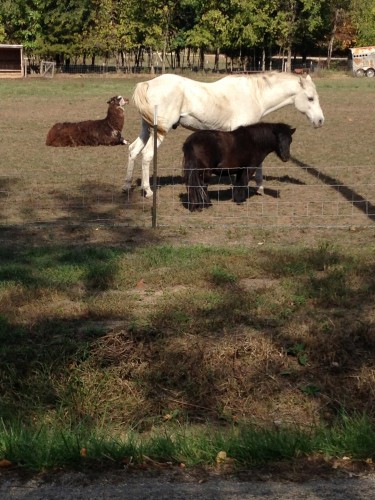 I thought this was cute. The Llama was watching over the mother horse and baby horse. 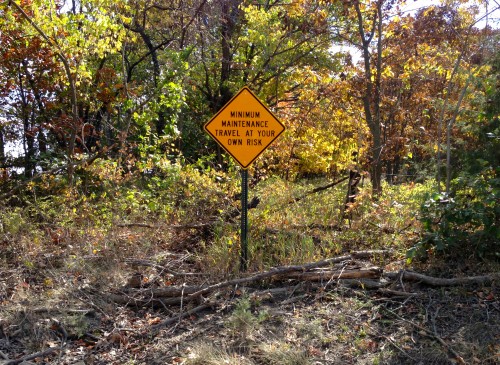 Do you think they need this sign here. This is probably the most primitive road around Topeka. 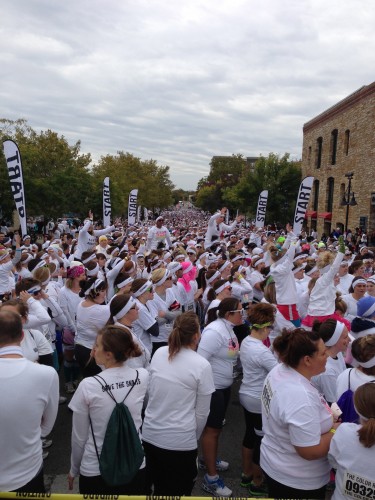 This is the start of the run. Lots of loud music and dancing. 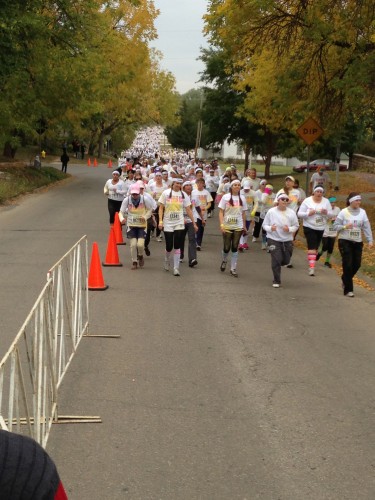 It was more of a walk than a run for many. 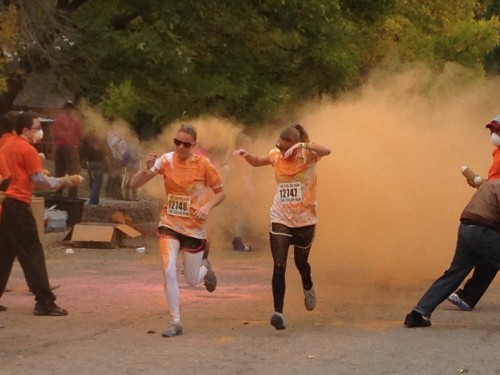 These two girls ran and since they were at the front, got pretty covered with chalk. 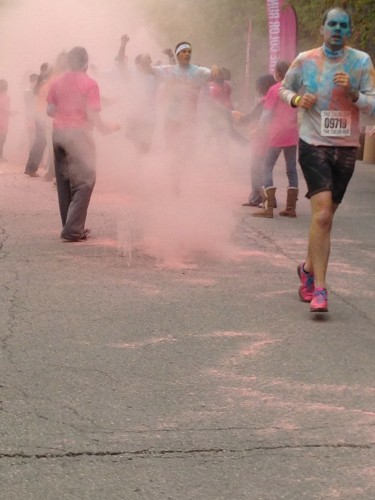 He got a pretty even covering.

4 thoughts on “A Nice Fall Weekend”