It is hard traveling to cyclo-x races that are a long ways from home because of the hassle of flying to the events. If I were to fly to races now, I’d most likely be leaving my spare bike at home and just bring some extra wheels. It is sort of the same as bringing a TT bike to a weekend stage race. Is the cost worth the effort? I think that at stage races with short time trials, it should be mandatory ride on road bikes only.

There aren’t enough national cyclo-x teams that have mechanics and drivers to take the equipment. Maybe only 2 or 3. Our country is too large for there to be a true national cross calender as of now.

I’m kind of wondering how these foreigners are racing over here now. I’m assuming that they are traveling on tourist visas, but some have some sort of work visa going. Seems like that would be hard to come by in this day and age. It was sort of hard 20 years ago.

I have never missed a flight to a race. But, I’ve traveled with guys that have. The first time I experienced this was when I was riding for the Wheaties/Schwinn team. We were racing a Canadian Tire Sprint race up in Toronto. I was traveling with 3 other riders, all foreign. I think it was Alan McCormick, Michel Vaartens and Roland Gunther. We’d won a ton of prize money in Canada and I was carrying it back to the US, since I was American.

I went through customs and was waiting at the gate. Those guys were messing around, getting coffee or something. They started boarding the flight and I got on. We were flying to Chicago to race that day. I sat there until they closed the door and no team mates. I didn’t really panic much, there wasn’t anything I could do. I knew I was in for a ration of shit from our team director, Mike Farrell, though.

And I was right. I got to Chicago, Mike was waiting in the team van, ready to take us to a race. I told him that they weren’t with me and he was pissed at me. I told him that he should be pissed at them, not at me, I was there. I can’t remember exactly what happened, but I think that all three of them tried to go through customs together and that Roland didn’t have the right visa stapled into his passport. They got it sorted out and caught the next flight and made it to the race.

The only other time that has happened was once when I was traveling with Ned. We were flying up to Vancouver for a Cactus Cup. Ned was talking on a pay phone when I boarded the plane. I was sitting at the front of economy. Ned usually flew first class and I was watching for him to board. Again, they closed the door and no Ned. This time I was a little worried because we had to drive up to Whistler still. Upon arriving at Vancouver, Trudi, who was managing the Specialized team, told me that Ned had left a message and had gotten on the wrong flight. Turns out there was a split on the gang plank and he took the right split, not the left. He just sat down in first class and flew East. At least I imagine he flew East. I’m not actually positive that he flew the other direction, but I’m pretty sure. Needless to say, Ned didn’t make it up to Whistler very promptly.

I don’t fly much any more. Definitely less than 12 times a year. I’d rather drive 1000+ miles than fly. Part of the reason is I like having Bromont around, but most of the reason is the cost and convenience. By the time I pack my bike, drive to the airport, park, jump through all the hoops of check-in/security and then fly, get the rental car and reassemble my bike, I can get a long, long ways down the road. I almost have to go to either coast to make it worth my while. Plus, I have all my stuff, mainly tools, spare parts, etc. It is nearly a no-brainer.

Luckily the two biggest races of the season, Nationals and Cross Worlds are in the Midwest once again this year. Now that I think of it, I guess it really doesn’t matter than much. I’ve driven to Cyclo-X Nationals every year, for the past decade, no matter where it has been. 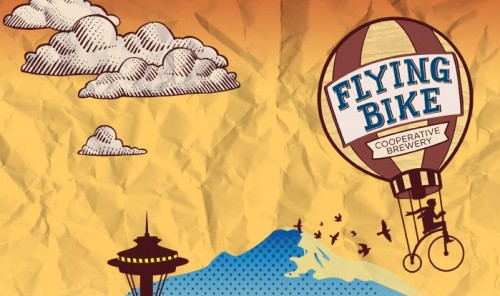 One thought on “Cross and Flying hardly Mix”