The UCI are taking Paul Kimmage to court for writing that they covered up a positive for Lance Armstrong (story on Velonation here). The same accusation is leveled by Hamilton and Coyle in The Secret Race, and will likely be further corroborated when USADA present their case against Armstrong. As David Walsh has pointed out, the UCI are vindictively suing only Kimmage and not the publications in which those accusations appeared (that includes us!). Some friends have set up a Chipin for Kimmage’s defense fund below.

From Velonews.com – Over the weekend, journalists at the UCI Road World Championships in Valkenburg, Netherlands, signed a petition in support of Kimmage. 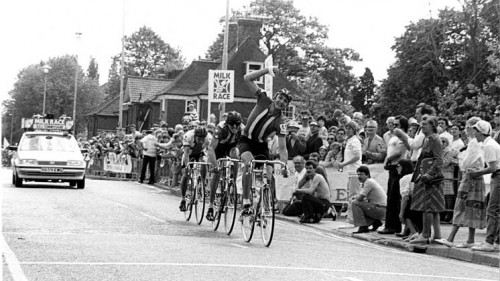