Adam had the day planned out pretty well, but I deviated a little sometimes to work extra one and one. Like I said yesterday, coaching people in cross is so easy and rewarding because you can see the improvement in minutes and hours, not months and years like regular cycling. I don’t think there was a guy there that didn’t improve some, including myself. Every season, recently, I usually just get on my bike for the first race and think, wow, that was a hard day and this is a hard sport. It is nice clipping in for a learning session, even though it was only 6 hours or so.

Everyone did a mock race at the end of the day. The instructors did a mock race of their own at the end. It was a hard, fought battle, but the locals decided to let the guest rider from Seattle make off with the spoils. Shad gave him a run for his money, but he was tired from instructing in cross, then rushing over to coach his son’s football game and then back for some more cross. Man, being a parent is tiring.

I was supposed to do some more coaching tomorrow morning, but I got out of it somehow. It isn’t like I don’t want to do it, it is that I’m sort of running out of time, continuously nowadays. I need to pick Trudi up in Duluth on Monday, so I need to drive the 680 miles up to Cable today.

The ragweed and other allergies are crazy bad in Kansas right now, so I’m hoping I feel more perky up in the North woods. I’m going to try to ride the complete Chequamegon course on Monday morning, but that might not be realistic. I might have to wait until Tuesday, we’ll see.

I had to put my rigid fork back on my MTB bike and try to get it more up to race speed last night. I’m going to ride an Eriksen 29’r once again, fully rigid. I’m not sure exactly what wheels and tires I’m going to use. I’d like to use some light tubulars like I did last year. I have a set of Challenge Tubulars glued on, but the wheels are pretty much tanks. I think I’ll pre-ride them on Monday and see how they roll. I haven’t had a ton of time on them, so am not ready to give them the thumbs up yet. Okay, I have to get packing. 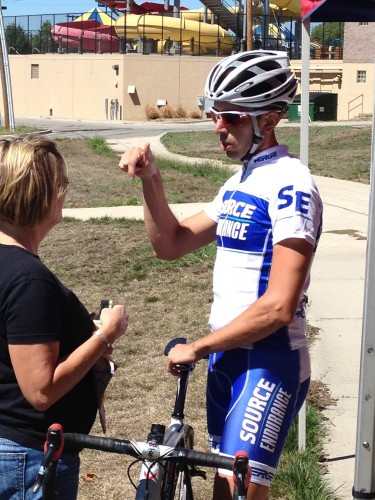 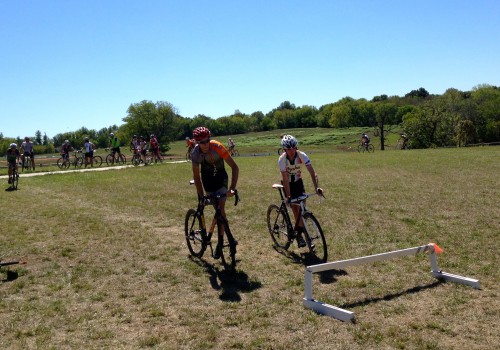 Zach walking JP through dismounting over a barrier. 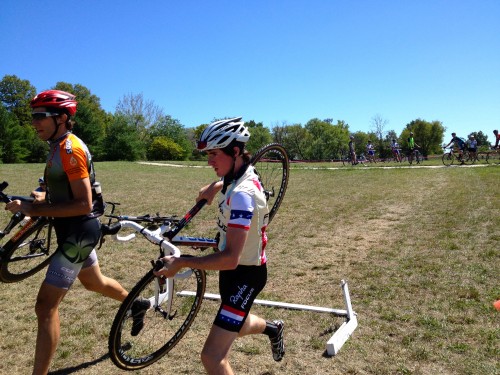 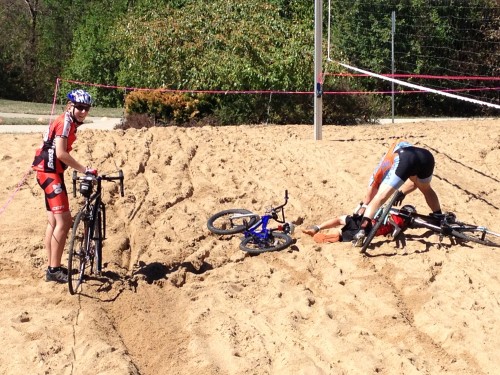 Best move I saw all day, missing the buried kid in the sand. It was very graceful. 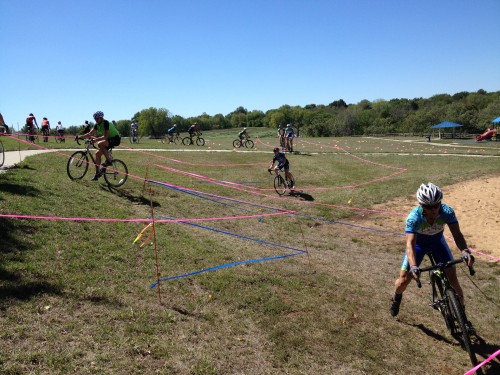 Guys were improving like crazy, especially in the off camber section. I never told anyone to take their inside foot out though. 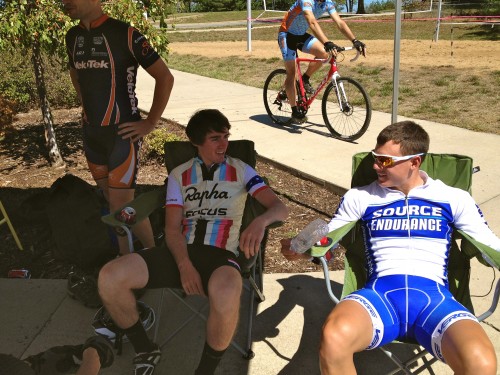 Two of the most talented up and coming riders on the US Cycling scene. Zach McDonald, left and Joseph Schmalz, right. 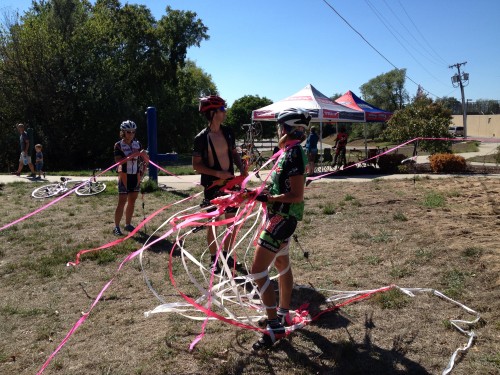 Catherine and Ian helping to break down the course. I guess it was working. 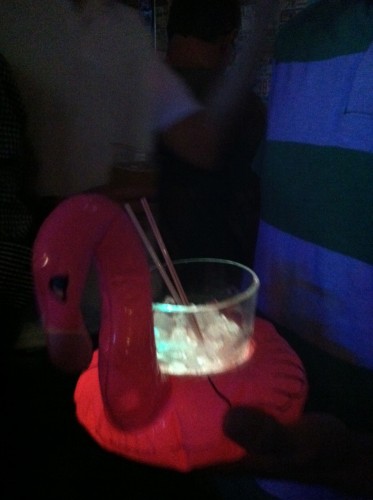 It was Adam’s birthday yesterday. This was the last contact I received from him around midnight. I’m betting it is very ugly this morning.