Yesterday I rode up to Maroon Bells outside of Aspen. I never get along too well at altitude when I first get there, so riding only 25 miles or so seemed about the right distance. I was thinking about all the climbing I’ve done throughout the world and what makes different climbs harder or easier through my lifetime.

I’m come to the conclusion that climbing has mostly changed in bike racing, in general, because of the gear selection that we have available now compared to just a couple decades ago. I sort of think that this gear thing in the back has gotten a little out of control. It seemed like 9 cogs in the back was plenty, now it’s 11. I think with 11 cogs in the back, it doesn’t make for a better selection on the super easy gears, but it fills in the spaces in the middle. It is nice having a 16 tooth cog on a 25 cassette.

Anyway, I think that since it is common to have a 25 or 27 tooth cog on the back and now it is standard to have a 39 in the front, the climbs don’t seem nearly as hard. I believe that everyone was over geared on lots of climbs in the past, so the climbing separated the races more. Imagine the early years of the Tour when you had two gears at best. Man, that took a lot of power.

The British Milk Race is notorious for steep climbs. I know I never went over to England with anything bigger than a 42 X 25 and probably only a 23. The climbs in the Milk Race were sometimes steeper than 25%. I can’t imagine trying to race something that steep in that gear nowadays.

Talk about over gearing. I was training in Colorado one year and staying in Breckenridge. The 7-11 team was training there too and we rode everyday. We’d been riding from Breckenridge to Georgetown and back over Loveland Pass, multiple times. One time when we had stopped in Georgetown some dicussion came up about what gear we thought it would be possible to ride up Loveland Pass in. I don’t remember who instigated the whole thing, but the end result was that Eric Heiden bet someone, I think maybe Tom Schuler, $20 that he could ride back to Breckenridge in his 53 X 12. So, we started back. We had to climb out of Georgetown on I-70 and that couple mile climb is super hard. We all stayed together there, but once we started up Loveland Pass, Eric couldn’t keep up. I was haven’t a shitty day and decided to ride with him.

After we were way behind, I told him just to shift into his small ring and be done with it. He had proved that he could do it. He said he was good and was going to do it. I tried a couple times to mimic him by riding in my big gear, but I couldn’t come close to turning it over for 30 seconds. I didn’t have anywhere close to enough power. I couldn’t believe he just sat there on his seat and turned something like 40 rpm’s for so long. It was truly amazing. He made it back, but a few days later he started having knee problems that seemed to plague him the whole Coor’s race. I guess it could even catch up with an amazing athlete like Eric.

I’m just about ready to head out and climb up Independence Pass now. I don’t think I’ve ridden that climb since the Coor’s Classic in 1988. The stage went from Aspen to Copper Mtn., with a couple laps around Turquoise Lake to add misery. The climb up to that lake is crazy hard too. I don’t think I’m going to ride down the other side to Leadville and around the Lake, but you never know. I’ll let you know if climbing Independence Pass is easier with modern gearing. 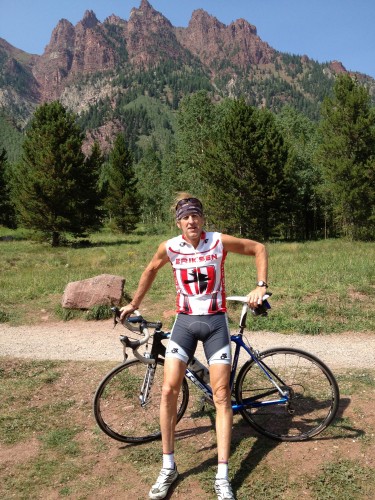 Up by Maroon Bells outside Aspen. 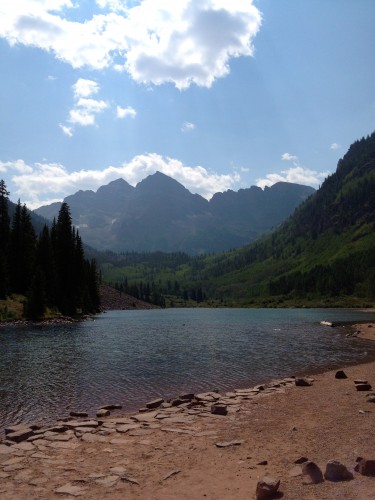 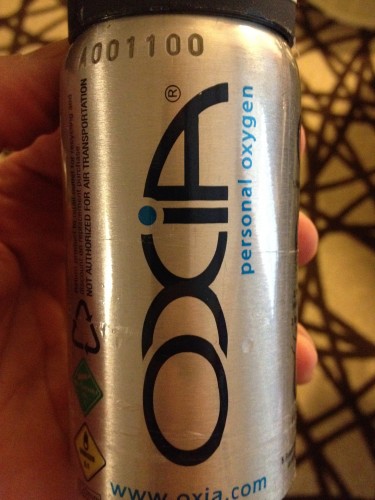 They sell oxygen at the hotel I’m staying at in for $17 ($60 if you steal the container). Might have to carry with me today to the top of Independence Pass? 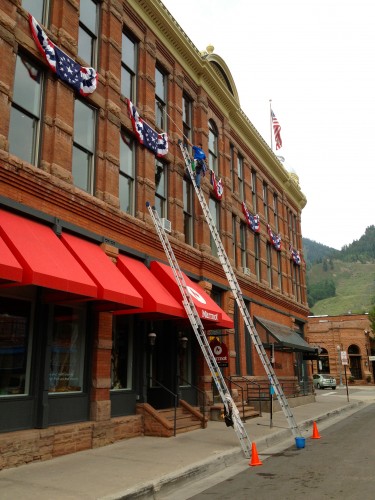 Okay, this doesn’t have much to do with climbing, but this was amazing to me. I don’t think it is legal for one thing, but just in general, I think that if you did this full time, it has disaster written all over it.