I was walking around downtown Marquette last night, before and after eating dinner, and lots of people just came up and started talking to me. The predominate question was, “How bad was it watching?” It is extremely cool that peers sympathized with my plight.

And the answer was – awful. It was horrible watching a race that I wanted and should have been riding. I almost couldn’t stand it. If I would have brought my clothes to the start, I would have ridden. I guess I learned something. I wouldn’t have won the race, but only one guy wins anyway. I would have done really poorly by my standards, but those standards were meaningless considering the conditions.

I drove to a couple places on the course and watched the leaders go by. I learned a lot about the sport and myself by doing so. I came to Marquette originally to try to win the Ore to Shore. That wasn’t possible. So, I now wish I would have just started the race (with some wet wipes in my pocket) and experienced the day from on a bike. Watching made me realize that it really doesn’t matter who you’re racing with, it will always be someone.

The non racing rubbed me so much the wrong way, that later in the afternoon, yesterday, I got on my bike and rode out to the course and rode the last 20 miles just to get a flavor of the course. That really didn’t come close to helping. 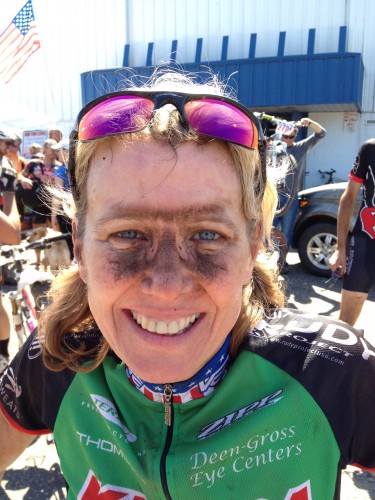 Catherine had a pretty bad race (13th) by her standards, but was still all smiles at the finish. 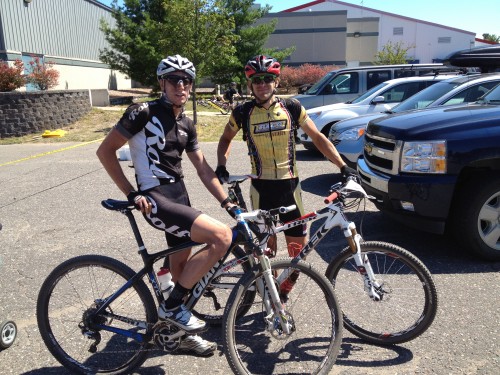 I’m pretty sure that neither Tristan or Brian were super good with how they placed either, but they both were happy at the finish.

One thought on “It was Awful Watching Ore to Shore”