I raced Saturday in Des Moines Iowa, in front of the Capiotol Building at the East Village Criterium. I raced the race last year and really enjoyed the course.

I finished 5th. I’m not sure what happened. I was much better than 5th, but that is the place I got. Since I’ve had a couple days to think about it, I’ve decided that I didn’t have the mentality to match my physical feelings. When that happens, it is never a good result.

I’ve raced so little the last couple months since I fell and separated my shoulder that it is never a given how I’m going to feel. Add in the extreme temperatures and it is nearly guess work. I thought since it was close to 20 degrees cooler than what I’ve been riding in the past month that I’d feel great. That wasn’t the case.

And when I wasn’t great, then I was sort of depressed. I wasn’t horrible, I just wasn’t. It was muggy and I was sticky all day, but that didn’t really explain why I never came around in 70 minutes. I kept thinking the whole race that I was going to feel better. My jump was pitiful, but I felt like I had okay power. I felt the whole time I was just about good, but it never happened.

So, during the whole race I was not paying enough attention to what was going on around me and too much attention to how I felt. I made a few moves. I didn’t have enough snap to lose the guys I needed to. That being said, I never made a full out effort until the last lap when I had already dug a deep hole for myself.

I’m usually really good at maximizing my placing in a race. I don’t like finishing 5th in a local race when I felt better than that. 5th was about the worst I could have finished and I didn’t race that badly. I didn’t race that well either though.

Cycling is an unusual sport because you usually have enough time to ride out of a funk if you have the ability to start with. I’ve started many races thinking I was bad, only to be going great a couple hours later. Usually, when I’m good at he start of a race, I’m good all day.

The hard thing is when you’re almost okay, but not quite there. So you have this big question mark, in your brain, the whole race, scrambling up the important information you need to have a good result.

I’m pretty much done dwelling on it. I’m up in Cable Wisconsin. Bromont loves it. I’m going to ride my MTB bike for a few hours today and see where I’m really at. It’s really hard to fake it much riding off road. Even just training. 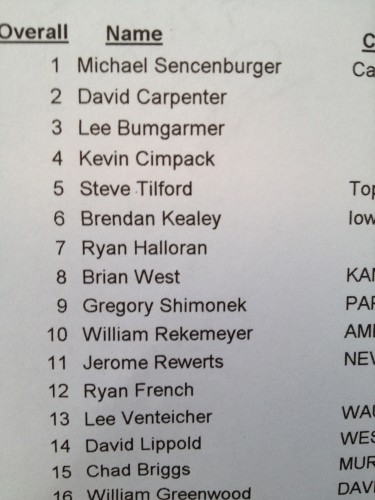 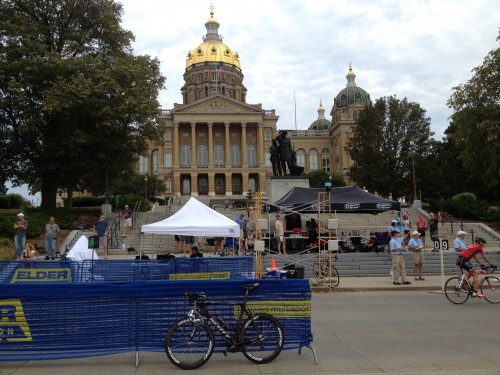 Pretty nice backdrop for a criterium. 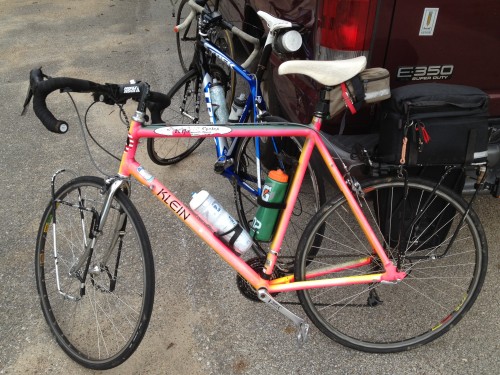 Michael Fatka rode his ancient bike, 40 miles down from Ames to Des Moines to watch. 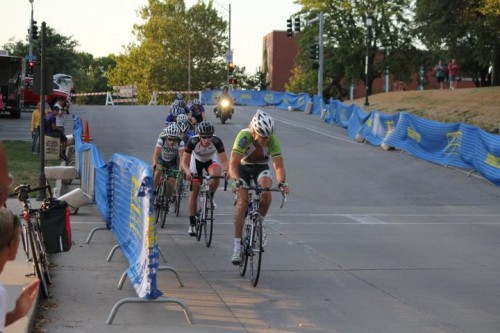 The field was decimated towards the end. I didn’t realize how badly until the last lap. 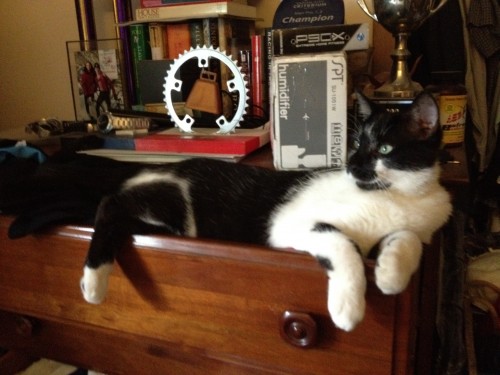 One of our cats, Kukla, not wanting me to leave Saturday morning.