I read here at Velonation that the UCI made an official request to USADA asking to take over control of the investigation of Lance Armstrong and Co. Man, does this stink. I saw an interview with Pat McQuaid saying that the UCI knew nothing about the investigation and it was “nothing to do with the UCI.” Here is a link to that very interview.

Pat McQuaid stated in his letter – “The UCI wants that the whole case file with all the evidence is assessed by an independent panel who shall then decide if the respondents have a case to answer.” USADA responded to the request with a big fat NO!

Wow, why would the UCI try to take this investigation away from USADA? That isn’t their place in the sport. That isn’t how things work in this process. It is just a huge political and stupid jester that won’t be construed any way but badly. These guys are complete idiots. Corruption might be a reach, but I’d like to hear the explanation of why they made this request. I’ll be waiting patiently. 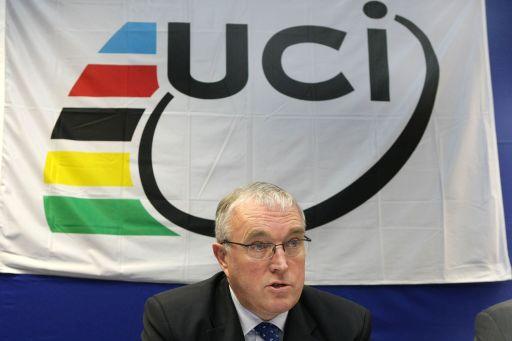 34 thoughts on “The UCI is Corrupt, I Can’t think of another Answer”