team airing their dirty laundry publicly this year. Bruyneel kind of started it when he was calling out the Schlecks before and after the Giro. Then Horner and Kloden went public with their issues. Bruyneel answered again publicly. Now they are reporting that the Schlecks, and others, aren’t getting paid because they are directing their money to off shore, tax evasive accounts.

Cyclingnews has this article that says – L’essentiel said that Andy Schleck earns 2 million Euro per year, and Fränk 1.8 million, not including bonuses. In addition, it cited paperjam.lu as saying each has an additional contract for their image rights, both of which pay 600,000 Euro per year. Andy’s is paid into a firm called Cyclan and Frank’s into Winfrank, and the these companies “are amongst others financially connected to such exotic destinations as Panama and Singapore.”

So, the RadioShack team releases the Schlecks salary, plus tells the world that they are squirreling money away without paying taxes. I’d say that relationship is pretty much over.

Oh, by the way, Frank’s B sample from the Tour was positive. This should be interesting following this saga the next few months/years. 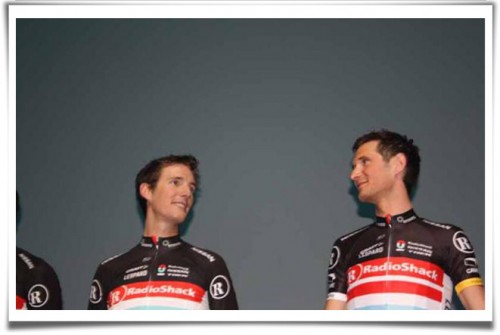 Frank and Andy, when their heads were a little bigger, flying the RadioShack colors proudly. 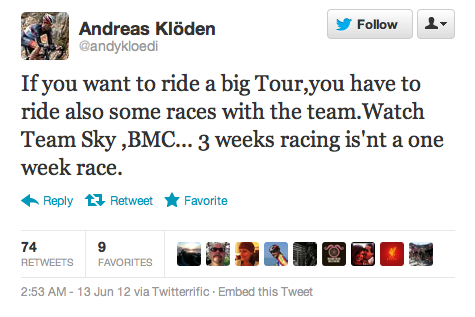 9 thoughts on “What the deal RadioShack/Nissan….”