The Tour de France is sort of throwing off my routine because no matter how good my intentions are, I never leave the house or accomplish much until the stage is over around 10:30 am. Not that I usually accomplish a ton before 10:30am, but in theory, there are opportunities to accomplish things by that time in the morning. And I don’t even consider them now in July.

I was supposed to make a decision on what I’m doing with my shoulder and get another ultra sound on my leg a week ago. I’ve been putting both things off. My shoulder deal because I seem to be riding pretty okay, but have no plan to race right now. And my leg has been sort of aching a bit recently, so I don’t want to go back until it feels better. That makes a lot of sense I know.

I heard that Superweek in Milwaukee is a complete failure. I feel pretty badly about that. The fields at the Tour of Americas Dairyland were huge, I heard. I wish those two events could have gotten together a few years ago and then there wouldn’t be this slow demise of Superweek. I raced Superweek back in 1974. It was the first time I broke my collarbone. I was planning on going up there for a few days this week, but if the Pro 1/2 fields are less than 30 riders, I have no interest in that.

I’ve been trying to catch up on some projects I’d been putting off. It’s not really the time to be doing outside stuff, but I’m trying to acclimate to the heat, so I don’t mind so much. It is supposed to be between 102 & 106 for the next week straight. I’m not sure if my personal heat training is working, but I seem to not be riding so badly in it right now. I’ve been riding over to Lawrence and back, mid-day, super slow at least twice a week. It’s like a hour and 45 minutes each way. Then I do the evening rides Monday, Wednesday and Friday. I haven’t really put a block of big miles in since I crashed back in April, but I don’t see any huge mile races in my near future. I don’t usually have that big a problem with long distance races, other than cramping if it’s way too hot. Seems like I’m riding around 300 miles a week, nothing to write home about.

Yesterday I started the patch the concrete driveway project. I’m not done yet. It involves pick axing the cracks, to expand them and then filling them with cement. I’ve been wearing compression socks when I’m doing it. I supposed I look like a dork, but I don’t really care. A few doctors told me I should be wearing compression socks all day because of this blood clot thing. It’s an easy thing to do, so I figure why not? Anyway, my hamstrings and knees are sort of sore. Plus, cement does a number on your skin, especially your hands.

I did this a few years ago, maybe 10. It lasts pretty good for 3-5, then starts cracking again. The driveway is 50 years old, so I can’t complain much. I don’t know why modern concrete is so shitty compared to older concrete. Our basement is 50 years old and there isn’t a crack in the wall or floor. Nearly the same with the garage floor. When I go to new construction, the concrete cracks before your very eyes. My next door neighbors got a new drive a few years ago and it cracked within a couple months. Same with the streets. I think it is because the people laying the concrete aren’t professionals and don’t know what they are doing. I doubt that the concrete is that much worse than it has been historically.

I’m thinking of driving out to Colorado later this week. To get out of the heat and do some other stuff. It just depends on how much I accomplish here the next couple days. I’m glad today is a rest day for the Tour. I can sleep in now. So much for accomplishing anything in the morning.

Here are some picture from the last couple days- 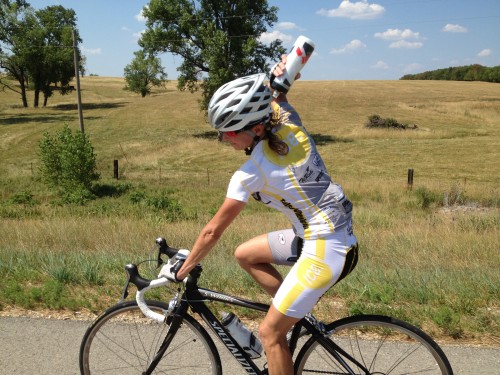 Catherine rode to Lawrence with me on Sunday. She spent about $10 at Starbucks on bubbly water, Izzy Soda and chocolate milk. Then, in my opinion, she didn’t use or ration her water appropriately on the return trip. 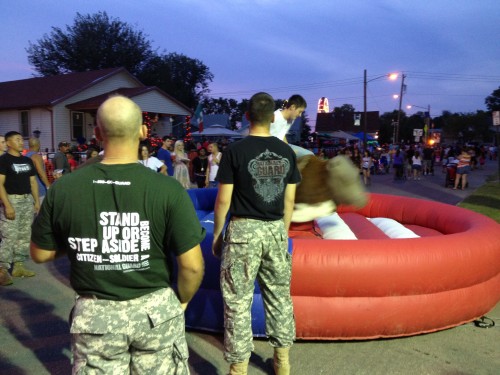 Saturday night, we went to the Mexican Fiesta over in Oakland, a section of Topeka by the river. This National Guard guys were doing good business with their mechanical bull. I’m not so sure about the slogan on the t-shirt though. 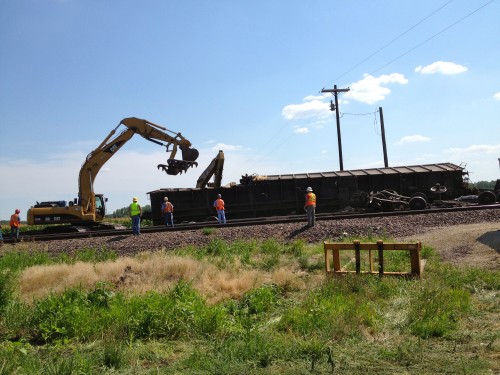 We rode by a train derailment Sunday. Mainly coal cars. It was amazing how many people and how much machinery they had there. 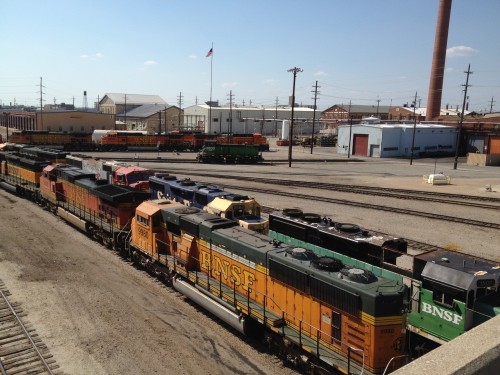 Topeka is where they fix all the engines for most of the trains. I love trains, even though I don’t ride them much now, I plan to ride them much more later in life. 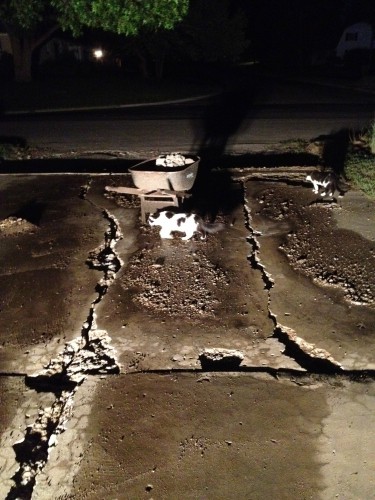 The driveway, working under halogen lights. Two of the kittens were helping me. The shadows make it look much worse than it really is. This is after removing the old concrete and power spraying the cracks. 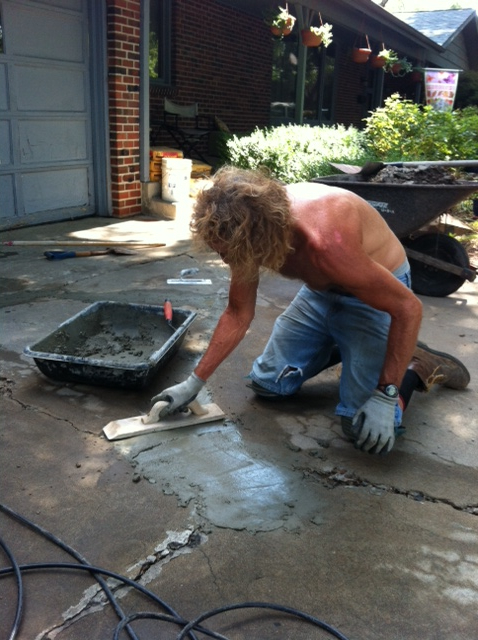 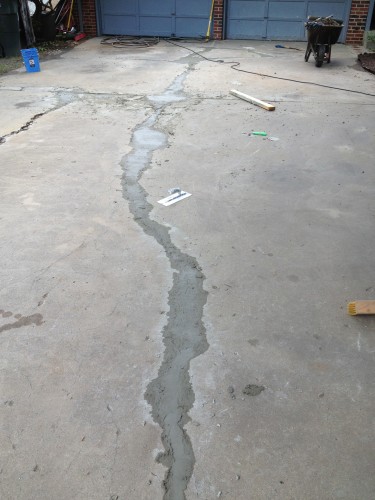 One of the cracks sort of done. 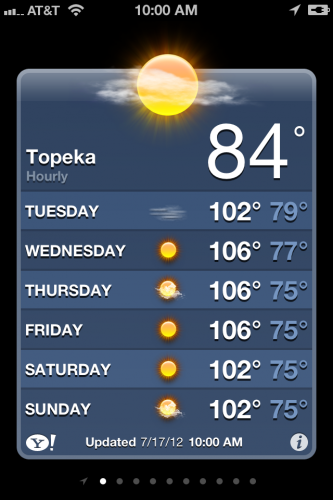 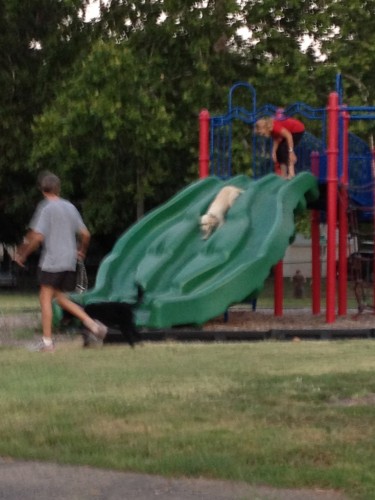 I saw a neighbor of mine, Brady Robb, over at the school yard by our house, after the ride yesterday. He rides and has a Trek Madone. He also has a dog that likes to run up the steps and go down the slide. Pretty fun.

3 thoughts on “TdF Rest Day, might as well Sleep In”