I just read this article at Cyclingnews.com that said the New York Daily News did a story saying that USADA has 38 blood samples of Lance Armstrong and that they (USADA) are planning to use the fluctuations in hematocrit to help establish the proof of doping.

Jesus, I hope that is not all they have for scientific data. If this is true, and Lance takes the case to arbitration, I think that Lance’s people are going to eat them alive. At least on the science aspect.

I haven’t done that many blood tests in my life, but I know my hemotocrit can be all over. Especially taking into account that Lance jets back and forth between Austin and Aspen pretty often. Altitude changes up your blood pretty seriously.

When WADA and the UCI were trying to establish what number to use as a max hematocrit (that number is 50 for men), the Olympic Training Center sent people to a few of the MTB Nationals to check our blood. When they did the tests in Vail, nearly every rider was over 50%. And it was pretty interesting because when you looked at the numbers, the higher the number, the higher the rider lived. I’d been staying in Durango with Ned for a while, so mine wasn’t crazy high, but I wouldn’t be able to compete if they applied the rules now.

Anyway, using something like hematocrit to prove blood manipulation seems like a stretch to me. I know this has nothing to do with the eye witnesses, but if this is all they have from the blood, showing suspicious fluctuations of hematocrit, then they might as well just throw that away and not use that evidence, in my opinion. 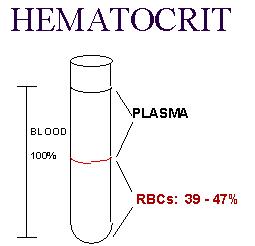