This was the title of an “article” Velonews threw out there yesterday – Analysis: Armstrong investigation is ‘irrelevant’ for many at the Tour de France. Here is the link.

The article goes on to interview only two guys, Team Sky manager David Brailsford and Garmin’s Jonathan Vaughters. Brailsford is quoted as saying something about it being in the past and Jonathan is quoted as saying, “I don’t think it’s relevant at all. Zero relevance. It’s irrelevant to this Tour de France.”

What I’m wondering is why they included the word analysis in the title. This doesn’t involve that the least bit. I’m not even sure why they wrote the article. It is complete bullshit and a waste of energy. It like someone came up with an idea; “Let’s take a couple quotes from two team managers and apply the answers to the whole Tour de France.”

Plus, I have no idea why the managers replied in the way they did. Why can’t these guys say something that is believable and honest. Something like, “Cycling have processes to deal with accusations like these. I think we should let those processes to deal with the issue.” Or, “I have no personal knowledge of the allegations against Lance and Bruyneel, so I don’t have anything to say.” Maybe Jonathan couldn’t honestly say that, but you know what I mean.

I wonder if Jonathan thinks that the Radio Shack team, the team who is currently protecting the yellow jersey, not having it’s team director, Johan Bruyneel at the race, is irrelavent to “this Tour de France?” The manager who has “led” 9 Tour de France Champions? I’d hope not. And I assume Brailsford knows that Johan Bruyneel is the current team director of the Radio Shack team. Not just in the past, but currently.

I know that Velonews has to write something about the sport. Maybe, in the future, they could write something that might be news worthy and not something just made up for some unknown reason. 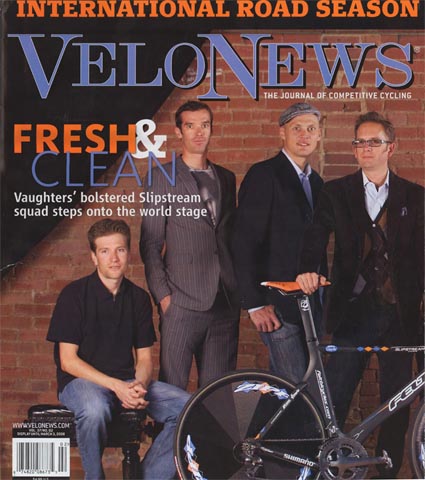 Jonathan on the cover of Velonews with all the other clean riders. 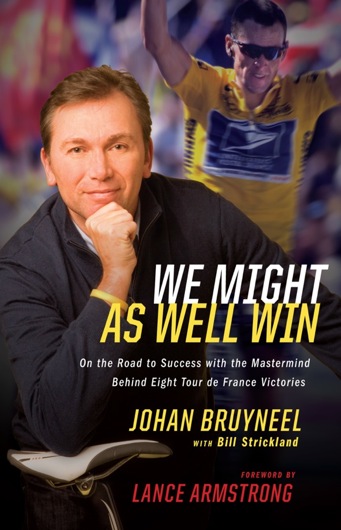 Maybe David and Jonathan have already read Johan’s book, so they don’t need him around at the Tour.

5 thoughts on “USADA Investigation according to Velonews – Irrelevant at Tour”