Over the last couple years I’ve been amused by myself being annoyed by cigar smoke while racing criteriums. During both of the night time races last weekend in Tulsa, there was at least one place on each course where I got a huge whiff of cigar smoke and it really bothered me.

I intellectually can’t imagine that any amount of cigar smoke in the open air could affect my athletic performance the least bit, but it sure feels like it does. On Friday night, the cigar smoke was right before the final corner the last half of the race. I directed way too my mental capacity towards cursing the guy/guys/gals? that were smoking them.

This is one downside of cycling attracting a bigger spectator base than just the other people racing, and their families. There were a fair amount of people at the Friday night and Saturday night races that were smoking. And drinking.

I’ve always thought that there needs to be a way to “encourage” drinking while spectating bike races. It is just a fact that no sports in the US are popular for spectating unless there is alcohol being consumed. Football, baseball, auto racing, etc. all are alcohol friendly. Even cross racing in Europe has an enormous beer related base. Not to mention soccer. But cycling on the open roads in downtown areas, present an unique problem for local authorities. Some races do an okay job of addressing the issue, but that’s not the case everywhere.

But, back to smoke. I’ve had a history of having pretty bad races when someone is grilling right on the course. Charcoal smoke actually does do something to me when I’m competing. My lungs get all clogged up and I don’t perform well at all if there is a good amount of smoke blowing across the course lap after lap. At the Great Downer’s race in Superweek and then again at University City in St. Louis, during Labor Day, I’ve historically had problems with lots of people grilling during the races. I try to ride on the opposite side of the course, even if I’m not drafting, to avoid breathing in the smoke.

I must be more sensitive to this than most people. I don’t remember anyone ever telling me they had a hard time dealing with the smoke at a criterium. I guess if it is my biggest issue in a race, then I’m having a pretty good day. But it is still mildly humorous, to me mostly, thinking that with all the things going through my mind, so fast and furious, criterium racing at night, I let a little cigar smoke take up so much mental energy. 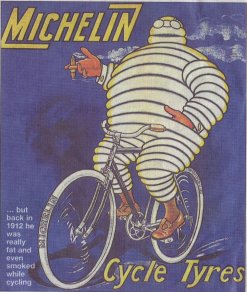 At least this guy isn't riding around in the field. 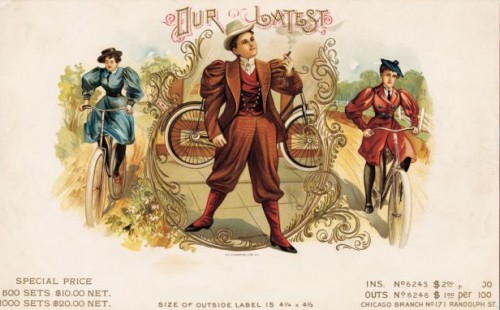 Maybe it is the women that had raced earlier relaxing and watching the race?

14 thoughts on “Cigar Smoke during Crits”