breathing in a bug. Or anything that goes down the windpipe. Yesterday I was riding back from Lawrence. It was a near perfect day here in Kansas. Lower 80’s, hardly any wind, no smoke. We’d ridden the 30 miles to Lawrence, had a cup of coffee and were half way back.

That is when I inhaled a huge piece of cotton from a Cottonwood tree. It is weird how when you’re about ready to inhale something, your eyes focus in on it and watch it go right into your mouth. That was the case here, but I couldn’t do anything about it. It got stuck somewhere down in my throat, it didn’t make it to my lungs. So, I spent the next 5 minutes trying to cough and dislodge it. Alternating coughing and sipping water didn’t seem to do the trick.

I eventually came to the sad conclusion that it was just going to have to work its way out itself. I had the same thing happen a few weeks ago in Arkansas racing. A bug this time. Nothing breaks up your mindset during a race more than having to cough and try to dislodge something out of your chest that shouldn’t be there. It is pretty stressful.

I used to didn’t worry about it too much, but a few years ago, Catherine Walberg was feeling crummy and decided that she had a lung infection. She skipped a ride and was ready to go to the doctor. Then, the next day she showed up all good. She said that she was coughing the night before and coughed out a huge bug out of her lungs. She was in the early stages of aspiration pneumonia. That is inflammation of the lungs and airways to the lungs (bronchial tubes) from breathing in foreign material.

Obviously that isn’t a good thing, so whenever I get something foreign in the wrong place, I try to get rid of it as soon as possible. That isn’t always an easy thing to do. And it sometimes ruins what was a very good ride. 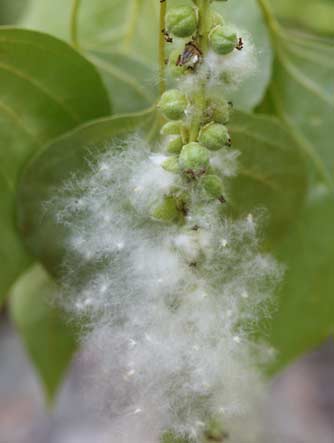 This stuff is flying all over the place here now. 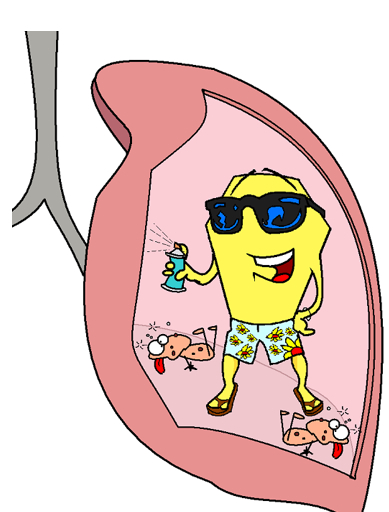