The van is back in drivable condition. At least that is good. It took awhile, but not as long as I’d thought. I have the Ford Shop manuals for the van, but don’t carry them around. I don’t really use shop manuals for auto repair other than specifications and such, usually anyway.

I took me a long time to get the radiator itself. And it is jammed in there. I think the way that the manual would recommend would be to remove the fan shrouding and fan itself. I didn’t do it that way. I removed the intercooler for the turbocharger and that gave me enough room to pull the radiator up.

The tool selection I had was interesting. Pretty frustrating and thought provoking at the same time. I was using a lot of box ended wrenches when I would have normally been using sockets. I had to be pretty inventive sometimes, which was fun. In the end, it worked out good.

Just did a lap of White Rock Lake. The masses are out on Memorial Day. Even though it is pretty hot, maybe not for Dallas standards. I’m not going to make it downtown to the race today. I made it to 3 out of 4 of the races, so that seems like enough bike race watching.

I’m kind of getting antsy for the next ultra sound on my leg, so am probably not going to hang around Texas too long. Probably head back tomorrow after Trudi flies in from Greenville. 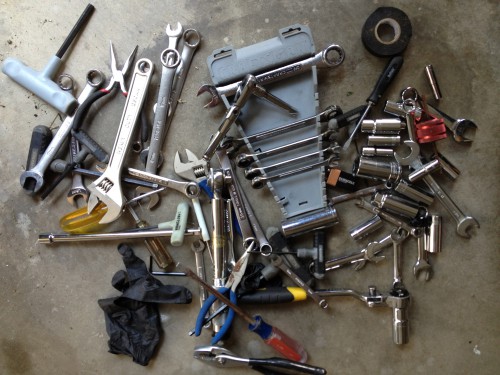 I just borrowed a bag of tools that my friend Rod Lake had thrown together. It was just enough to get by with. 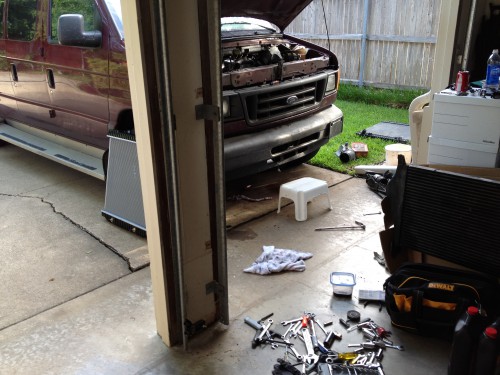 I was using a small stool to get a little height so I didn't destroy my legs. 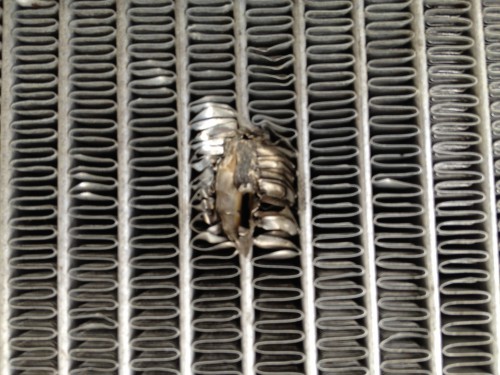 This was the damage. If I was home, I probably could have taken this and got it welded. Actually, my friend Joe Irwin is a HVAC guru and could have done it in his sleep. 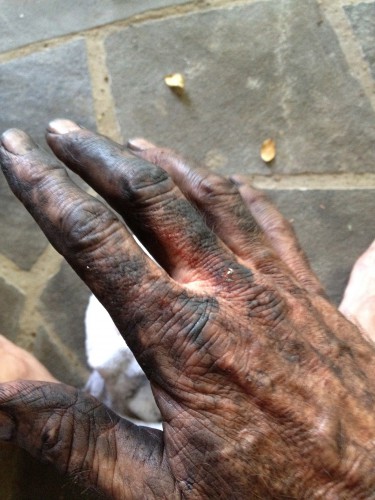 One thing I hate about automobile repair is the number it does on your hands. It seems like messing with diesel cars is worse for some reason.

6 thoughts on “At Least Something went Right”