I’m doing an okay job of keeping busy this weekend until getting another ultra sound next week. I’m not riding very much. Just an hour or two a day, super easy.

Friday was a treat going down to the SPCA (Animal Shelter) with Sue and her friend, Jan. Jan is animal loving, billionaire who funded the building. The state of the art facility is named after her. The nicest shelter I’ve ever been to, by far. I usually don’t like animal shelters much, for obvious reasons, this place was wonderful. If all shelters were like it, I’d think we, as a society, would do a much better job of placing our animals in homes. I am an animal guy, so it was a very good experience. Pictures below.

There are races everyday here. I’ve managed to make it over to the first two. McKinney on Friday night was an all Elbowz Team show. I never saw the final results, but they were definitely 1-2-3, plus maybe 4-5. They nearly did the same thing down in Georgetown last weekend. I beat the local riders hate it.

I have to install a new radiator in my van. It took me a while to find the problem. I nearly couldn’t believe that there could be a hole that big in the radiator. It was spraying water. I would a bet it was a hose. The hole is in the back of the radiator, near the top. I spent a hour on the phone trying to track one down before the holiday. These vans are a pain in the ass to work on. It is going to take me a good while to get it in. The radiator cost $250 dollars. I called a couple places and since it is a holiday, they couldn’t get to it until Wednesday. And it was going to cost well over $1000 dollars. Up to $1600. That is way too much labor for something like this. I say that now. We’ll see how I feel about that in a couple days.

Okay, here are some pictures of the SPCA. 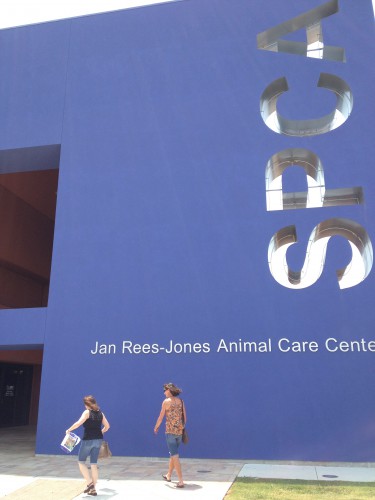 Jan carrying her bag of doggie treats to the SPCA named in her honor. 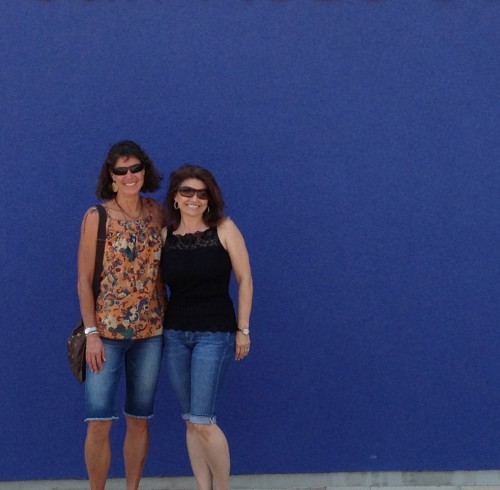 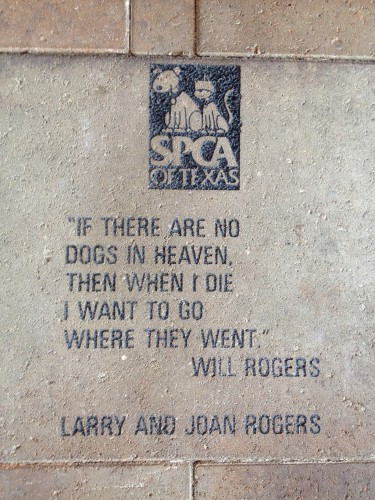 I thought this saying was great. I agree completely. 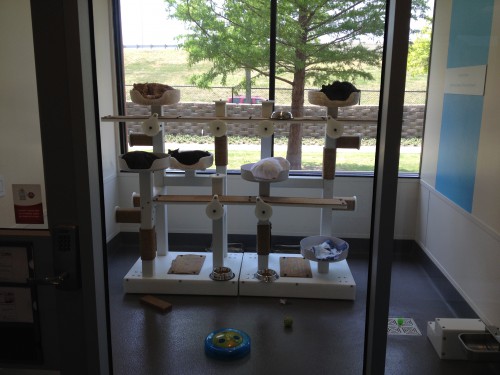 The cat area was awesome. I bet they don't even want to be adopted. 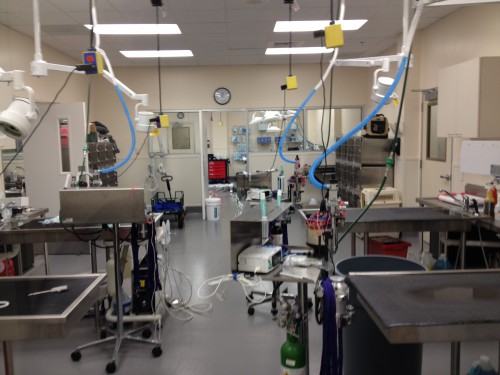 The surgical area was state of art. 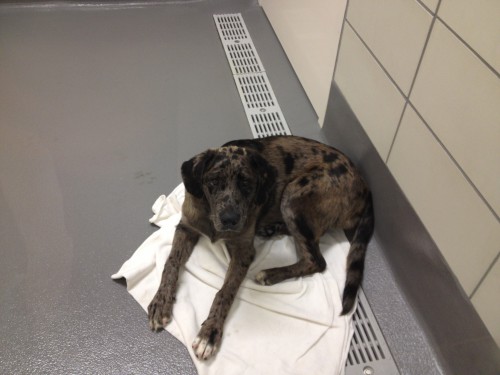 This is Tank. He was my favorite. 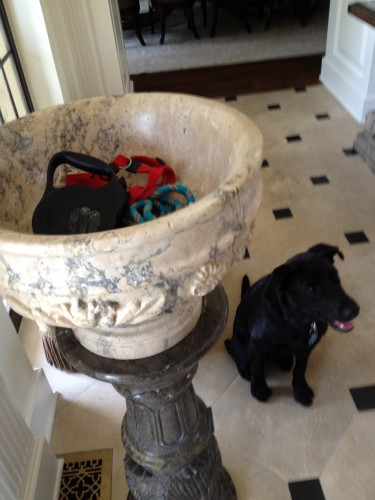 Jan is obviously into dogs. This is beside her door at her house. A gazillion dollar piece of art used to hold the leashes and such. 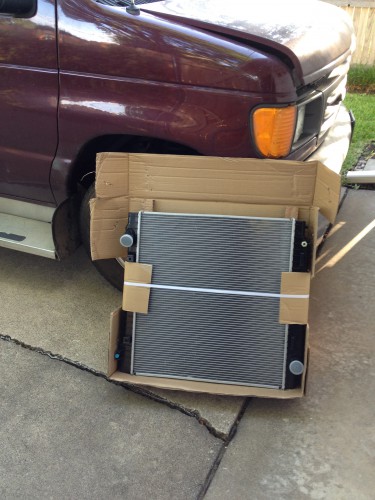 This radiator wants to be inside the engine compartment.