I can fix a car. There are a few things I don’t mess with. Replacing windshields and such just doesn’t make any sense. Actually, any repair that takes expensive specialty tools, that don’t need to be done very often, are the ones I don’t do. Front end work falls into this category most of the time.

And paying someone to do front end work is a repair that you rarely get much satisfaction out of. The few times I’ve had it done, it doesn’t fix the problem much and it seems to cost way too much. Actually, all car repair seems to cost too much relatively.

I’m not sure when it happened, but I think it was sometime around when the on-board computer started recording misfires, etc., but somewhere down the line automobile repairs seemed to skyrocket. The repair shops, dealers, etc. would say the devices to read the check engine light, whatever, were so expensive that they had to charge more. It was total fabrication. An OBD2 scanner now doesn’t cost hardly anything. It tells you nearly exactly what is going on with your automobile. You can go down to Autozone, and probably other parts stores, and they will scan your car for free.

Anyway, a few months ago I took my van to get aligned. My front tires were wearing uneven and there was a shutter in the steering wheel. I was driving out to Colorado later in the day and needed the van back. The guy called and said I needed new ball joints and it was going to be $900. I can do ball joints myself, but still would have had to take it back to the alignment shop so I told them to go ahead and fix it. They did and it didn’t do anything. I was gone for a month or so and when I went back, they looked at the van again and said it needed another $1500 worth of work. New bushings, springs, shocks, etc. Nearly everything. Anyway, I didn’t want to put on the new tires I got until I got the front end straight and wasn’t ever going to have those guys touch my van again.

I’d planned on just replacing everything on the front end myself, but with this separated shoulder, I’m pretty much unless in that regard, so I took it over to East Topeka to another alignment shop. The shop was immaculately clean and the guys seemed honest. They said I needed new swaybar, stutrod bushings, a tie rod end and that was it. Around $800 including the alignment. So, they have it. I haven’t gotten it back yet, but I am crossing my fingers.

I’m not sure why the industry of auto repair has a bad rap as a place to get ripped off. It probably is more to do with ineptness than with dishonesty. Fixing cars isn’t an easy thing. There aren’t enough smart guys in the industry to handle the volume of business. So, we all end up with work that doesn’t satisfy our expectations. Even if the work doesn’t repair the car, the costs involved usually are so absurd that you can never leave with a good taste in your mouth.

Finding a competent auto mechanic seems to be nearly as important as having a good doctor nowadays. If I had another lifetime, I wouldn’t mind being a fulltime auto mechanic. I’m really a blue collar type of guy anyway. It takes lots of mental concentration, plus it is very physical. But, that isn’t happening in this lifetime. I have my hands full just fixin’ my own cars. 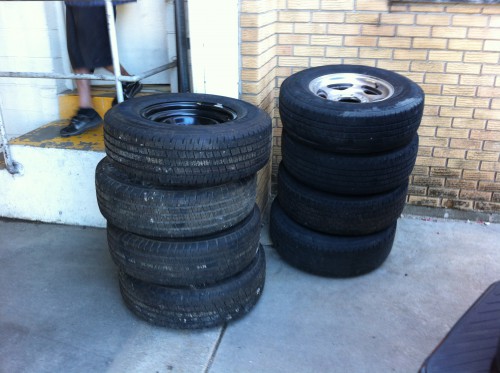 Even though my van is diesel, it rarely gets over 20 mpg. My insight get way better mileage, but is very, very small. 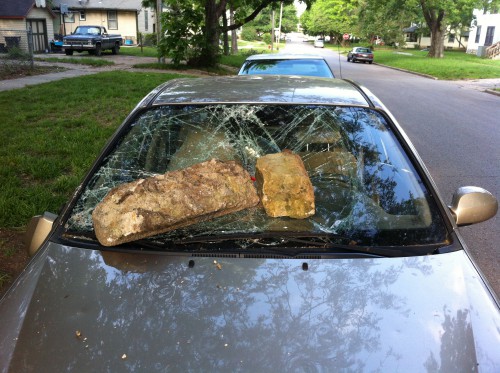 Someone pissed someone off big time here. I rode by this car a couple days ago. It made me daydream all ride about the circumstances involved. I decided there was probably a woman involved. This was only the tip of the iceberg here. The tires were flat and the roof was pretty scratched up.

8 thoughts on “Paying for Automobile Repair – It is Never Satisfying”