I was spectating at Joe Martin on Friday, the day after I jacked up my shoulder, and Bill came riding in after the long road stage over Mt. Gaylor and told me that a junior we ride with, that was riding the 1/2 race, was standing at the side of the road, bonked or cramping or something. He said he was about 20 miles out.

So, Bill wanted to know if I’d seen his mom, who’d driven down to Fayetteville with him. I told him no. Bill had flatted and came up way back. We were kind of wondering what to do when a small group came to the line and the junior was in there. He looked alright, nothing drastically the matter with him.

Anyway, I was talking to his mom on Sunday during the criterium and it turns out that they had an iPhone app, Find my Friends on their phones, and her son had carried his phone with him during the race so she could track him. She got a call from him and was wondering what was going on, since he was 20 miles out. There are conflicting stories whether she drove out and gave him some food or he just got going on his own, but they definitely had communication.

I thought it was so funny, in a strange and humorous way too, that someone would carry an iPhone in their pocket so they could be tracked during the race and then actually use it to call for help. It is the age of modern technology. I guess you have to embrace it or get left behind. Maybe being left behind isn’t so bad. (But, I did download the My my Iphone app though.) 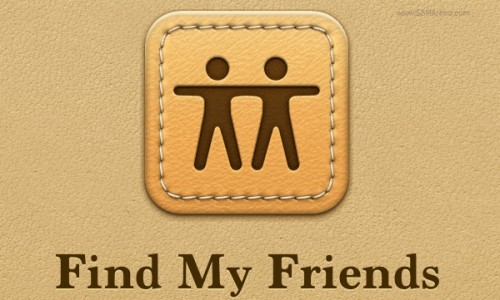 4 thoughts on “Find a Friend, During a Race”