I’m hurt. That describes my general feelings right now. I probably shouldn’t have stayed around the whole weekend in Fayetteville and just came home to lay around at least one day before the week begins. But, logistically, that wouldn’t have worked out well.

I seemed to be functioning pretty well on pain killers, coffee and wine, but today I think I’m going to pay for it. Like I posted yesterday, it seems like I was in more demand not racing than racing for some inexplicable reason. I should have just turned my phone off and it would have made my life so much easier. It wasn’t like I was doing that much, just having to use my brain too much when it wasn’t working that great to begin with.

The highlight of the day was running into the EMT guy driving the truck that came down the hill after I crashed. For the life of me, I don’t remember his name once again. That isn’t good. Anyway, he has a different recollection of our conversation after I fell. I have to go with mine still, but I can’t completely disregard his. According to him I was saying yes and no to about any question he asked me. I can sort of see that because I was still trying to absorb what happened and exactly what I thought about my injuries. I don’t think I was as mixed up as he described. Anyway, he was a super nice guy and I’m glad I ran into him.

I didn’t even go over to the announcing stage to “volunteer” to do some commentary. I was pretty done and just took Bromont’s blanket and a couple pillows over to the finish hill and layed it down in the grass, under a tree. I watched most of the Pro race while dozing on and off multiply times. The Competitive Cyclist Team of Mancebo rode tempo at the front and kept it together for a field sprint. It looked like if the field was just a bit better, Competitive Cyclist would have more than had their hands full, but they did an okay job. Eric Young, Bissell, and current Professional Criterium Champion, won the stage over Eric Marcotte, Elbowz.

The 1/2’s didn’t race until after the Pros. It was a better race to watch for me because it was way less predictable and more aggressive. But, it came down to a, whittled down, field sprint too. Jake Langsley, Soundpony from Tulsa, outsprinted the Tulsa Tough tandem of Jason Waddell and Chad Cagle. I approached Jake this past winter about riding with our Team this year, but kind of dropped the ball on it. He is going pretty great, winning the Mt. Gaylor stage and then the criterium on Sunday. He is in form for sure.

Bill drove nearly the whole way back while I laid in the backseat and “rested”. It rained like crazy for a hour or so just before Kansas City. I love spring time because of the weather. I have a doctor’s appointment in Kansas City this afternoon. I have no energy or desire to do that, but am going to drag my butt down there anyway. I have pretty much decided, after all the input and reading, that I am going to just wait it out and see how good my arm works on its own. I’m not big on doing operations that have just a so/so chance of making it better. Maybe the Royal’s guy will convince me otherwise. I doubt it.

Trudi is flying back from Switzerland tonight. She is going to be beat. I guess she ate something bad just before she got onto the flight, so isn’t feeling very good. That must be miserable. Okay, I have to go and unpack the van before I completely run out of juice. 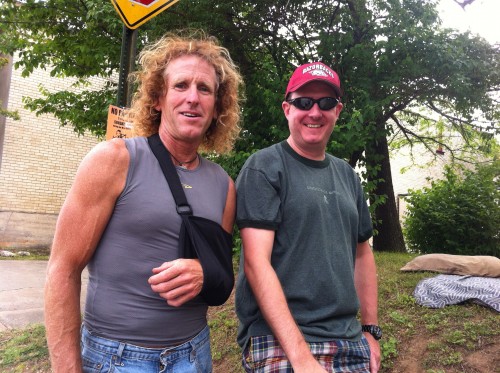 Me, looking a little wild, and the guy that first came upon my crash scene. 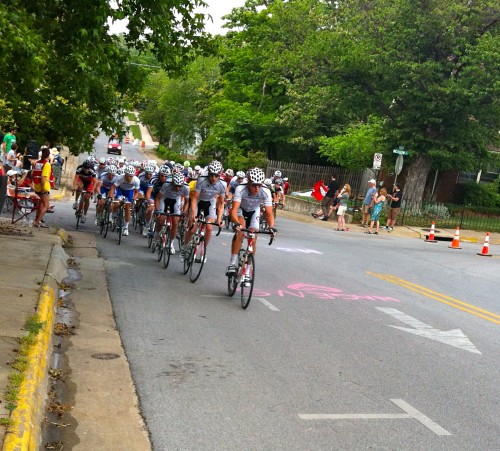 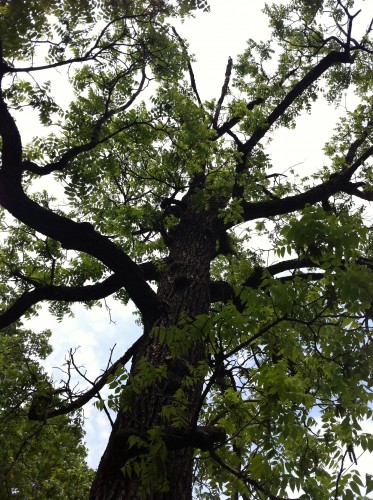 My view of the criterium from the blanket. I love this tree. 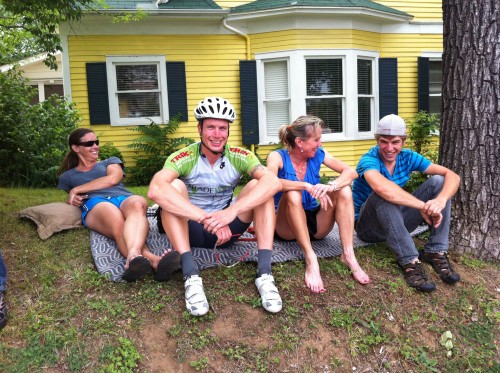 Somehow I lost my blanket to my Kansas gang sometime during the 1/2 race. 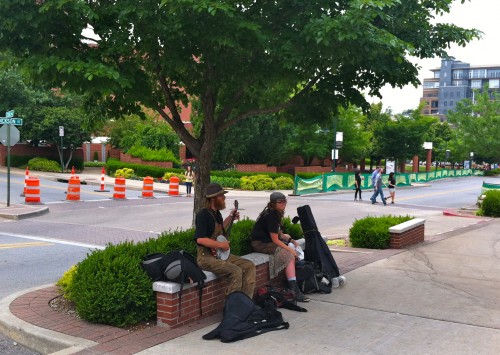 I listened to this guy sing a while on the backside of the course. His dog looked happy, so I assumed he was a good guy.

7 thoughts on “The Criterium was a Blur”