I’m not sure it was the best thing to do hangin’ around the race this weekend. I feel more exhausted than I would have been if I would have raced I’m sure. I’ve separated shoulders before, but nothing to this extent or pain level. It wasn’t good all day. I’ve been eating Perocets by the handful, so most of my conversations that I had yesterday are a distant memory.

People were saying strange things to me all day. I’m not sure if it was because I hit my head or what, be some things just stood out as seeming extremely weird. One of the nurses at the hospital told me that the scriptures say “That life is just a vapor.” I didn’t try to figure out where that is from, but it kind of struck me. And then the waitress at waffle house said, “I’m your butter temptress.” I could have gone my whole life without someone saying that to me I think.

I got a call from the hospital yesterday asking about my care. I’m pretty sure someone I know called them to complain about their lack of service, especially addressing a head/neck injury. I can’t think of any other reason that they would call me to talk to me about their service. I told them what I thought. I hope they do something with it that will make it better for the next guy.

The races yesterday were crazy hard. I think mainly because of the wind and mild heat. It was blowing over 35 mph most of the time. The 1/2 race split into bits. The Pro race was more controlled and most likely easier. They came in as a big field. I forgot to mention that my friend, Amanda Miller, won the women’s TT on Thursday. That was a great result, again.

I got a million emails from people from all over the country about my shoulder. Seems like about everyone that reads this has separated their shoulder one time or another. The ones that interested me most were from doctors. I got, maybe, 5 or 6 from ortho guys that had separated theirs. It seems it is pretty split down the middle whether to surgically fix it or just wait it out and see. I have an appointment on Monday with the ortho doctor that does all the pitchers shoulders of the Kansas City Royals. I have to assume that guy know shoulders better than just about anyone, so I’m going to listen to him intently. Then I’m going to talk to Eric Heiden, the team ortho from BMC and listen to him intently. And then probably wait it out for awhile to see if it works at all. At least that is the plan now.

I was asked to announce during the criterium on Sunday during the PRO race. I’ll see what my Perocet consumption rate is tomorrow before I make that decision. I was planning to not take any today, but just a minute ago I realized that wasn’t going to fly, so I thought I might as well start earlier than later. I’m breaking them in half and taking them twice as often.

I’ve got friends racing all times of the day today. Catherine had to get up and do the TT this morning early and is racing a road race now. My team isn’t starting the road race until 3:30. It’s all over the place. Okay, once again, I think I’ll take a nap. Sleeping isn’t really working out that well just yet. 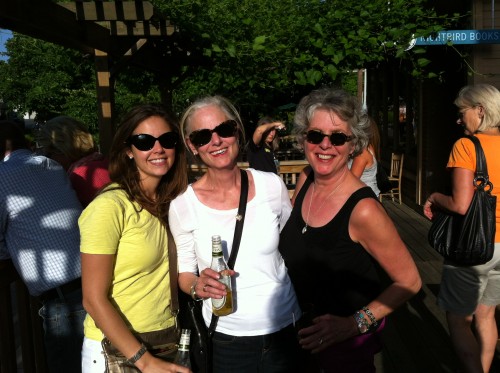 Wandering around has its upside too. I got my enjoyable annual meeting of Nancy Martin. This is her daughter and sister. 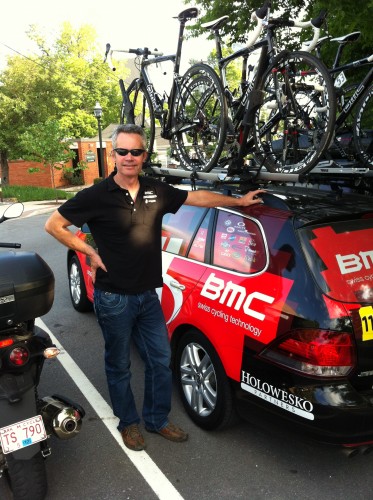 I haven't met up with Thomas Craven, a friend and ex-Wheatie/Schwinn team mate since he took aver the reins of the BMC Developement team. 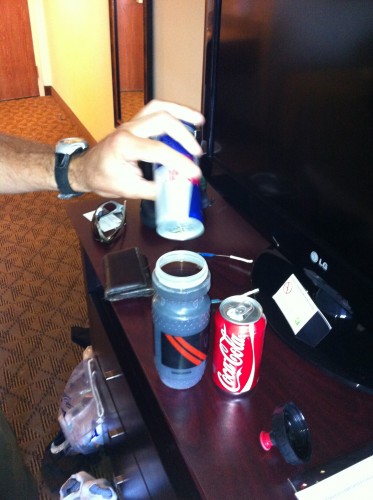 Bill's last bottle for the top of Mt. Gaylor. Red Bull and Coke. 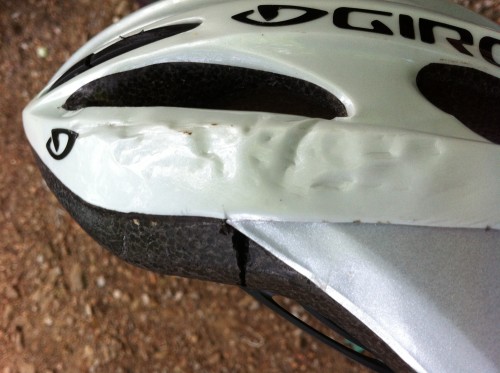 Sometimes I'm remiss on wearing my helmet, but can't complain about having it on in this instance. 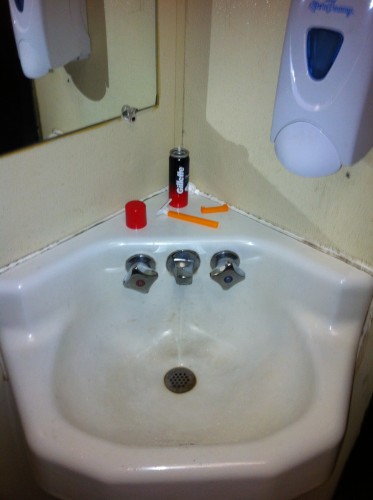 We've been eating at Waffle House for breakfast. I thought this was so appropriate to find in the men's restroom there.

9 thoughts on “Hangin’ at Joe Martin”