When I got down to Austin yesterday afternoon, I needed to work with my bike a little bit. I was messing around and finally took a good look at the bike that Sue is borrowing from Jimmy Hoyt and Richardson Bike Mart.

I knew it was a signed Lance Armstrong Madone. Upon closer inspection, I saw that it was a signed special addition frame. It is number 7 out of 600. It was from when Lance had only won 6 Tours, but he did go on to win the 7th, so it pretty unique. It is one of Jimmy Hoyt’s personal bikes, but he lets Sue get it and ride it whenever she is in town. Pretty nice of him.

Riding in Austin yesterday around here was trying for Sue. And me, to a certain extent. We didn’t get here until mid afternoon and by the time we got out and rode West over the dam, it was 5 o’clock. Needless to say, there was a whole bunch of traffic. That, in my opinion, is the main problem the city of Austin has for cycling. Way, way too much traffic. Especially out in the Hill Country where there aren’t that many road that connect different rides. But, everywhere has issues.

It was 90 degrees yesterday and when I was climbing, it seemed hotter than ever. Even though it’s been nice this spring, I wasn’t ready for that yet. Okay, I need to get going. 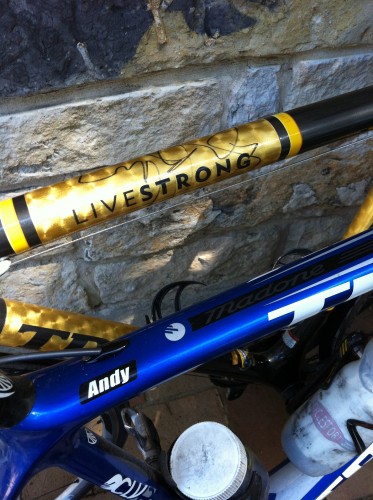 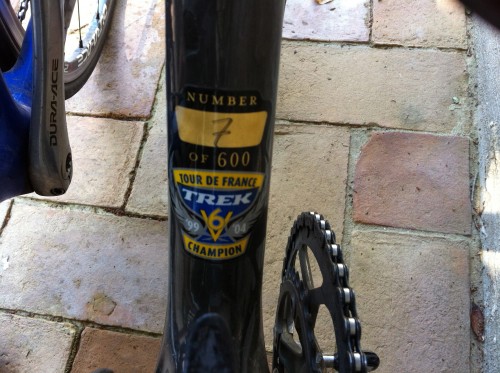 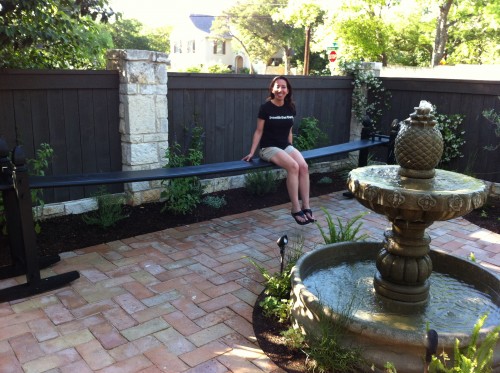 Ann on her new Joggling board. 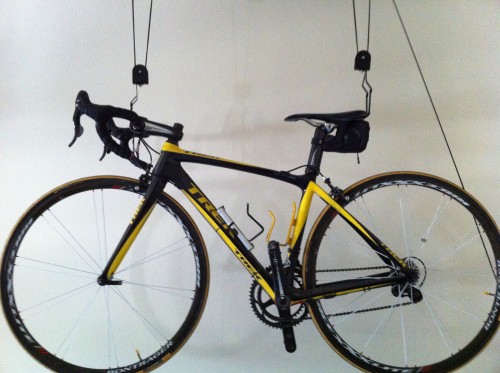 And Ann's project 1 Madone in her garage. She has become runner now, but is just starting to get injured, as all runners do, so she needs to get out on her bike some.