There had been a lull in the sport of cycling pertaining to drugs recently. Enough of a pause that it sort of gave me hope about the direction of the sport. But, I think I was just thinking optimistically, mainly because there hadn’t been much in the cycling media about it. Now there are a whole slew of new guys showing up positive. I’ll never race my bike in South America again because it is so polluted.

I’ve come to the conclusion that unless the sanctions become unbelievable strict and seemingly unfair, then there is never going to be an end to all of this. The current regulations aren’t doing it.

Ultimately wouldn’t it be nice if cyclists were more like golfers. I don’t think a professional golfer has it even in the back of his mind that he is going to move his ball to get a better stroke on it. It is beneath his ethics. We somehow need to instill in everyone concerned, that it is completely not acceptable to have any connection into drug usage in cycling.

All of a sudden, it is reported that there are these new drugs that are rampant in cycling. Drugs that most of us have never heard of – AICAR, Telmisartan, and others. It has been reported in numerous places on the internet that there are close to 100 variants of EPO that are undetectable. The French police found the evidence that linked the drug to teams during the Tour, but the UCI refused to retest the samples, as if that would have shown anything.

The Spanish authorities arrested a Columbia doctor that has been linked to doping in cycling for the past decade last week. This guy, Beltran, had AICAR and TB-500 on him when he was arrested at the airport. He has worked for a ton of Spanish teams. It is amazing to me that a guy like this can stay under the radar in this day and age of the sport. It shows me that there isn’t a radar, it is just a perception.

There needs to be a house cleaning from top to bottom. And there needs to be new sanctions created that deter athletes from even thinking about using drugs. I can’t believe that the same guys, over and over, are racing and winning after so many problems. Look at Oscar Sevilla currently winning the Veulta Mexico. He served a 6 month suspension for having Hydroxyethyl Starch in his system, which is a masking agent. This is after already been caught up in Operation Puerto and then riding for Rock Racing. It is a joke that this guy still races bikes professionally. If I was in charge of the world order, he would never be allowed to do one more pedal stroke, ever. Shot on the spot if ever seen on a bicycle. That is just about how serious I am about how severe the sanctions need to be from now on.

But, as long as there are the same players in place in all aspects of the sport, plus this new break away professional league thing starting, I have serious doubts that anything is going to change. It is pretty depressing when you really thing about it. 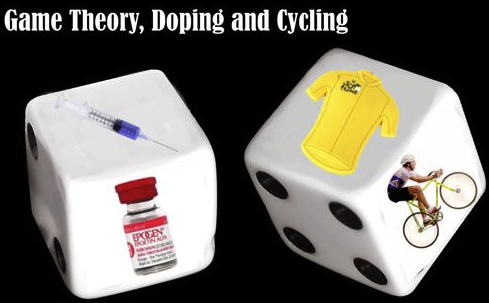