A few posts ago someone left this comment – And there is more to being a good writer than simply owning a computer. This article would be even more effective if written in clear, simple English, complete with appropriate syntax, matching pronouns etc. Next time you’re in the peloton, be on the lookout for a good copy editor. Suck his wheel for a while and you’ll both be better at what you do.

I’m sure it makes total sense to him, but to me it was an insult. One that has a lot of truth, but those are the best.

Here’s the deal, once again. I don’t profess to be a writer. Not even close. I do have a bunch of errors in each and every post. But, I’m pretty sure I can’t write this in any more simple English than I already do. I pretty much write like I talk. I am a bike racer, not a writer. I spend more time than I’m comfortable with already posting here everyday. With that being the case, I have hard time justifying doing anything more than just putting down what comes across my mind at the time I’m posting it.

I have this screwy part in my personality that I don’t really like reading stuff about myself. I like to know about the article or writing, but I, at best, will just skim thru it. I think that same part of my brain is the one that doesn’t allow me to go back and reread my posts. I don’t really like reading anything I write. That is one of the reasons that there are so many editorial issues. Another is that I have no patience for it. I am pretty much ready to be going for the day and don’t want to spend another second on the task. And third, I probably couldn’t correct the posts to be grammatically correct even if I wanted to.

I think the purpose of writing is to convey information and thoughts from one person to another. I do that, most of the time, in a round about way, but that is the way it is going to be. If you want sanitized observations about cycling, you should go down to your newsstand and pickup a Bicycling Magazine, because that isn’t what you’re going to get here. 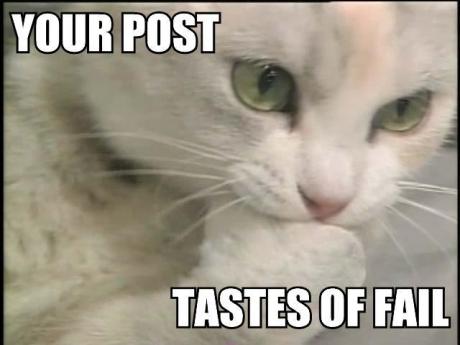