Back in Kansas. The drive yesterday went pretty good. It snowed and rained a little, but nothing to write home about. We got back to Topeka around 11. I had to go to the car wash and spray off the van. Mainly the undercarriage. There is so much salt up in Wisconsin and Minnesota that my van complains every time I go up there.

I’m not sure why the winter seems so short this year. Maybe it was because I raced cross until the 2nd week of January, or maybe it was because it was so warm all winter, I don’t know. But, it is half way through February and it seems like spring is nearly here. It is supposed to be in the 50’s for the foreseeable future here in Kansas.

I rode a lap of Dennis’ driveway yesterday on my cross bike before we left. The motion felt soooo good. Probably because I am so tweaked from skiing. I’m not use to this weight supportive exercise.

I’m heading down to Austin next weekend to race a couple weekends. After that, I’m haven’t really looked. I see that there is MTB race at Lance’s old ranch the first weekend of March. That is the same time as Lago Vista on the road. I am probably going to throw my MTB into the van just in case I get the urge.

Okay, I have a bunch of stuff to catch up on now. I need to get into a gym sometime soon. I’ve been saying that for awhile, now, but after skiing, I can tell I am missing a bunch of little muscles that I could use for cycling. I hate the gym, not as much as riding indoors, but close. But, I’m going to have to bite the bullet, succumb and give in. I still am a bit sick, so I’m going to use that as an excuse for the next few days. Next week. 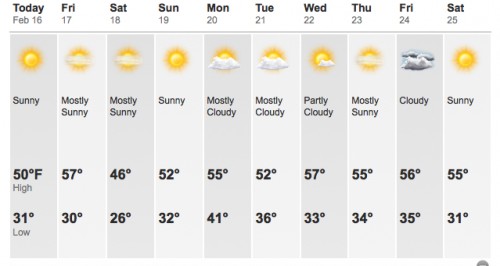 The weather for Topeka the next 10 days. Not too bad. 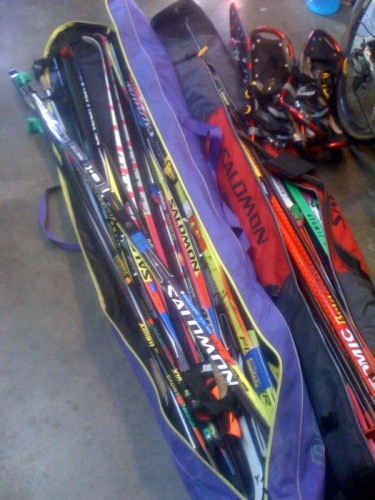 Time to put the skiis and snow shoes back in the basement for another year. I didn't get to use them much this year, but it was still fun.

3 thoughts on “Back to Bikin’”