I’m pretty sad to say it, but I’m flying out of San Diego and heading to Minneapolis today, to eventually get up to Cable to ski some. I had a great time in Southern California. The weather was beyond nice. And it is probably the best place in the world for me to train.

I’m not exactly sure how many miles I’ve ridden the past week, but it has to be close to 500. That is pretty great for this time of the year. I didn’t get to see a bunch of people that I’d hope to see this week, but that is how it goes.

Last night, Don and Sue took me out for a pre-birthday dinner. It was super enjoyable. We went to downtown San Diego and walked around. We went to three places, but I couldn’t tell you their names. All were great. There is incredible people watching there. There are a ton of street people sleeping everywhere, especially the sidewalks. I saw a homeless guy, laying next to his shopping cart, looking at a iPhone. Pretty nuts. Plus a ton of other stuff that seemed out of place.

Then we decided to go down to Mission Bay and do some stand up paddling. It was after midnight by the time we got the boards loaded up and drove down the hill. A few of the parking lots closed at 10pm, so we had to look around a little to park. I’d never done it before. It was memorable. The moon was nearly still full and the water was so still. I didn’t even get my feet wet. That wasn’t the case for everyone there. I plan to do more of it next time I’m out here.

I hear the snow on the Birkie trail is alright. It looks like it is going to be close to a 60 degree temperature swing from the high here in San Diego to the high tomorrow in Cable. Okay, it’s close to 3:30 am and I have to get moving to the airport in 4 hours. I’m lucky I sleep good on planes.

Did you happen to catch any of Tyler Farrar’s interview after yesterday’s stage in Qatar. “This team is a joke. Greipel’s team signs the best of the former HTC leadout train, including [Adam] Hansen and Hendy [Greg Henderson]. Eisel, who beat me to the line today is picked up for Cav, Boonen’s going like he’s back on coke again, and all these young guns are coming at me like a fucking tennis ball machine gone mad,” commented a livid Farrar.

When asked to clarify what signings were a joke, Farrar replied, “Bauer. Haas. Klier. I mean it’s a buffet of opportunists for the classics, not a group of guys who can deliver me to a finish line. Fischer is the best I’ve got? Seriously? C’mon, this team is a joke. Vaughters promises all sorts of shit, and then all he cares about is time trial crap because he thinks it’s all Salinger ‘pure’ and shit. Man, I gotta go to a new team that knows what they’re doing. I shouldn’t have flatted,” continued Farrar.

That might have been the worst interview I’ve every seen by a cyclist. He needs to go back to media training for sure. 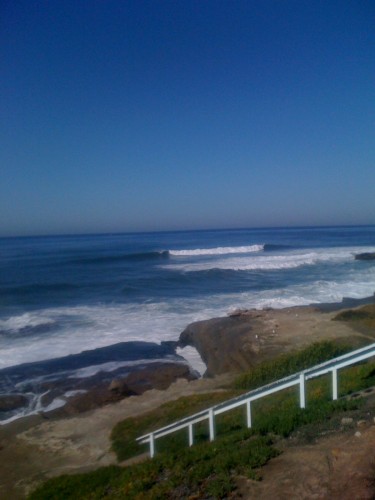 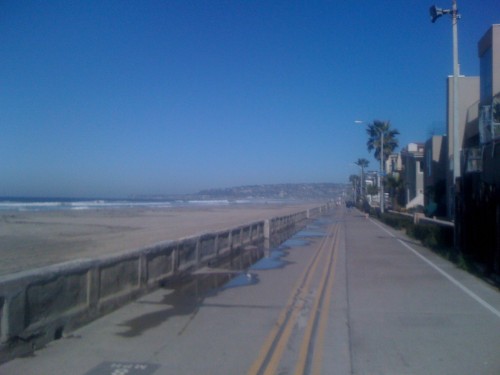 The strand in Pacific Beach. 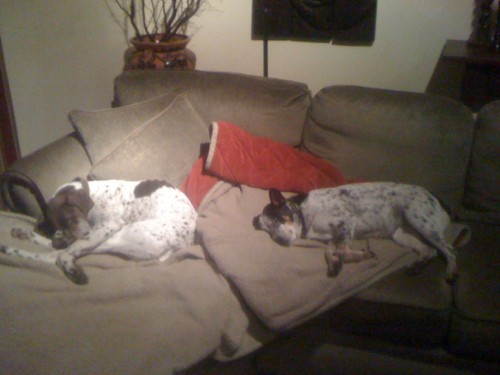 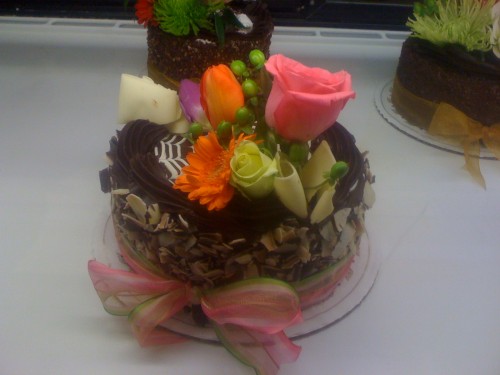 A cake at the place we went to get dessert in downtown San Diego last night. 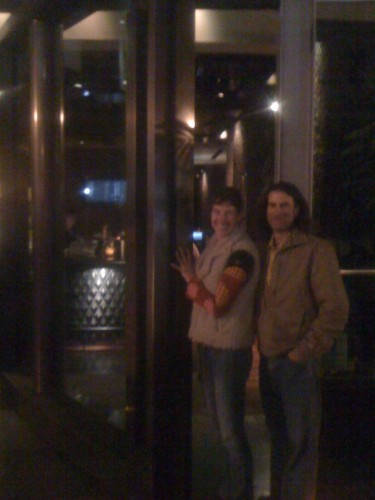 Sue and Don in front of the biggest door I've nearly ever seen.