Rules: Race runs rain or shine. All USCF and NCCA rules apply. Riders must wear helmets at all times. Course is open to
traffic; obey all traffic regulations. Centerline rule is strictly enforced. Littering on the course is prohibited. You will get no
warning—you will be disqualified and fined by the CHP on your first offense. “Appropriate clothing policy”: if a rider does
not have appropriate gear suited to the cold weather, then they will not be allowed to start.

I thought, wow, they must think it is going to be cold and, wow, a clothing rule. I’ve nearly never ran into an “appropriate clothing policy”. Is a policy a rule? Anyway, I’m wondering who decides what appropriate clothing actually is. Is there a cycling official Maitre d’ that makes sure you have the right clothing on? I don’t get it. I don’t really understand it. Maybe they’ve had a problem with all these LA and San Diego guys showing up at 4000 ft. in January and getting caught it a snow storm?

The only other time I’ve been associated with anything near this is at The Tour of Southland, in Invercargill, New Zealand. There was a TTT for the prologue and when we pulled up to start, the UCI commissaire, who was from Japan, told us to take our knee warmers off. This was 1 minute before our start. He didn’t speak English and we didn’t really understand what he was talking about. It was in the 40’s. So, we frantically ripped our knee warmers off and barely made the start.

After the race, I asked our team manager what that was all about. He went and talked to the commissaire and the next day he brought me a printout in English that explained there was a UCI rule that addressed clothing extending below your knees. Mainly concerning aerodynamics. A couple stages later there was a time trial. I had flatted the day before and got a crummy wheel change, so I was pretty much out of GC. So I was going to roll the time trial. It was barely 50, so I had on knee warmers and a long sleeve jersey. Going to the starting ramp, the UCI guy stopped me and told me it wasn’t cold enough to wear knee warmers. In sign language since he didn’t speak any English. So I just took my knee warmer and folded them up over my knees, to abide by the official rule. He didn’t think that was too funny and there was no way he was going to let me start in inappropriate clothing. So, I scrambled once again, not that it really mattered, took off my knee warmers and rode the TT at 20 mph.

Seriously here, I don’t think it is anyone’s business, other than the rider, how much clothing a rider wears when he is racing. If this appropriate clothing rule would be enforce in cross, I wouldn’t have been able to start the last few National Championships in shorts. I usually don’t like anything over my knees. I’ve been training down to around 50 degrees bare legged recently. But, there are tons of guys that wear leg warmers over 60. To each his own. It is ludicrous to think that someone other that the racer themselves should decide on the appropriate clothing.

I don’t think it is going to be an issue on Saturday. The temperature is supposed to be in the mid 70’s in San Diego. I can’t image that it could be that much cooler at 4000 ft. altitude.

Since we’re on the subject of cycling clothing, The Clymb has a bunch of Craft cycling stuff on sale that seems pretty cheap. Here is the link, you have to sign in to view, but it’s not a long procedure. 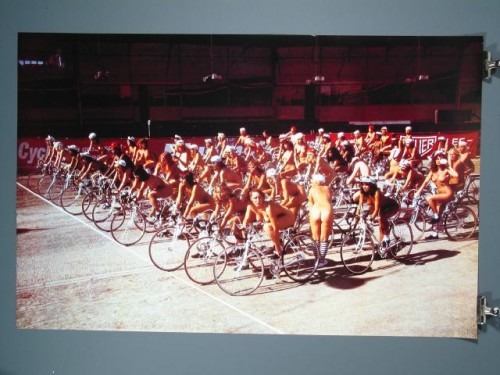 Pretty wouldn't be able to start in San Diego? 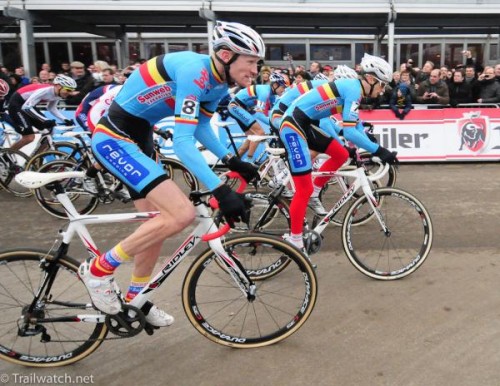 Kevin Pauwels probably couldn't be wearing these in New Zealand.