Yesterday I didn’t spend one second on a bicycle and I am pretty toasted. I’ll say it once again, it is amazing how horrible you can be in any other physical activity when you are supposedly in shape for riding a bike. I really don’t understand it, but it is true.

I spent most of the morning on my knees cutting wood and measuring. By the afternoon, when it came to the real work I was already sore. That being said, it is a good physical workout. More equivalent to weight lifting than anything else. Plus, since it’s winter, the temperature and body temperature regulation is kind of tricky. I got all dressed for standing around at 40 and pretty soon I was down to a T-shirt sweating. Then, later in the afternoon, when the sun had moved further west, we were in the shadows and it was cold again.

The roll of rubber weighs close to 400 lbs. and we had to carry it over to my building to spread it out on the roof, to hopefully, let the creases flatten out. It was rolled into a cumbersome load, so we re-rolled the rubber and put it on a 4 x 4 to carry it. That wasn’t so bad, but I’m sure I’m going to be feeling it tomorrow.

I guess I can call it training for surfing. I still plan to learn how to surf sometime before the meat of the season gets here. I have pretty strong arms already, but they haven’t been in use much recently. Guess they are now.

I like construction because it takes a fair amount of intellect. It is like a puzzle that you have to solve in a specific order. Especially doing renovation. No two guys will do the exact same thing in the same order, but it can turn out nearly the same at the end. Kind of like racing, there are lots of different ways to get to the finish line first depending upon you’re personal abilities.

It is kind of funny, but I always assume that the guys that are working at the roofing company know how to use everything they sell. That is far from the truth. Most the guys behind the counter have never adhered a square inch of rubber to anything, but for some weird reason, it is hard for me to realize that. I think they are experts, but now that I’ve done it a few times, it is apparent that they don’t really have a good idea how to do it or what most the stuff they sell is for. Seems wrong, but I’m sure it’s the case in most businesses.

Man, how about Alberto Contador putting on 7.5 kilos on the off season. That is close to 17 lbs. I guess if your off season is 6 months long, then it’s just a little over a kilo a month. I have no idea how they do it. I would be in complete panic mode if I was anywhere near that much “overweight”. Plus, the guy weighs a lot less than me. Maybe Alberto needs to get some pointers from Valverde, since his last off season was 2 years and he came back firing on all cylinders. Or maybe he should just do a little construction in the off season to stay in shape. 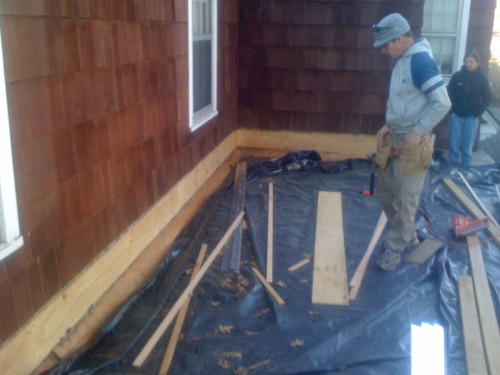 Bill and Trudi checking out the mess I made this morning before they showed up. 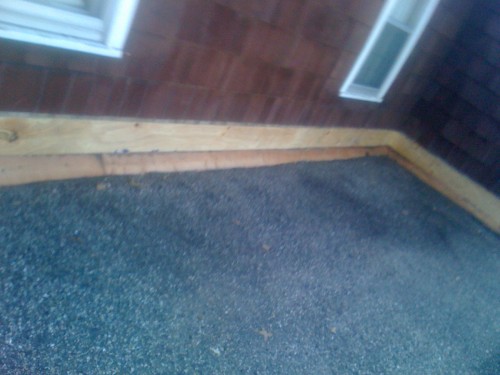 We didn't remove the old tar and gravel before covering it with insulatlion. 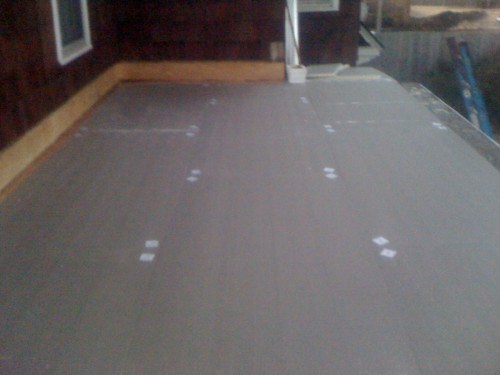 The insulation partially down. We are running sort of short of the screws and plates to secure it to decking. They are stupid expense with the screws costing close to 75 cents each. I think we are maybe 20 short and they only sell them in 1000 qualities. I'll figure it out tomorrow. 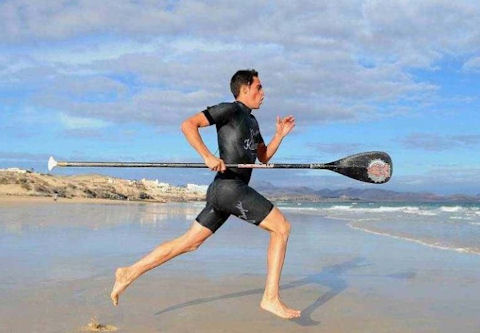 Even Alberto is using the ocean during the off season, a little more buoyant than usually. 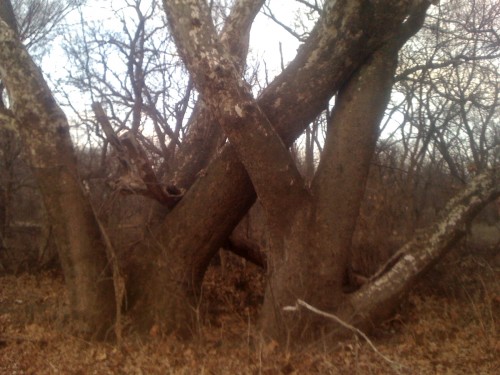 I saw these trees a couple days ago coming back from a ride. I thought they were very interesting/pretty being interwoven like they are.

7 thoughts on “Roofin’ not Surfin’ Yet”