Yesterday I did a long version of a lap around Lake Geneva in Wisconsin. It was in the lower 40’s and the wind was blowing, around 30 mph. I was wearing headphones and kind of struggling with the wind and layers of clothing I was wearing. I over dressed so badly that I had to stop after 5 miles or so and strip a couple layers off. The sun was out, making it much warmer than it seemed when I left. I really liked the ride. Wisconsin is so much different than Kansas in the winter. In the summer too. Everything is so tidy. The farms are all cleaned up for the winter and everything seems in its place. In Kansas, the winter exposes stuff you can’t see the rest of the year because of the leaves on the trees and bushes. The desert has this same issue. I noticed this in Albuquerque N.M. when I was training there. When there is junk, it is exposed junk. In the Midwest, it is usually hidden most of the year behind vegetation. Not so much in Wisconsin, there isn’t much junk around.

Anyway, I was thinking about riding around the Lake and this is the first time I’ve done it in the winter. During Superweek, we ride over to the town of Geneva virtually everyday for a pre race ride, but I haven’t been here in the winter. I like it. The barren starkness of the lake and fields seems to fit the time of year. The wind just complimented the whole scene. It made me think of riding around Lake Geneva in Switzerland back in the winter of 1986-87.

I went over to Switzerland to race cross in the winter of 1986. I was staying in Aigle, in the French section of Switzerland. It is a little ways off the lake, maybe 20 kms. I had won the US Cross Nationals a couple times already, but was completely out of my league racing in Switzerland. The Swiss were then what the Belgians are now. The first couple races in Zurich, I was getting lapped by Albert Zweifel and Co. They would go by me like I was on a tricycle and they were riding motorcycles. I got better by the week and eventually started finishing in the top ten sometimes. The existence was bleak and lonely. There was only one other person that I met in Aigle that spoke English, a British woman that worked at the bakery. I was riding with the local guys from Aigle, who eventually turned out to be some of the best cyclists in the world. Pascal Richard was the guy I rode with consistently. He won the World Cyclocross Championships the next year and then the Olympic Road Race in Atlanta later on. My pit kid was Laurent Dufaux, then 16, who went on to win stages and finish top 5 in the Tour de France and then got caught up in the Festina Drug Scandal later on.

Most Wednesdays I would take off by myself and ride a lap of Lake Geneva. It took close to 6 hours to do the whole thing. It was crummy training for cyclo-x, but I liked riding my bike, especially in Europe and really didn’t have anything better to do than ride and check out the scenery. I would stop over on the other side for coffee and a pastry and then keep going around. 1/2 of Lake Geneva is in France and the other half in Switzerland. Maybe closer to 1/3 in France and 2/3’s in Switzerland. Anyway, it wasn’t that much different than riding here yesterday. On the Swiss side, most of the houses that were on the road along the lake were closed up for the winter. Their shutters closed, covering the windows, and no humans to be seen. Everything was pristine though. It is Switzerland, where everything has to be exactly perfect. The French part was more like Kansas. A little disorganized and a little run down. I liked the Swiss riding better, I wonder if I still would?

It always amused me when I got home, my landlord guy would always come into my apartment and turn the heat completely off when I left to ride. I’d come back from a 6 hour ride, freezing, and the inside temperature would be around 40 degrees. I was living in a huge, modern apartment, on top of a saw mill that rough cut lumber. Every morning at 7 am, they would start the saws. It scared the shit out of me the first morning I woke, being jet lagged and all. I had no idea what the noise and movement was. Eventually I didn’t even notice and would sleep right through it.

Last night I watched the Woody Allen movie, Midnight in Paris. It was great. The thing that struck me is the theme of the movie, about not being happy with the current time you’re in. I’ve dealt with that some over the years, but after watching the film, I realize that I don’t really want to be in any other time other than the current. Life did seem simpler living over that lumber mill, only having to ride my bike. But I know that I’m in a better space now. I think the key to life is to try not to let things that really aren’t important draw too much energy or attention from things that you really want and must do to be happy and secure. That is very hard to accomplish now, compared to 25 years ago. Life is more complex now. There are many reasons. The media plays a big part. But other things too. All I know is that when I get on my bicycle, all dressed for the elements, and go out for a winter ride, life doesn’t seem that complicated really. Cycling does that for me. My wish for everyone is that they can find something they can rely on as much. 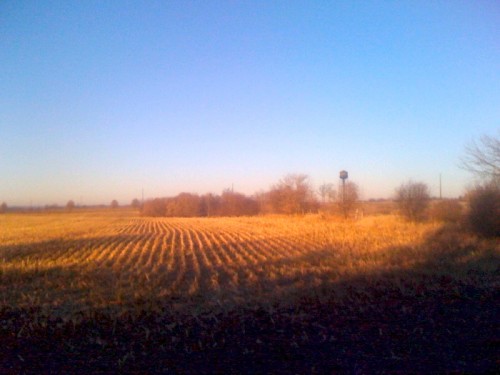 Everything is in their little rows and dormant in the winter. Makes riding just that much more special. 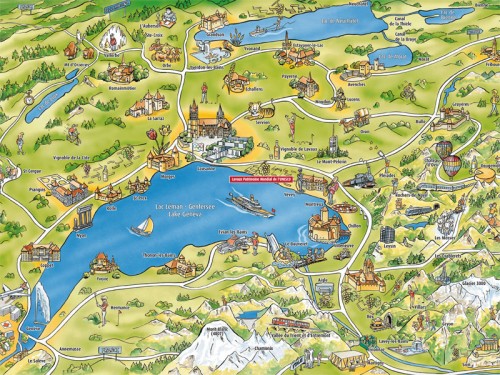 Aigle is just below the castle on the east side of the lake. It is where the headquarters of the UCI is now. You can click twice to expand. 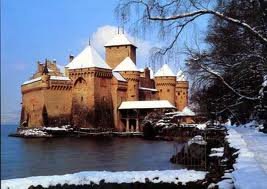 This castle was just up the road. It is incredible inside with ceramic fireplaces and ornate woodwork.

11 thoughts on “Riding for Life”