Yesterday was another long day and I didn’t spend a second on a bike, which is a drag. It’s a 600 mile drive to Chicago from Topeka. I had to make a detour to Wonder Lake to pick up a hot water heater I’d purchased. It was a lot of driving on small road near the Wisconsin border at night. The best aspect of the drive was doing a lap around the town center of Woodstock, Il. It is the main square that the movie Groundhog Day used. It’s one of my favorite movies/films of all times.)You might not think it is a film, but watch it a few times and you might change your mind.) It was a super quaint downtown, all lit up and pretty. I’m so glad I got to be there in person during the holidays.

Anyway, I got the water heater alright, the guy was super nice. I had gotten this email in the morning from a guy that reads this blog, that lives in Crystal Lake, a small town just south of Wonder Lake. He wanted know if we wanted to stop and have a beer with him on the way down to Chicago. I don’t usually just meet up with strangers, but I thought, why not? We hadn’t eaten and it was going to be getting sort of late for that. We met up with these two guys, Mike and Cliff at Duke’s in downtown Crystal Lake at 8 pm.

Dukes was super. A cool building, plus a super selection of beer, and good food. Cliff showed up first with his wife, then Mike a little later. I thought we’d be there for an hour. We didn’t leave until way after 11, and we left then mainly because the place was so packed with people that we couldn’t communicate anymore.

These guys were great. That is one of the best things I like about the sport, the friendships it brings. These guys were true friends. And they were passionate about cycling. Mike is a natural athlete that got into the sport late. Last year was his “big mileage” year with nearly 1500. I told him that he would be amazed how much better he could ride if he just doubled that number, or tripled, quadrupled it. Cliff had been riding more. He rides Chequamegon in around 2:40, which is pretty respectable. Really respectable. He has been doing P90X this winter with his wife and has lost 20 lbs. What’s up with this P90X thing? Anyway, their enthusiasm for the sport was refreshing. I’m pretty enthusiastic about cycling and these guys made me seem calm. I’m so glad I stopped and got to meet up with them. I’m sure I’ll be seeing them around now that we know each other.

The only downside about last night was that I’m kind of hurt from the whole ordeal. I only had 3 beers, but it feels like I drank 3X that. Plus, my throat is toast from talking through the loud music. I can barely swallow. Hopefully that will clear up quickly.

My van has been running pretty shitty since I left to go to Texas. I tried a bunch of different things, but it was still missing on the high end and idling. I got it back to Topeka to my diesel wizard mechanic that has a scan tool (not OBD2 scanner) and he told me that 3 injectors are not functioning properly. The injectors are $300 each, plus $800 to drop the engine to get to the valve covers and the injectors. He re-programed the computer and it idled and ran in town a bunch better. But I had the van “chipped” with a Diablo Sport product that brought the horse power up 60. I don’t care so much for the extra power, but according to the Diablo guys, that is the best tune for fuel economy. And it did bring the mpg up to around 20 most of the time. But, when my guy re-programed it, my program was lost. And maybe lost for good. I’ve tried to call the Diablo guys and see if they will send me the program to reinstall. The end result is the van feels pretty gutless on the highway. I’ll been driving up so long with power that the normal setting, minus the loss of power from the injectors, is not good. I’ve been looking into dumping some of that stuff into the gas that supposedly cleans up dirty diesel injectors. My mechanic told me it is a waste, but I’m not sure after reading some of the testimonials at the websites. But, they are testimonials posted at the websites. Anyone out there have any personal experience with the injector cleaner stuff?

I got an email from the Master’s Worlds stating that they were going to be doing qualifying races for any field that has over 40 riders in it. What a relief. I really thought the start procedure was set in stone and that it was going to be super unfair. All the categories were going to be around 70-80 guys and then random call ups would have been a nightmare. Now it is going to be short 40 rider races for start positions. Not optimal, but more fair for sure. I have to give Joan Hanscom, Bruce Fina and everyone else involved from the organizing committee a lot of credit for addressing this so late in the game.

I just got a call from Ben Raby, a friend of mine, that I raced with forever and he’s now a SRAM road marketing guy. I’m going to meet him out in St. Charles, a suburb to the West for a few hour ride. That should be super fun. Then some last minute shopping. The suburbs outside Chicago on Christmas Eve are something that everyone should experience at least once in their life. It is hectic and surreal. Okay, hope everyone can fit in a ride today. 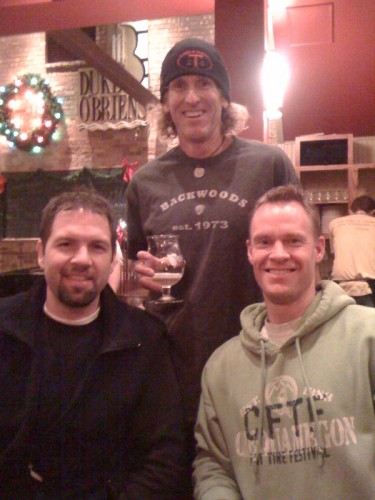 Cliff, me and Mike at Dukes. 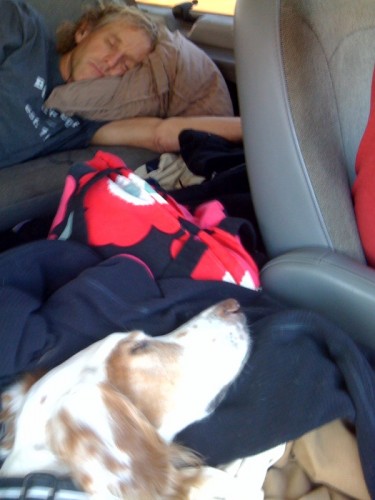 Bromont and I taking a rest on the drive. 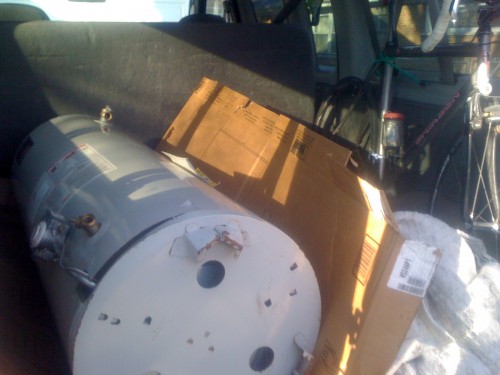 Picture of the back of my van this morning. 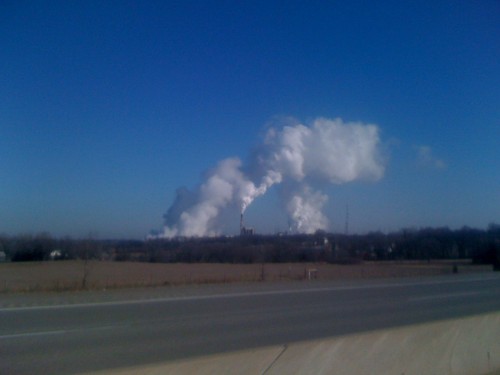 It seems like all the power plants I drove by were really producing power yesterday.