Yesterday I did, sort of, the Oklahoma State Cyclo-X Championships in Tulsa. The course was a much better course than the last time I raced it a few years back. The guys in Tulsa put the race on in less than a week because the race in Oklahoma City fell through last minute. That is pretty cool.

Anyway, the race was really a non race for me. I felt pretty good riding before the race, but was limping around from a hurt hamstring I re injured in Houston on Saturday. I thought since there was hardly any running at all, only one set of barriers, my leg would be fine. But it wasn’t.

I hate quitting races. But, before the race, I had decided that if it was feeling sore/weird/whatever, I’d stop. It felt pretty okay the first 3/4 of a lap, but towards the end of the lap there were a couple steep pitches you had to muscle over. These weren’t good. I rode just over 2 laps and pulled the plug.

It wasn’t like I was quitting a race I was winning either. Jacob Lasley (Team Soundpony) started like a rocket ship and looked like he never slowed down. I was worth doing the race just doing the first lap behind Jacob. He started a cross race like they are supposed to be raced. And, Matt Ankney, (KCCX), was going good too, even though he said he had hung it up a month ago, but couldn’t pass up a hometown race.

The only upside was that we got an early start back towards Kansas. Trudi had left the car at the Kansas City airport and we had to drive over there to pick it up, which was an hour out of the way.

So, I’m going to rest my leg and see what I’m supposed to be doing about it the next three weeks. It doesn’t seem to bother it much just riding on the road. It’s the running. I think it has something to do with muscle imbalance, but I really don’t know much about it. Today it is already sleeting, turning to snow later today. Big change of weather from Texas, but it is December after all.

We drove through Lawrence to have dinner on the way back from the airport and went by a house with the best Christmas light display I’ve ever seen. I’ll post it later today, since it’s less than a week until Christmas. 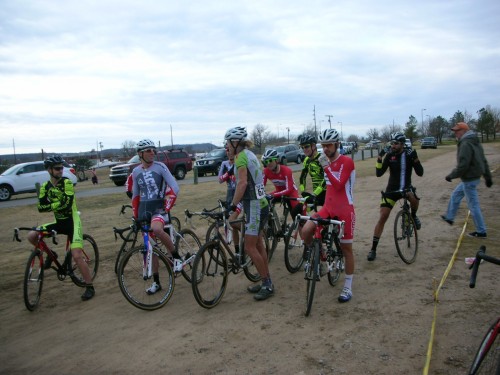 There weren't many guys at the start, but they were going good. 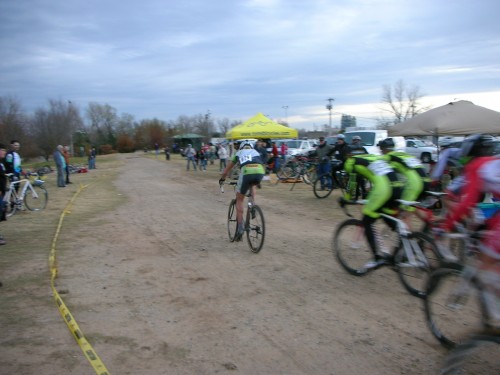 I got a good start, but that didn't last long. 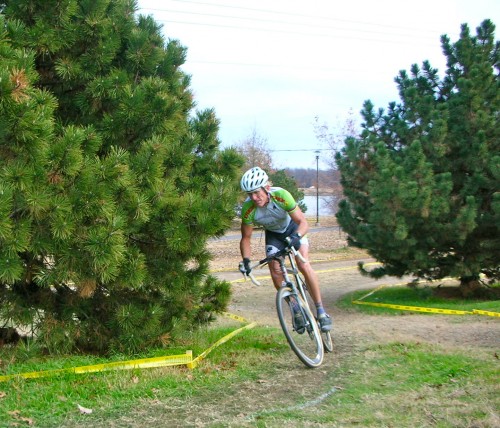 The course was fun, twisty, technical. 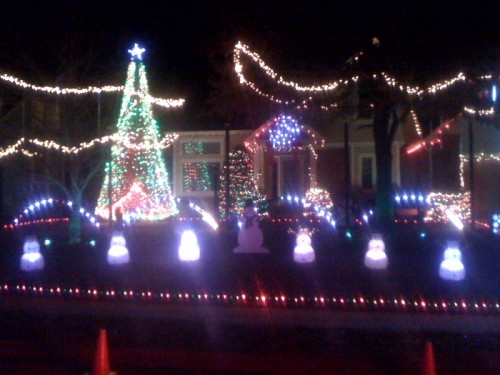 Preview of the light display. This is nothing compared to the show. 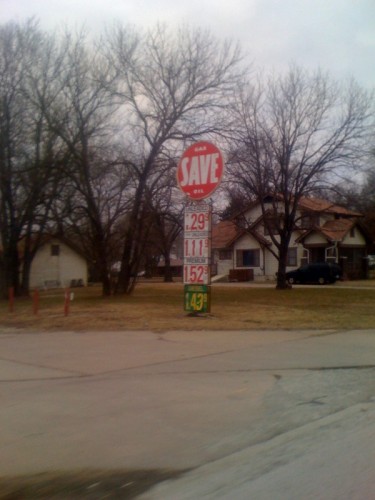 I've never driven from Tulsa to Kansas City, so it was all new roads for me. I like driving through the small towns. This station must have been closed for a while.