Man, was yesterday a long day. I first got up at 6 am and drove to Houston from Austin. Then raced a great cyclo-x and hung for a bit. Then we jumped in the car and did the long drive from Houston to Tulsa. It isn’t that long of a drive, really, only 500 miles, but the traffic in Houston and then in Dallas was pretty discouraging. Plus I got pulled over on a very desolate Turnpike highway in Oklahoma for going 82 in a 75. The trooper was super nice right from the start and just gave me a warning. He did keep my license for a while, so it sent us back about 15 minutes.

The race was a comedy of errors for me. The course was awesome. Maybe the best cyclo-x course I’ve ridden this season. Probably the best course I’ve ridden this season. But, the race went badly. I think the main reason was too little pressure in my rear tire. Before the start I put a few more lbs of pressure in my front tire, mainly because it was folding over a little on a fast road section. But I left the pressure in the rear. That was a big mistake. I don’t quite get it, but no matter how fast I pre ride a course, racing is just that much faster. So much faster that I thought I had a rear flat from the get go.

From the start, I got a great call up. I knew that Bryan Fawley and Paul Bonds were the two to watch. But, I didn’t hardly saw them. I missed my pedal big time at the start. By the time I got going, I was 15 guys back. There were 34 starters, which was a lot for Texas, maybe a recent record. I passed 4 or 5 guys back on the first bend and then dove another 5 coming off the pavement, but then the start of my tire folding over. It folded over, my rear wheel washed out, and I unclipped both my feet at once and straddled my top tube. So, the 10 guys I passed were ahead of me once again. That was about all she wrote. The next sections were super tight and the time gaps got established.

About 1/2 a lap in there was a group of 5 or 6 in the led and I was chasing another group of 5. I caught them just at another tight section, so had to wait to pass. In the meantime, Bryan and Paul had separated themselves from their group, which had exploded. I worked myself through my group and finally started picking off the single guys ahead. But, I was handling my bike like shit. Super tentative and slow. I started unclipping my inside foot on all the loose corners. Not a very good method for going fast on this course.

So, Bryan and Paul were riding away and I was getting mixed up with a bunch of guys that didn’t know whether they wanted to be racing for 3rd or trying to go fast during the race. My friend, Adam Mills, from Lawrence Kansas and a major sponsor of the race through his company, Source Endurance, had a bad start too and was working his way up to my group. I decided not to go hard until he got on. I got to rest pretty good and try to figure out how to corner efficiently with the equipment I had. Anyway, I took off with about 4 laps to go and thought that I had a fair chance of catching the leaders if they kept screwing around, which I thought was a pretty likely.

Then disaster two or three or whatever stuck. I was taking an off camber corner and my rear tire folded over once again. But, this time it popped off the rim. I think that this is the first time I’ve ever rolled a tire in a race without having hit a pedal and skipping the wheel over a bunch. (I’m going to do a whole post on this.) Anyway, a big section come off. I had a pretty big gap on the guys behind, so I had time to put it back on by the time they went by. I rode to the pit, but couldn’t find my spare bike. Trudi had taken it over and I made a mistake by not going by and seeing where it was. So after about 10 seconds of searching, I found it and got going. I was in 7th at this point, with 2 1/2 laps to go. I caught back up to the group going for 3-6th in about 1/2 a lap. I sat on for another 1/2 a lap and then took off. I had hoped Adam could come with me, but he just let me go. So I rode in by myself and finished 3rd. Bryan rode a tactical race and beat Paul in the sprint to win the Texas State Champion’s jersey.

Catherine raced pretty much right after we got out of the car. She got an unusual slow start for her and chased Catherine Hall Moore pretty much the whole race, but never caught her. They both looked like they were riding pretty good, so it was a good race.

I feel like I cheated myself of an experience. I don’t know if I would have won the race, but I surely know that I wanted to race with those guys for an hour to see I could have. I didn’t get much satisfaction with my finish.

The race was awesome. A super promotion, good prize money, custom trophies, free t-shirts, coffee, a mariachi band and pinatas. You name it, they had it covered. Austin is bidding for the Cross Nationals in ’14 and ’15. I hope they get it.

We pulled into Tulsa around 1 am and I slept good, but not enough. The race today is a race I’ve done before. It is the Oklahoma State Championships for cyclo-x. I pulled my messed up hamstrings towards the end of the race yesterday, so I’m going to see how it feels before I commit myself to race. 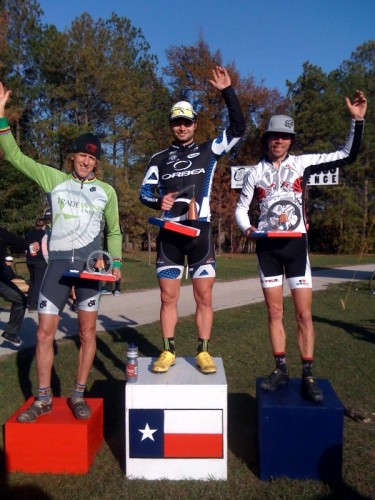 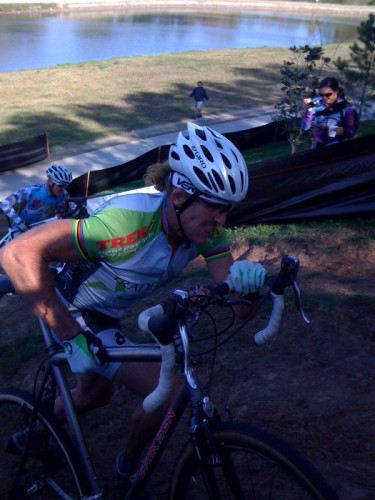 The run up from the path. 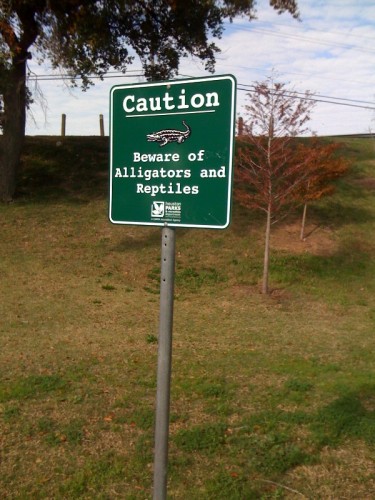 You didn't want to go wide down by the water. 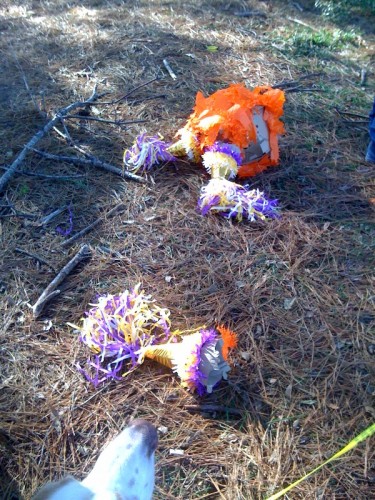 Fun between the riders coming by. 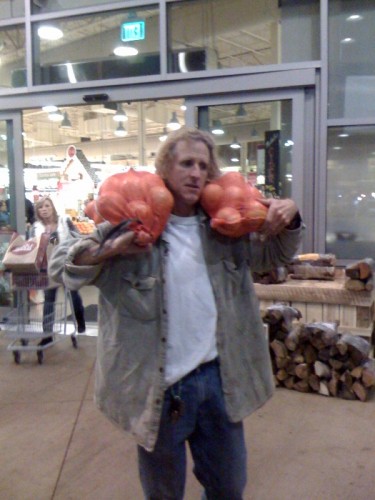 Can't leave Texas without buying citrus. The grapefruit was $7 for 18 lbs. 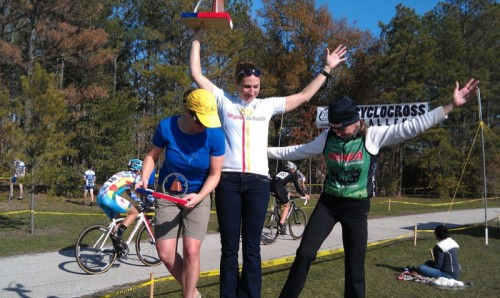 The women's podium. Must of been on a boat, the balance looks difficult. 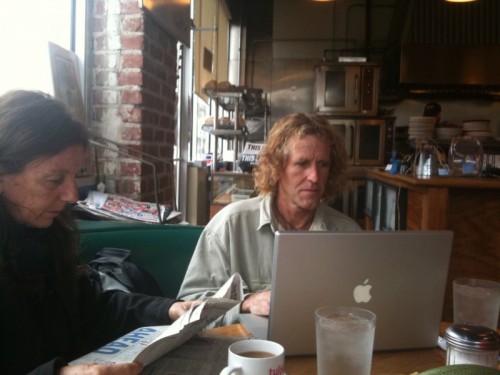 Sitting in the Blue Dome here in Tulsa this morning.