It was supposed to rain all day yesterday. It hardly rained anywhere I was, but I was pretty wet all day. 72 feels like 88 in December. Especially when it is 100% humidity. And that 100% humidity was the reason that I was wet all day. I started sweating from the first pedal stroke and didn’t stop for 5 + hours. They are really in a severe drought here, so they really do need some rain.

I wanted to get a few long rides in and 92 is longish, at least longish enough. Hopefully the forecast will be wrong again tomorrow and I’ll get in a few more hours. I rode mainly west, through the Hill Country. I did Lost Creek a couple times and then Barton Creek a couple times, across the dam and back. It was a lot of nearly retracing my route, but I didn’t mind.

I met up with Robbie Robinette later in the afternoon and got a good extended ride in. Robbie owes a company that trades some incredible percent of Nasdaq’s daily volume, maybe close to 10%. And a bunch of other commodities too. Whatever it is, it is mind boggling. I’ve had him explain it to me a few times in layman’s terms and still don’t get it. I know he hired something like 50 Phd’s in something, this past couple years to “tweek” his algorithm or whatever his program is called. Maybe USAC should hire him to get this ranking system figured out a little better? It would probably take him a short afternoon to make it run smoothly.

I got back just about dark. I stopped by Austin Bikes and got a spoke I’ve needed for a Shimano wheel for a couple months. (Someone stuck their pedal into my wheel training.) They had to order it. It was $15. Man, that is the most expensive spoke I’ve ever bought. I actually haven’t really bought any spokes for quite a while, but that seemed pretty crazy expensive all the same. I’m not blaming the guys at the shop, I’m sure the spokes are very unreasonably priced even at a wholesale cost.

I’m trying to decide if I’m going to race this weekend. The promoter from the Texas State Cross Championships told me about his race in Houston this Saturday. My hamstring feels better, but not perfect, or even close, but it might not ever feel perfect. I’m leaning towards going right now, but probably won’t decide until after the ride tomorrow.

It is weird having the air conditioner turn on the week before Christmas. The humidity is so high, that it is so sticky trying to sleep. Tomorrow it is supposed to rain again all day. If it is the same rain as today, let it pour. But, the temperatures are supposed to drop all day too, bottoming out in the upper 50’s in the afternoon. Burrrrr. 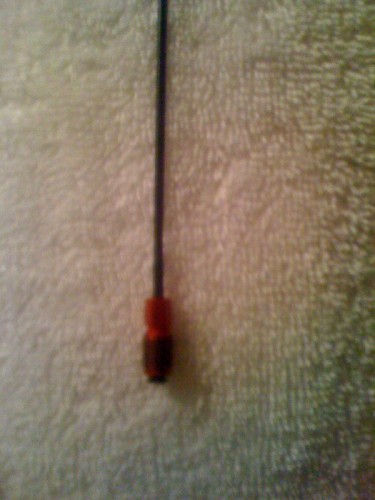 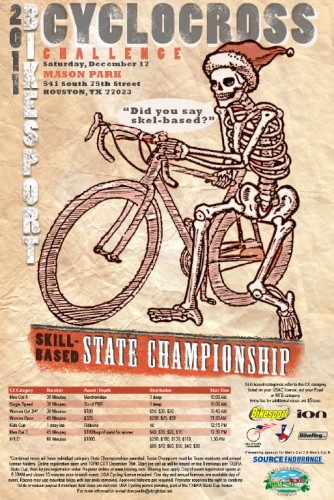 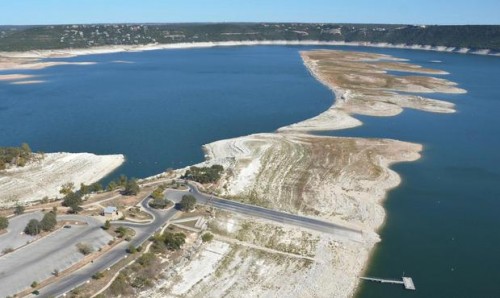 Lake Travis is so low that there are islands in the middle that you can walk to from the shore.