Yesterday’s post got me thinking about how it is so easy to judge a book by its cover. And about how in cycling, it is so important to not allow yourself to do just that.

It got me thinking of the Iceman Cometh MTB race back in 2003. I had won the race 3 times already, but the competition was better with Ryder Hesjedal coming there. I had pretty good form and thought I had a good shot at winning again. The race is held in Traverse City MI, in November, so it wasn’t that unusual that it snowed a bunch the night before, and morning of the race. Enough that they had to postpone the start a couple hours. By the time we started there was maybe 6 inches of snow on the ground. The race is a point to point race, pretty straight forward, with not that much climbing.

When the Pros finally started, we were riding through fresh snow with no tracks. It was all good until we started getting to the parts with short sand pits. They were buried beneath the snow and completely unmarked. I got ahead by a few hundred meters a couple times by myself and then I would hit deep sand and come to a complete stop and have to dismount and run until I found solid footing. In the meantime, the big group that was still together would come blowing by. Towards the end of the race, I put in a big dig and thought I’d made the winning move. But, no, just a few minutes later I was not moving again in deep, snow buried, sand. Before I remounted my bike, Ryder came blowing past me going fast. By the time I got moving again, Ryder was 300 meters ahead. I got caught by another group and then got twisted up in sand once again. I lost all motivation. I realized that the finish wasn’t far enough away to make up the lost ground.

Anyway, I was riding along somewhere in the top 10, when this guy wearing Levi’s catches me from behind. I’d seen the guy at the start, but didn’t realize he was still in our group. When he went by, I completely lost my shit and about 1/2 my speed. I couldn’t believe a guy in jeans was beating me in a race I’d thought I was going to win.

So, I was riding along slowly into the camp ground, where the race finishes, and just a U-turn ahead of me is Ryder. I was super surprised because I had assumed he had won.

We weren’t in contention, so neither of us were going at any pace. When I rolled across the line I asked Ryder what happened and he told me exactly my story. He was ahead and kept hitting deep sand, that he couldn’t see, and finally got so frustrated he just bagged it. And then he said something about the guy wearing jeans and how that was the last straw.

It is incredible how similar our days were. And our mentality. Winning was the only place that mattered. And it wasn’t happening that day.

I guess the moral of this story is that when everything seems to be going badly for you, you have to assume and hope that it is going just as badly for everyone else. And don’t let someone’s clothing choice dictate your opinion of yourself. I don’t anymore.

When I’m in a race like that now, muddy, treacherous, I check out a guy’s tires first to see if he has something on that is going to allow him to be competitive. If not, I dis-regard him. If so, I make sure I see how he pedals, from behind, to see if he has something that is going to make him competitive. That is usually all I have to do. Of course, there are exceptions to these two things, but this covers about 85% of the people I don’t know personally. And if they pass these two observations, then they are on my radar screen and it doesn’t matter if they are wearing speedos, in the snow. That is all because of the guy in the jeans. 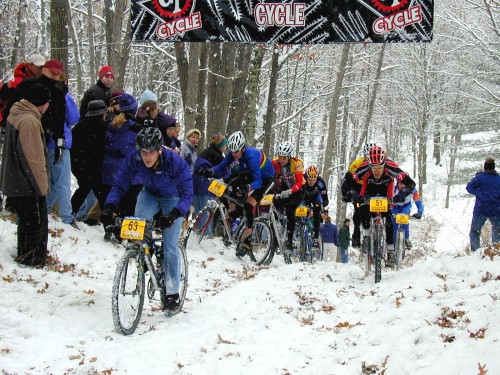 Here's the photo. Dave Walker it is. The internet is amazing. I guess I didn't notice him because I wasn't going in the direction of the course most of the time. Thanks Kentaro Inoue for finding this photo. 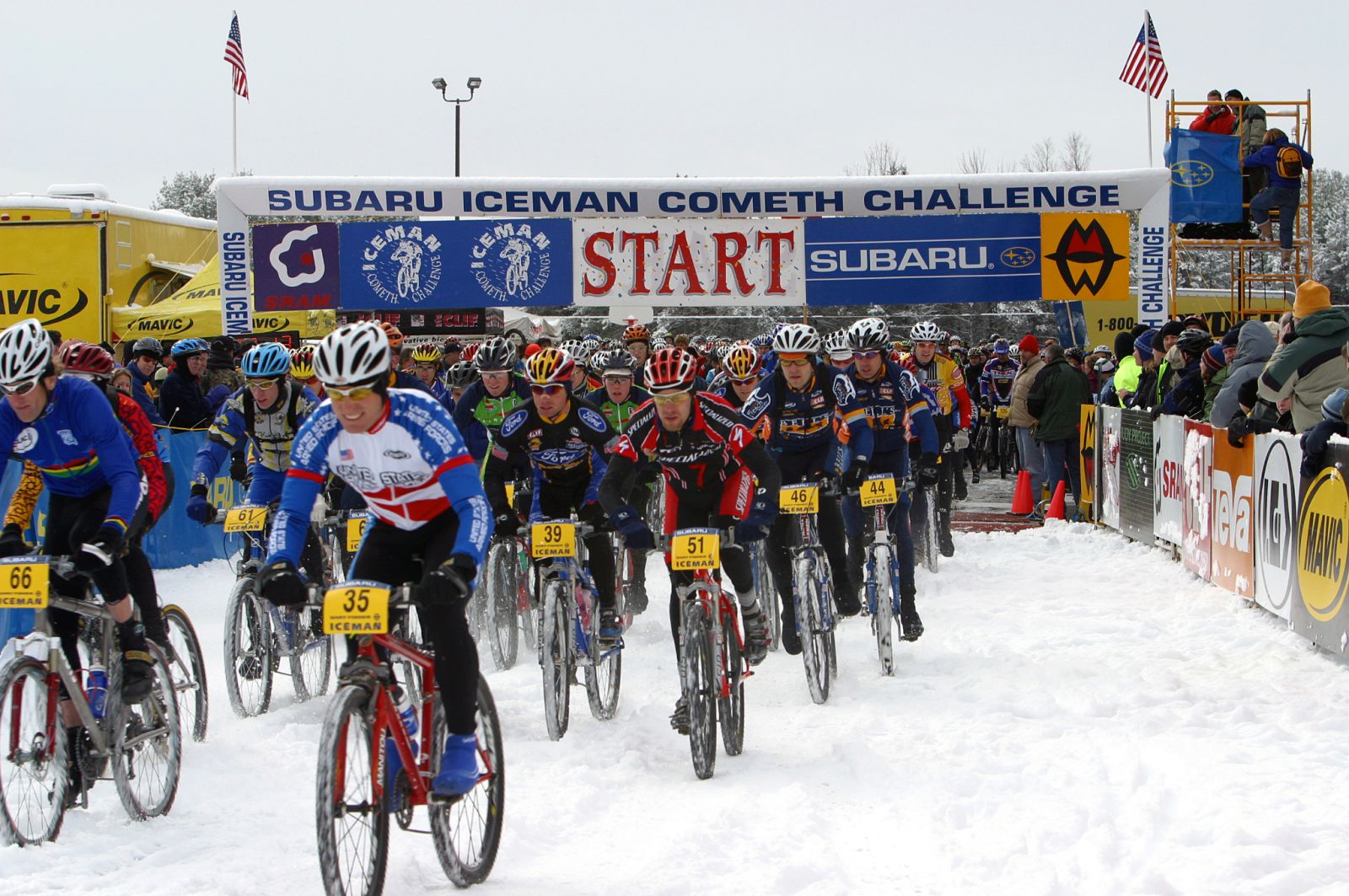 The start, I’m on the left. Tristan, a couple guys behind me, won the race. I don’t see the guy with jeans, that is even more depressing. 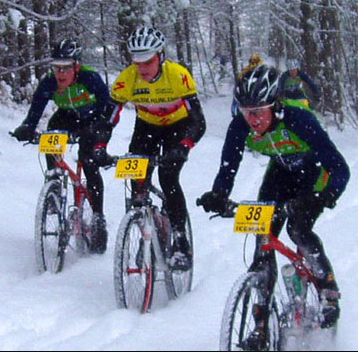 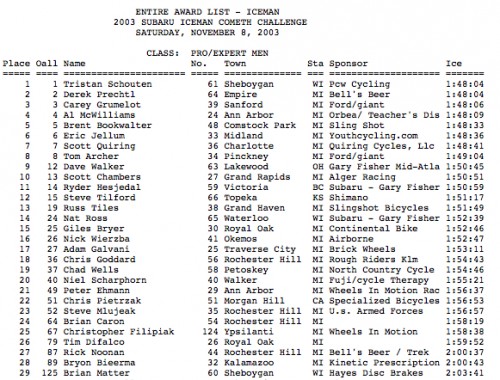 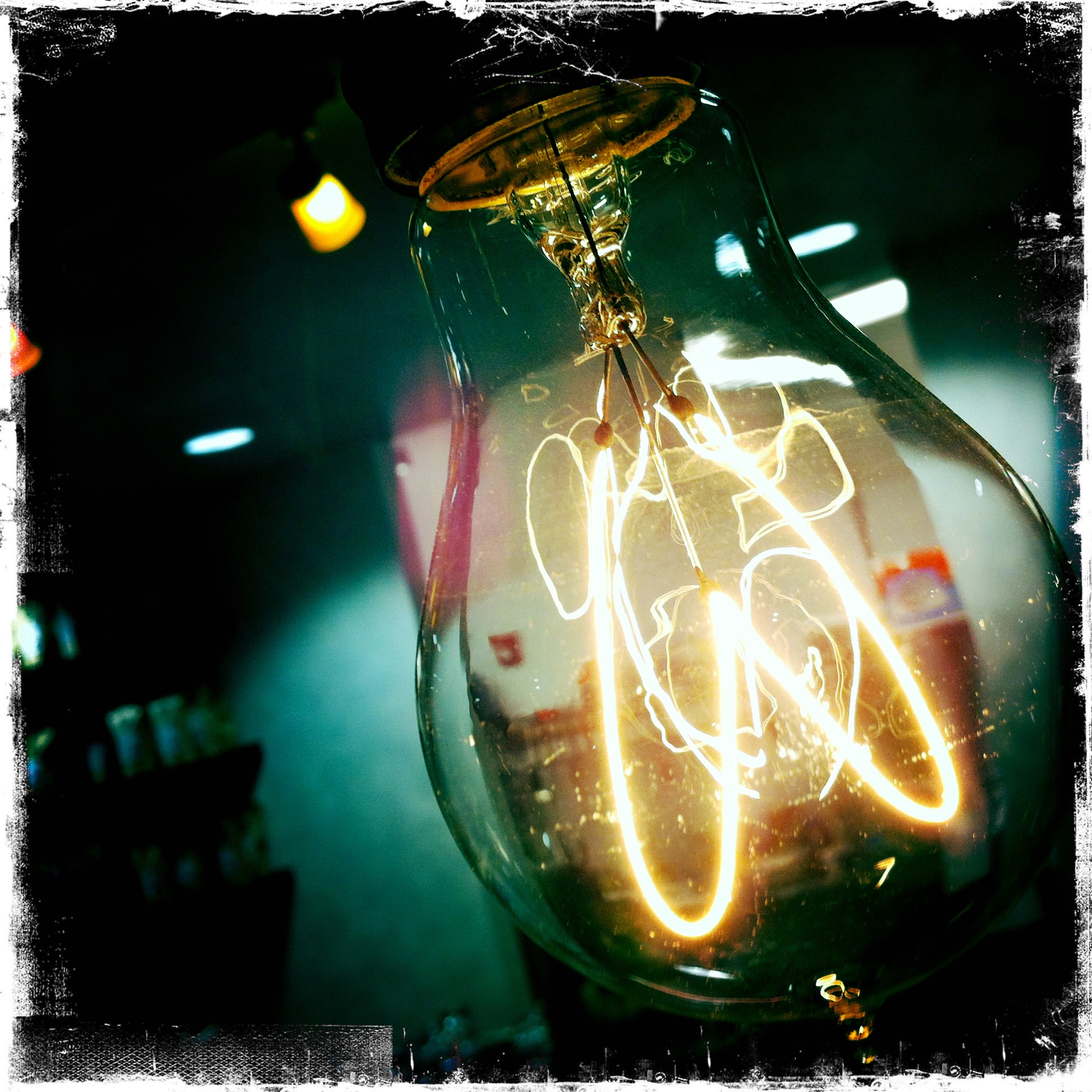 A light bulb went on after I rehashed the race over and over again. (Nice photo that Keith Walberg took last night at after dinner coffee.)

23 thoughts on “Beaten by a guy in Jeans”