Man, have I been sleeping a lot since this tooth incident. I like sleeping, so I can’t complain. Thanksgiving came pretty quick this year. Probably because it is about as early as it can get in November, so there is nearly a whole week left in the month.

Thanksgiving is our holiday, kind of like the 4th of July, only Americans celebrate it. (Actually, I think they celebrate it in Canada, but it is Columbus Day, and they do it in October, so that really doesn’t count.)

I once spent Thanksgiving in the French part of Switzerland, by Lake Geneva, in the small town of Aigle, now the headquarters of the UCI. I was racing cross there and had been there for a couple months already. Anyway, I decided that I should make a pumpkin pie for Thanksgiving. I had no idea that they didn’t have pumpkin in Switzerland. I went to about every store within a hundred km and could never find any. It was so rare, that I couldn’t come up with a word in French that people knew, so I could ask for it. Anyway, I think I eventually used canned squash I got at a health food store. It wasn’t nearly the same and was pretty disappointing.

I spent another Thanksgiving in Grand Forks North Dakota, participating in a cycling study at the US Human Nutrition Lab there. It was a very cold place in the winter. I had been confined to a lab for a couple months and the only time I could get out on my own was when I was riding my bike. I rode so far on Thanksgiving Day that year. Mainly just back and forth through the neighborhoods, watching the people go for walks, or play football together. We didn’t do that when I was a kid and even though I was just an outside observer, it was super enjoyable. Everyone seemed so friendly and happy. I think this is the time that I started really liking the holiday the best. A non commercialized US holiday where you just get together with friends and family and eat good food and hang. There can’t be anything wrong with that.

I think that it is important on Thanksgiving to think and appreciate what we all have. I hope I don’t take what I have/my life for granted. I try not to. I think it is important to realize that we, as Americans, already won the lottery, being born here in the US. We had about a 5% chance of being born here statically, so about 1 out of 20. Not that the United States is the only country worth living in, but there are many worse places and situations that we could all be experiencing. So, let’s try to appreciate what we have and not dwell on what we don’t have. We’d all be much happier if we could accomplish that.

Anyway, there is a ride at my house at noon today. I’ll probably spent the rest of the afternoon moving leaves to the compost pile in the back and mulching them. (Seems like a good Thanksgiving project.) We’re going over to a couple friend’s house, Joe and Glenda’s, to eat late this afternoon. Some other friends we ride with are going too. Most likely a few more friends will show up later, since most people eat earlier. I made pie, of course. 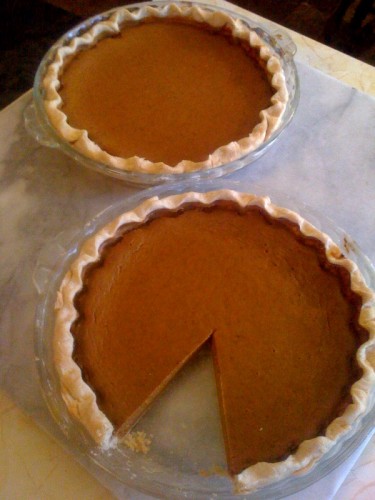 Pies I made for dinner. I already had a piece first thing this morning. I think I should make that a tradition. 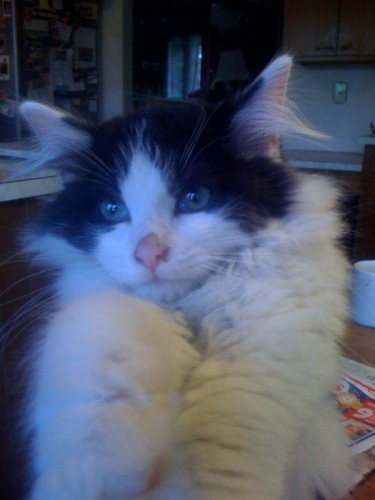 This guy still needs a home. Kittens for the holidays is the best time to have them around. I'll deliver. 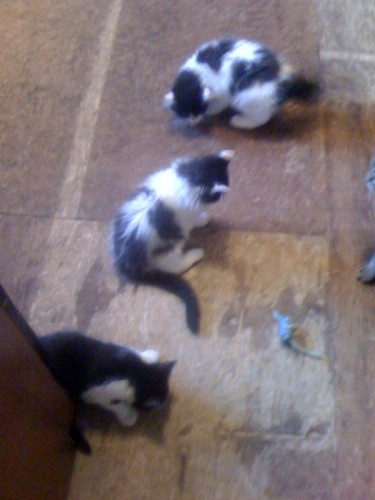 They are curious about everything now. 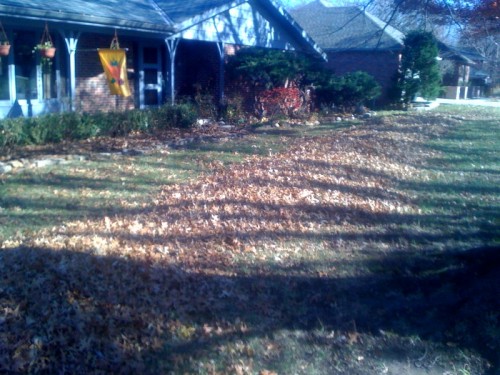 They are wet too, so heavy.