I don’t go to much live music, but I hope to change that in the future. I spent 4 hours standing next to the stage watching Lucinda Williams last night. While watching the concert, I was thinking about the similarities between being a touring musician and bike racer. How about that for a weird comparison?

I started thinking about it pretty early, when Lucinda Williams said, “I have a cold and it fuckin’ sucks.” Then she went on and said not to worry and she was going to give us our money’s worth. She then proceeded to play for the next 3 hours, continuously. All I could think the rest of the concert how bad a life it must be, when you have scheduled concerts and it is nearly impossible to cancel. Much different than racing bikes, when I can make a decision about racing or not on my own.

Don’t get me wrong, I’ve raced a ton of races sick. Pretty real sick. But, I made that choice. It wasn’t because of some obligation that I had to a bunch of fans that had paid money to come watch me race. That would be a lot harder decision.

Anyway, I started thinking that I should really be in Louisville at the USGP, even if I’m under the weather. I was thinking that if she can stand on stage and perform for 3 hours with a bad cold, then I should be checking the course out in Kentucky and not worrying about the results.

So, I made a decision last night to go ahead and race the local race tonight in Topeka. But that was yesterday. Before I woke up this morning and can barely stand. Plus, my ears have not stopped ringing yet. I guess I was a little too close to the speakers. Anyway, it goes back to the post that cyclists aren’t good for much anything other than riding bikes. Definitely not standing up against a stage for 4 hours, drinking a fare amount of spirits. I’m going to go out on the group ride in a little while and see if it’s as bad as it feels now.

Lucinda is playing tonight in Denver. The tour bus was warming up as we left. She probably still has a cold since I have no idea how it would get better with her schedule. Pretty crazy schedule for a 58 year old woman. Almost makes racing bikes seem easy. 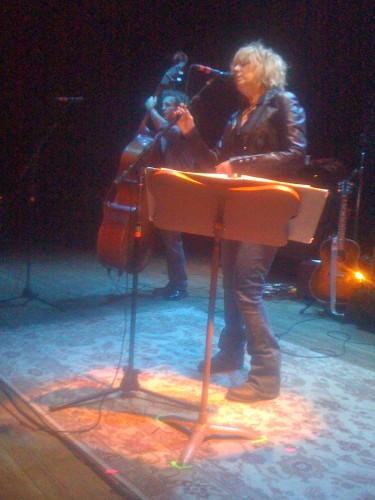 Pretty good “stands” for the concert. 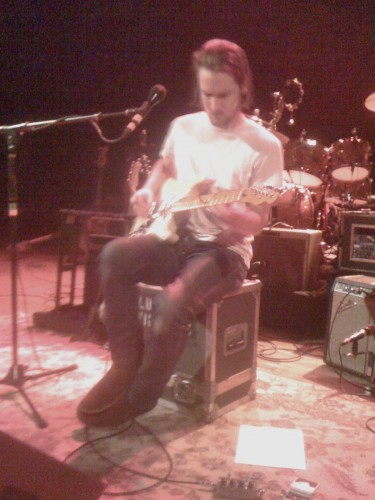 This guy, Blake Mills, opened for Lucinda Williams and then played lead guitar the rest of the night. He was incredible. 23 years old, from Venice, CA. He has a long musical career ahead of him. 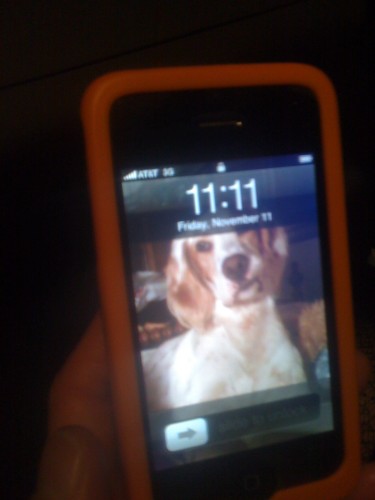