There is something to be said about simplicity. I am overwhelmed most of the time when I’ve been gone for awhile and get home and see how much clothing I have. I’ve been wearing the same stuff in my bag for the past 2 weeks and then I saw my closet and think, “Shit, that is a lot of clothing.”

I probably have enough clothes to last over 5 lifetimes. I could very easily just live out of a suitcase most of the time. Maybe I should do that, just use the clothing in my bag even when I’m at home. Rotate the same two pairs of jeans and 6 pairs of socks over and over. I don’t think anyone else would notice and it would be all the same to me.

I guess there is something to be said about new stuff. Especially upgrades in gear-cycling clothing, shoes, etc. It does seem to get better and better.

I’m not much of one for fashion. I appreciate other people’s fashion choices, but rarely make any for myself. I’m pretty much a jean/t-shirt type guy. Smart wool socks in the winter. And the summer for that matter. Sometimes a stocking cap. Pretty basic. Functional.

Maybe I’ll try to downsize some the next couple weeks. Or just do what I wrote above and dress out of my bag. That way I’m always ready to travel. Being a turtle might not be too bad other than the world goes by pretty slowly and you see it from a low perspective. But, you have everything you need with you. 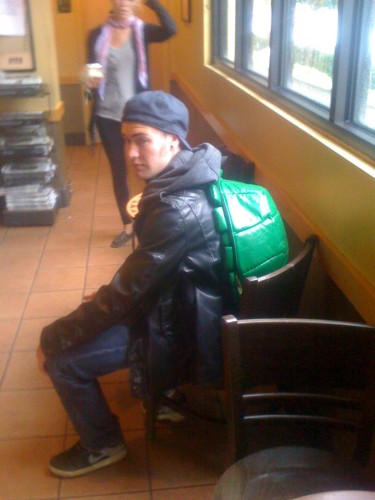 I talked to this guy in a Starbucks in Temecula CA. A woman had just came up and asked him for his phone number for her daughter. I asked him if that happened very often and he said never, but that he'd been getting a lot of people talking to him ever since he got his backpack. He had a turtle tatoo on his neck also, so he was obviously into them. 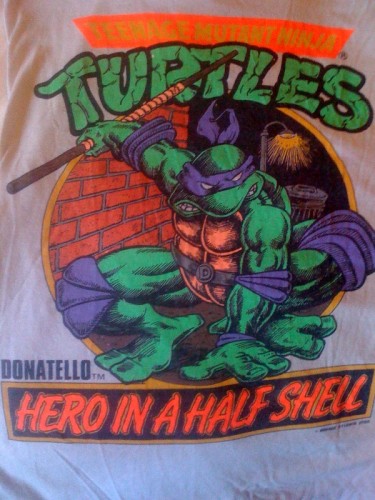 I got this t-shirt a really long time ago in Japan. Before they were popular in the US. I thought it was so great, slow moving turtles that had mutated into ninja fighters. Crazy. 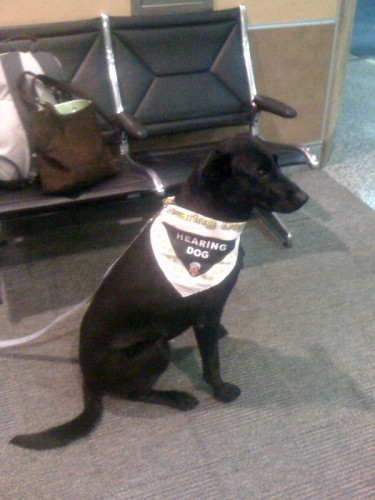 I saw this guy in Denver and then again in Kansas City. He was great. And a fashion hound.

4 thoughts on “Living out of a Bag”