I understand the reason people hire agents to talk for them. Other than not having enough time or knowledge to work out the contracts and other stuff, the agent alleviates the worst part of being a professional athlete, entertainer or whatever. The worst part is trying to sell yourself. Having to explain to someone how valuable you are, how good you are, how much you could/can do for them. It isn’t within my personality to go out and “brag” about accomplishments, etc. I don’t think it’s in most people’s.

I have never had an agent. Probably for a few reasons, but the main reason is most likely that I never got paid enough to warrant one. And I’ve usually been lucky enough to work out business deals with people I already knew. People I would consider my friends. I wouldn’t normally advise someone to go out and make business deals with friends, but the cycling community is so small that it is nearly inbred.

It doesn’t seem fair, but most of the sponsorship situations I’ve been involved with is more because of how I know more than what I’ve done. Don’t get me wrong, your results and resume are important, but there are lots of people out there that are impressive in all aspects of life. From my experience, it is who you know that helps the most.

The sponsorship scene in the United States for cycling is dismal. There are less and less professional road teams. And the ones that are established are closer to big club teams in finances that anything that would qualify to be professional. The same with MTB racing. Especially endurance racing. When I first started riding for Specialized in the mid 90’s, they had 10 riders sponsored. Salary with full paid expenses. Now they sponsor Todd, plus a few regional programs with equipment. The same with Trek and all the others. Most of the sponsorship dollars seem to be directed to the Pro Tour level.

And with the UCI rule where more than 50% of the riders on the lowest level professional team have to be under 27, it makes the racing makeup of professional races stupid to say the least.

So, there are all these Pro Tour level teams disappearing/merging. So we have lots of good American riders that have been racing on an international level coming back and scrounging for support. And it is nearly non existent.

I’ll use Bjorn Selander as an example. Here’s a guy that has ridden for Livestrong and now RadioShack for the past two seasons. Through the merger, he is out of a “job”. I haven’t heard anything about him recently, but back in September he was still needing a ride. Hopefully that has changed by now, because it should. The guy wore the white jersey in the Giro this year, finished the race and was in the top 40 in the final TT, only 2 minutes behind David Millar. That is pretty great for your first Grand Tour when you’re 23 years old. Now he has to take a step back most likely. That doesn’t seem fair.

I’d like to be Bjorn’s agent. I’ve almost know him since he was in diapers and for sure, watching him pretty closely ever since he’s been riding a bike. He just keeps getting better and better. Bjorn is an easy sell. For me it would be easy, for him it would be more like pulling teeth. 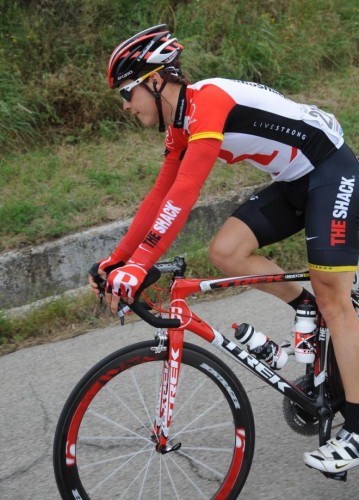 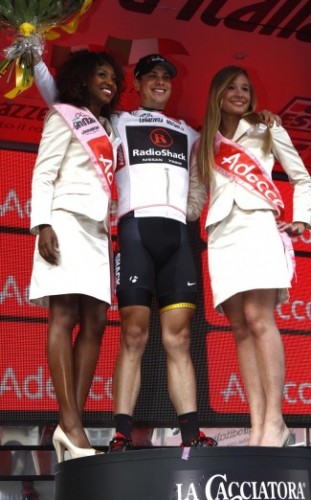