Cyclingnews.com had this article on one of the BMC riders, Amaël Moinard, who in a video talks about how great it is to be a domestic. I’ll never understand it.

This guy finished 15th in the Tour in 2008 and now he is happy riding tempo for someone else. I wonder if that is why he started the sport? It’s guys like this that make the sport boring. Actually, I’m probably being too hard on him. The sport has dictated that good riders become domestiques. It has to mainly be a $$$$ issue. Which is sad.

John Wilcockson wrote this article on Velonews about why he thinks that a lot of “underdogs” won big races this year. Some of what he wrote is true. But the main reason that there were a bunch of unexpected winners is because in cycling, the best guy doesn’t always win any given individual race. That is what is so great about the sport. The outcome will differ each and every time the event is held. And as the drugs become less prevalent, there will be more and more unexpected winners. The lack of drugs in the peleton will make the sport more exciting, but much less predictable.

The reason the sport came up with these long Grand Tours is because, in theory , after that many days, the best rider will win. But, that isn’t a 100% guarantee.

I’ll never understand the domestique mentality. I hate setting tempo. I look forward to when the race is going to get to the pivotal selection and see how it is going to play out. I hate having a bad day and missing observing the decisive moves from within.

I’ve ridden with a few guys that were wired to be domestiques. I’d say it would be a toss up between Roy Knickman and Joe Parkin on who relished in it more. Joe probably had the goods to be the best at it. His physical attributes matched up good with a strong worker. Roy, on the other hand, had to mold himself into a domestique. His physical abilities were of a race winner. He had to tone down that ability to fit the role. One thing that both of them shared was the same mentality. They wanted to go into the wind and ride. Ride for someone else. Neither were weak mentality. Exactly the opposite, both were hard guys on a bike. I think it was more of not wanting the internal, personal pressure of having to ride for themselves. But that still might not be right. Maybe they got more satisfaction out of helping someone else win than wining themselves. I’ll probably never know completely, even if they explained it to me themselves. Roy is a fireman now in California. That is the perfect job for his team mentality.

Anyway, this mentality has made its way into domestic racing. Young guys want to go and set tempo. You don’t learn much about the sport by riding to set tempo. Young guys need to watch what is going on and figure out the flow of the race. You can’t do that by doing a 6 rider TTT at the front for the first 3 hours and then get popped when the race really starts.

I do understand the need for domestiques in cycling. Especially in the Grand Tours and longer stage races. But we really need more bike racers and not so many bike riders. Strong guys don’t always win. Sometimes they never win. We should hope that our strong guys want to win. That is what makes a great bike racer. 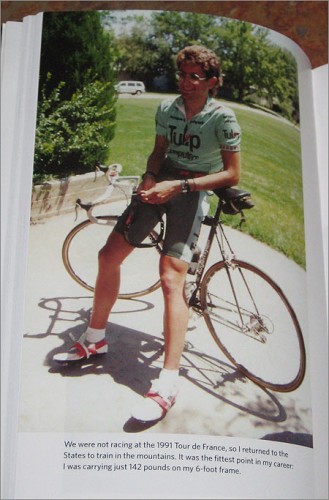 Joe got all his wiring mixed up in Belgium. 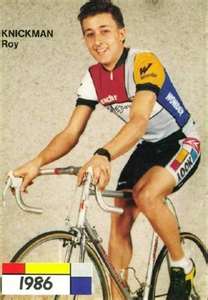 And Roy in France or somewhere in Europe. Man, those brake levers are low. 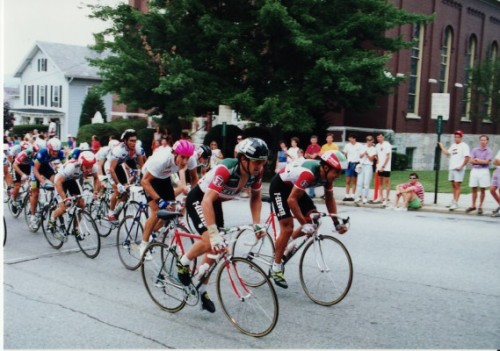 Roy working for Oravitz at Killington.

24 thoughts on “Domestique Mentality is Pervasive”