I have more kittens in my bathroom. I had decided that I’d done my moral duty on saving cats and kittens. But after what happened in Zansville Ohio a couple nights ago, I couldn’t stand seeing those kittens go wild. Humans are very bad sometimes. This was the case here. Some redneck Sheriff decided to let his guys go on a shooting rampage and they ended killing 49 animals. And 18 of those were Bengal tigers.

I’ve looked a few places and there are somewhere between 1500 and 5000 tigers total left on this planet. And these guys just killed 18 of them. He did this in the name of human safety. Wow. This is an example of how primitive this country is in solving immediate problems intellectually. And the reason that we don’t let local sheriffs make huge decisions on our futures.

Okay, you’re going to say “What if your child got eaten by one of those ferocious cats or bears?” That would be horrible, for sure. But there were lots of better ways to control the situation than go on a wild game hunting spree throughout the night. It isn’t as if this was Jurassic Park and a bunch of Velociraptors are running around killing every moving thing in site. If the sheriff was really trying to control the situation properly, he would of made sure that every human in the surrounding area was apprised of the situation. Then he should have brought in the resources to properly contain the animals. The statement that the dead owner sabotaged the cages so they couldn’t use them to contain the animals if they were caught is a joke.

I personally don’t think a human’s life is more valuable than any one of those animals that are laid out in that compound. Especially considering how few of these tigers exist and how many of us. There are 6,000,000,000 of us humans. That is 1,200,000 people on the planet for each tiger, assuming the 5000 number is correct. 4 million people for each tiger if the 1500 number is closer.

We, as a country, as people on this planet, should have handled this situation in a much better manner. We should be ashamed. 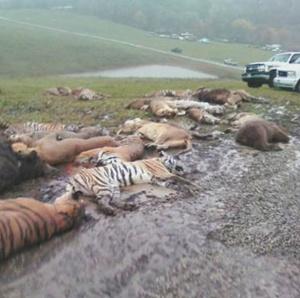 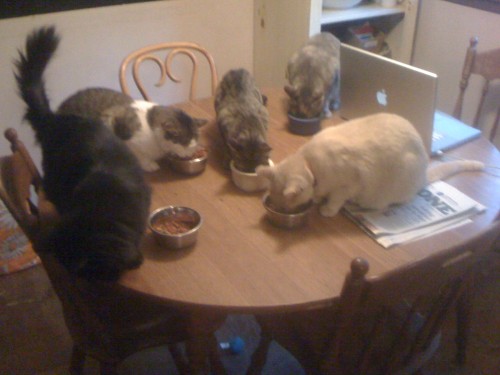 Our guys this morning at breakfast. 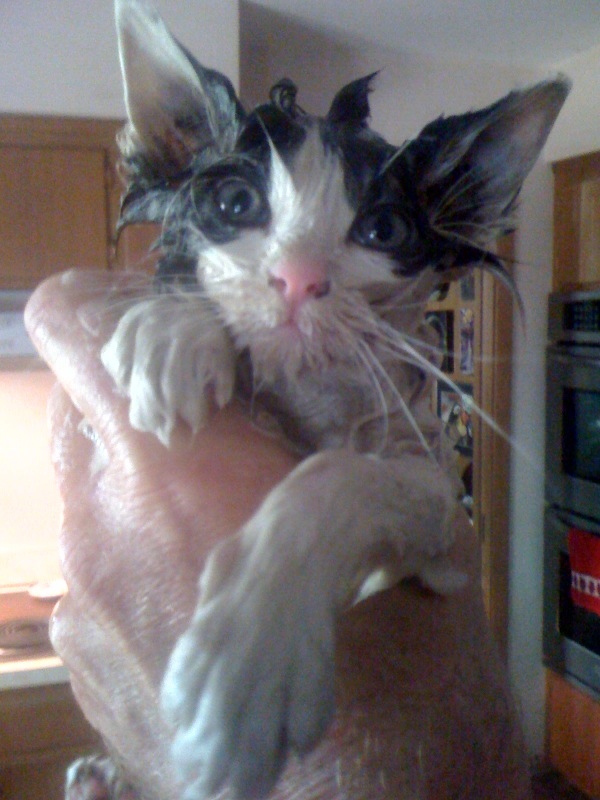 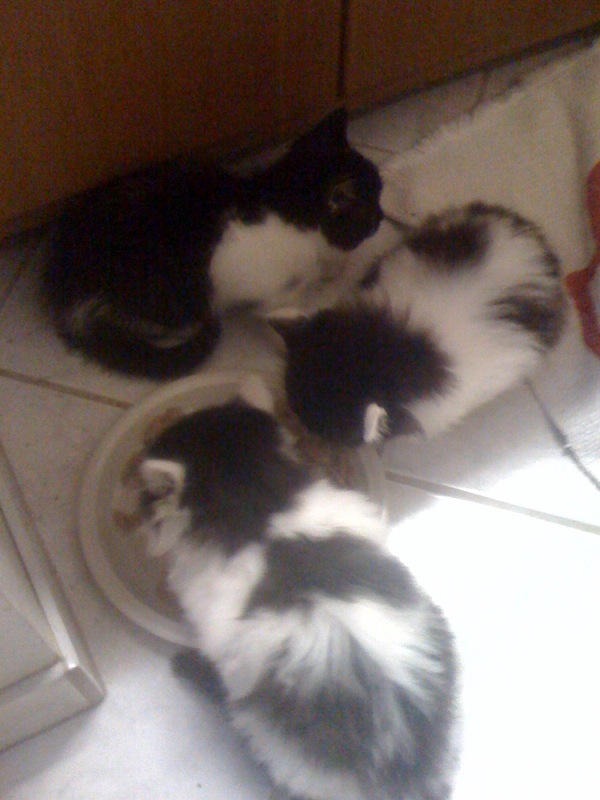 They clean up great. These guys are so soft and lovable.

39 thoughts on “We Should Be Ashamed”