I’ve been thinking about the line up procedures for cyclo-x races the last couple days. It is a quandary for both promoters and racers. But, the guidelines that the UCI and USAC came up with to line up the Masters World Cyclocross Championships in January is a cop out, lazy, and is just bad. Someone from our organization, USAC, needs to realize this and address it before the event.

I’m not sure I want to spend the next 3 months of my life training for something that has a high chance of being decided by picking a shitty number out of a bag. I am pretty positive that the powers that made this bad rule have no idea of the difference of abilities of the riders that are going to be lining up at the start line of the event in Louisville. They were saying something about Lars Boom winning a World Cup last year from the 5 row. With 75 guys, you could be 10 rows back. These races are pretty short, less than 45 minutes for sure, with ability levels varying from nearly bicycle tourists to ex professionals. It isn’t like passing a bunch of World Cup riders. It is chaos.

Bruce Fina and Joan Hanscom head up the Louisville promotion. I’ve know Bruce for decades. I don’t know Joan Hanscom. These two must have had a large amount of influence to the final decision. I certainly have no idea how it could have gotten to this point where it is final. If less than 80 riders, it is random. Crazy.

Here’s the statement by Bruce-

“The UCI and USA Cycling have been working diligently to establish fair and clear guidelines for the 2012 and 2013 Masters Worlds,” said race director Bruce Fina. “This is an entirely new animal. With ever-growing Masters fields in the U.S., all involved realize that these events will pose unique challenges that the races have not faced in Europe in terms of field sizes and eligibility. The UCI is rightfully concerned with protecting the integrity of the world championship jersey and title and its technical execution. All parties agree these qualification and eligibility guidelines are the best way to be fair to racers from the US and across the world while still recognizing that this is a world championship event and affording it a degree of respect and recognition for the competition that sets it apart from most mass participatory events.”

Phillipe Marien: We always have used the lottery system, this is the fairest way to draw the starting order. In this particular category it is very difficult to gather an official national team or to check who is national champion or not. Each year there were some complaints from riders but that’s normal.

These guys are full of shit. They’ve both been involved in the sport of cyclocross to know that the start of the race is very important.

First of all, I had no idea of Phillipe Marien’s credentials. But, because he was the promoter of Mol, he should be fired and should not of had any imput on the starting procedures of this race, or any race, since he let the random call-up procedure at his race turn into a joke. The random draw in Belgium was completely unrandom for years. It was fixed beyond embarrassment, with Belgium national champions on the front row of virtually every category. If we’re going to use the Belgium standards for random, then just forget everything I’m writing here, because I’m good with it.

And this word random being used as a description for fair is ludicrous. Random doesn’t have anything to do with fairness at the start of a cyclo-x race. Random should be associated with the word lucky if anything. And that’s the way we want a World Championship to be decided, by luck? I don’t.

Cyclocross has struggled with years for the fair way to line up important events. It used to be by National Teams. Now by UCI points. At the US Nationals this year we are using a ranking system. Never have I seen this random thing. This isn’t the place to “try it out”. It is a World Championship. If randomness is so fair, then why isn’t the Elite Worlds doing it that way? Or our US Championships? Implying that random is the most fair way to line up a cx race is implying that it is unfair to do it thru seeding or ranking?

Bruce says that the UCI is worried about “protecting the integrity of the world championship jersey and title.” I’m not sure what that means exactly. Though, if I’m understanding it correctly, the lineup procedures they have in place now will do exactly the opposite. We should do something about it. 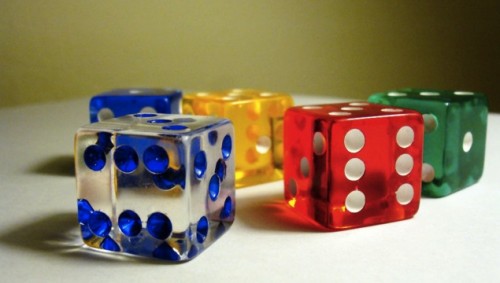 19 thoughts on “Change the “Guidelines” for Masters Cross Worlds”