Anyway, Ned took us on a ride up to some dam. It was a little over 2 hours. Climbing all the way out and downhill, headwind all the way back. Ned isn’t the prettiest rider in the world. Far from it. But, it seems to work for him, so that is all that counts.

Last night we met up with Todd Wells and his wife, Meg, at a brewery downtown. Same as Ned, I haven’t sat down with Todd for ages, so it was great. It is nice having friends that you don’t see for a while and the conversation is just as if we hung last week. Todd and Ned both are jet lagged. Todd worse than Ned. He was in Europe for 3 weeks, so he’s pretty off on time. If Todd would have been 30 seconds faster at MTB Worlds last Sunday, he would have finished 5th instead of 7th and automatically made the Olympic Team. But, he had a shitty start and only made up up to 7th by the finish. So, he has to do the whole qualifying procedure next year, which I’m sure is super convoluted.

Ned told me late last night that he’s sick. So, this morning, I woke up feeling a little under the weather. I’m positive it psychosomatic, but none the less, I don’t feel that great. Ned is talking about MTB riding up by the college today. That is good for me. I think I’m heading back to Kansas tomorrow morning. It’s a pretty long drive. Phil Gronninger, a friend from KC that has moved to Denver, is trying to get me to go on a epic rode ride 7 am on Saturday in Denver. That might work out. I think I’ll decide after riding off road this afternoon. 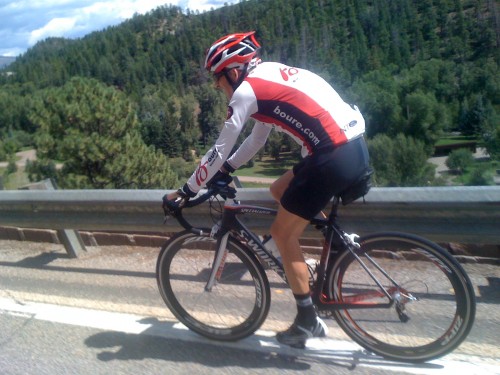 Ned is wearing a long sleeve jersey always now training. Something to do with skin cancer or something, he didn’t really explain it that well. 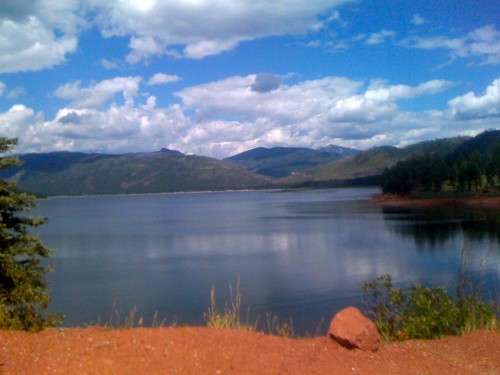 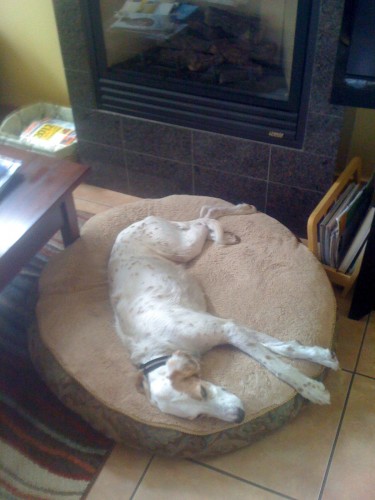 Bromont seems at home at Ned's house. Ned's dog Teva, has a million dog beds in the house, so Bromont isn't being a bed hog. 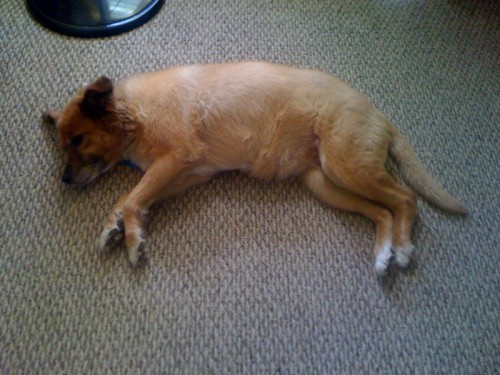 Ned and Pam's dog, Teva. They picked up Teva on a Indian reservation, stray, in Utah. Pretty nice dog. 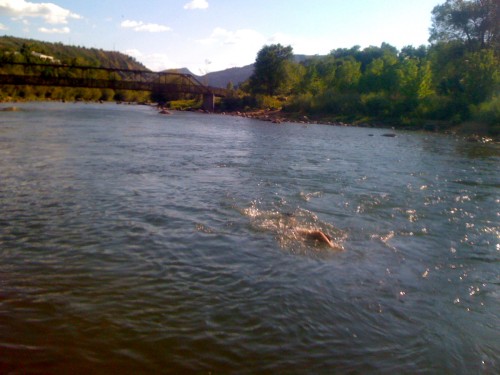 After the ride, we took the dogs down to the river to swim. Here is Ned actually swimming. 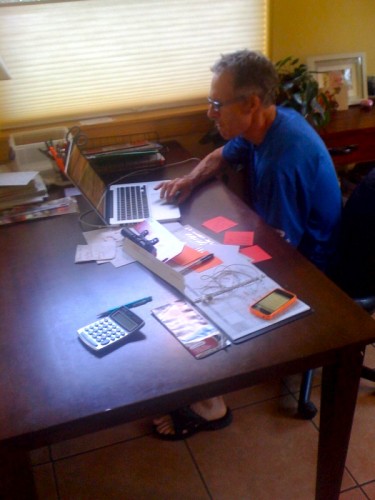 Here is a real time photo, this morning, of Ned working. Somehow his job at Specialized has evolved into some kind of actual work. Dang.

2 thoughts on “Hanging in Durango”