I raced a 7 mile TT yesterday. It was crazy windy. Your start time was super important. Even in your catagory. The times were all over the place. I didn’t even average 22 mph. And was over 2:30 minutes behind the winner. I’m not good a riding time trials, but that is ridiculous. I don’t know if I had to ride in much worse winds than a lot of the guys that smeared me, but I would have not finished top 10 in the juniors. 15th in the Cat 4’s. And a 57 year old master would have finished on the podium in the Pro 1 race. I was 28th out of 48 in the Pro 1 race.

Scott Moninger beat me by about a minute. That was to be expected. But he was a minute and a half out too in 17th. A weird isolated storm was blowing in and the last 3 miles were silly. I couldn’t stay in the aero bars the last mile, it was so windy from the side. Chris Carr, from Boulder, won the race averaging ove 25 mph uphill against wind. He was the 2nd rider off, but that doesn’t mean he didn’t ride super fast.

I didn’t feel that bad. I haven’t really done an effort in a few weeks, so my lungs were hurt, which was to be expected. Kent Eriksen kind of hijacked my bike and put on aero bars and wheels. I was just going to ride Eddy Merckx style. I think it was probably faster, but I don’t know.

Anyway, there is a 90 minute circuit race up by the ski hill at 4 this afternoon. It will be good to ride in a group and do some jumps. I’m not quite acclimated, but that alright.

We went into town for breakfast this morning and there was a farmer’s market going on. I have been to a lot of farmer’s markets this past two months. Colorado and California seem to have the best in the country. At least the best I’ve witnessed. This one in Steamboat was small, but awesome. And super dog friendly. Dogs everywhere.

I think Steamboat only has around 10,000 people, but there are so many bikes. And most are made of titanium, with Moots and Eriksen being based here. It is insane seeing so many exotic bikes just parked around town. This might be the highest saturation of bikes/bicycle riders I’ve seen anywhere in the country. Someone told me that Steamboat was trying to be named “Bike Town, U.S.A.”, since it’s already Ski Town, U.S.A.

That’s about it for now. Bromont wants to go for a jaunt in the woods. 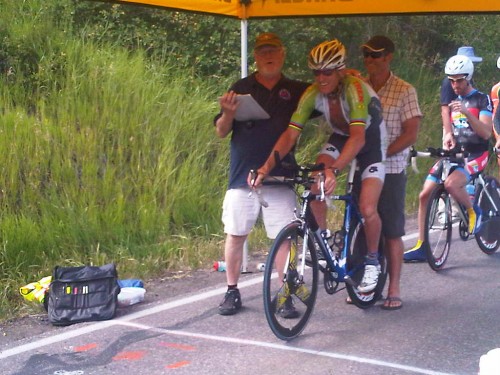 Dean Crandell starting me at the TT. Dean and I have been friends for decades. It was nice catching up. 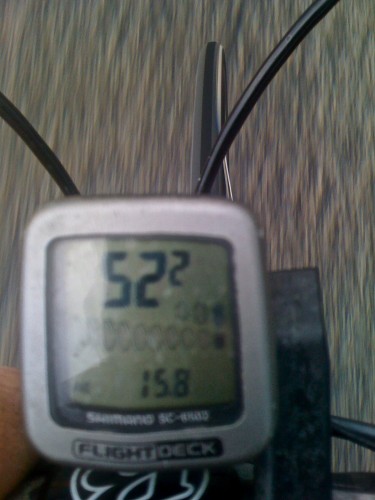 I went for a ride in the morning before the TT up Rabbit Ears Pass. I turned around before the top when it started raining. The descent could be pretty fast. This speed was not tucked against a headwind. 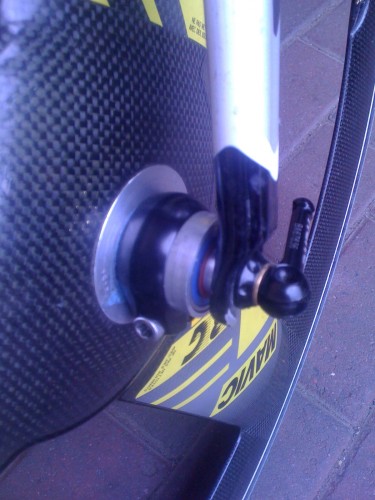 Kent machined a front hub for this Mavic rear wheel, but had to fudge it alittle at the end with a seat clamp. It rode perfect though. 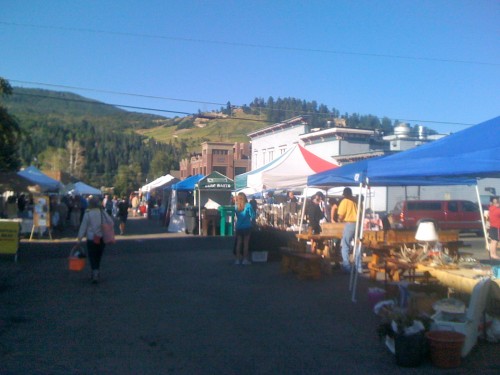 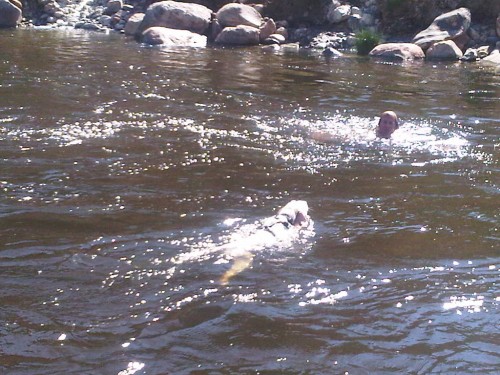 Swimming with Bromont in the Yampa after the ride Thursday.