I’m sitting in Colorado. Yesterday seemed kind of long for some reason. I don’t think it was the 600 mile drive, but maybe so. I had planned on going to Colorado Springs to let Trudi see Bromont, but she kind of blew me off, which was fine, but not really in her personality. She is pretty busy and had to do an interview for an article on massage and cycling. So, I drove to Kittredge Colorado to see the new cabin of some of my oldest/best friends from Topeka, Mike and Judy Hudson. I hung there until 10 or so and then headed up to Summit County.

How about Mark Cavendish quitting the Tour of Spain today. He only made it 3 stages. So much for using that for World’s preparation.

I woke up today and my right foot is seized for some reason. A super ache in the arch of my foot. I’m kind of limping around. Not sure what that is all about. Anyway, below are some photos from the last couple days. 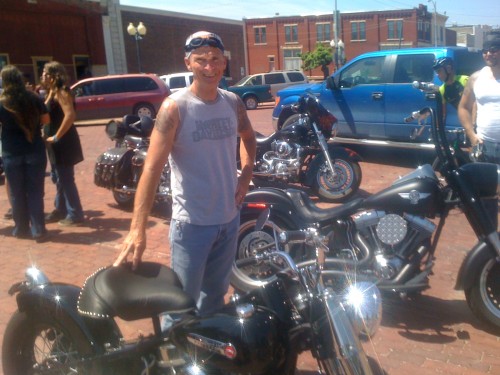 This is Larry Gill, a friend from way back. We were riding through Burlingame on Sunday and they were having an old automobile show and I see Larry with his 1950's Harley. This is his alter ego state. 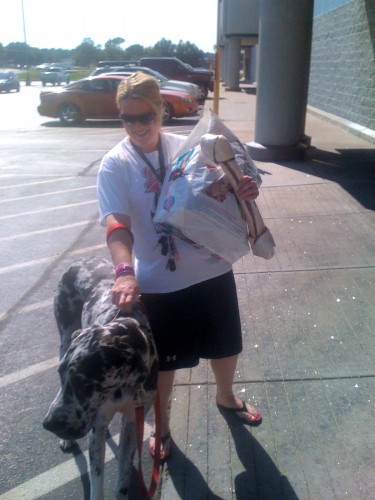 I saw this women and her dog at Petsmart. The bone is just the right size. I asked her if the dog ate her out of house and home, but she said that the bag of food she has will last over a month. The dog eats about a cup a dog. Bromont would eat that in a week and still be stupid skinny. 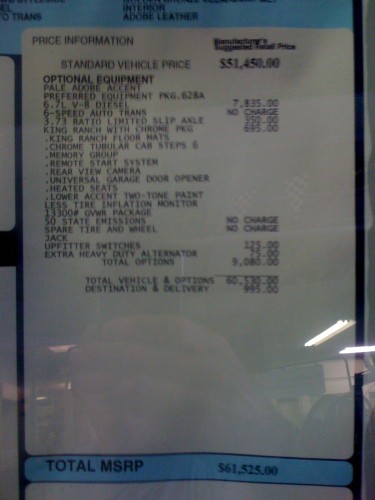 I got the transmission fluid flushed yesterday morning before I left. This is the sticker on a 4WD pickup. 60K. Stupid. 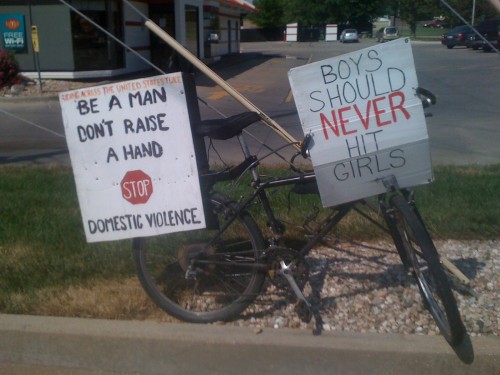 I saw this guy's bike parked while leaving town. He is riding 7400 miles for some cause. 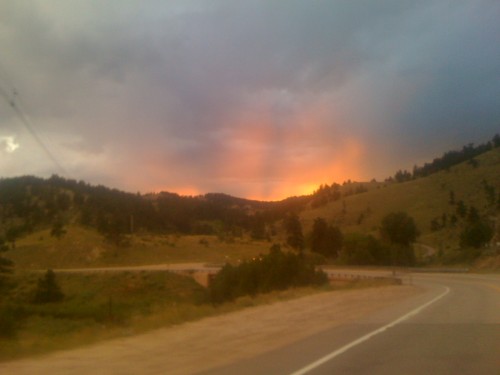 Sunset drivng up the canyon towards Kittredge. 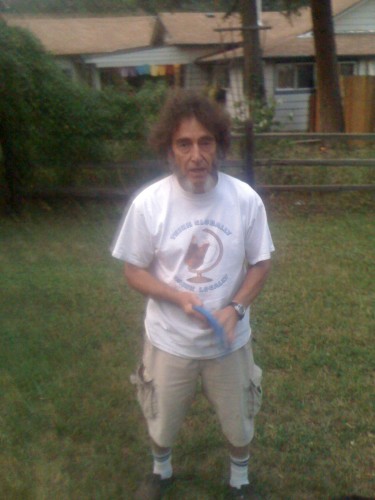 Mike trying to fit the part of mountain man. 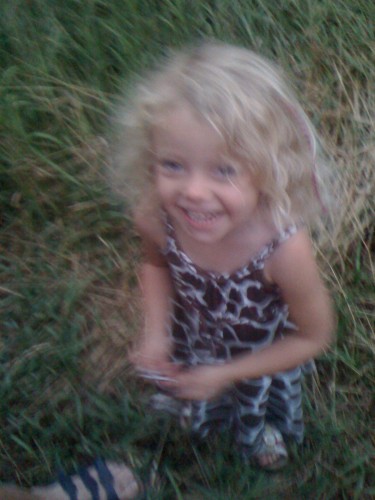 Mike and Judy's grand daughter, Delilah. She is a handful, but super cute. 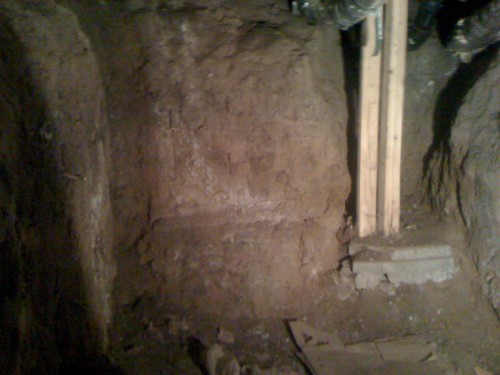 The foundation of their 100 year old house. Crazy primitive, but effective. 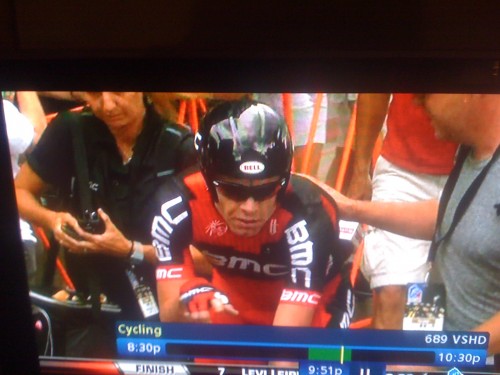 Trudi at the finish with Cadel after the TT yesterday. She juggling a bunch of phones. I guess Brent Bookwalter had already gone back to the hotel, but they were calling for 3 for the podium, so she was trying to round him up.

5 thoughts on “In Colorado – Photo Mélange”