I was watching the Tour of Spain this morning and thought it was strange that they kept saying how it is imperative to race the race to hone your form for the World Championships next month. I remember two years ago, when Thor won the World Championships in Australia, that an amazing number of guys in the final group were riders that competed in Spain.

Anyway, I compare that to how little that some contenders for the Tour de France race. Especially before the Tour. Lance started it, racing just a handful of times towards the end of his streak. Carlos Sastre took it to extremes, not racing forever after he won. He must of needed a complete exchange of blood or something. That just didn’t make any sense at all. Contador did not race again one season after the Tour, and then he came back at Paris-Nice and smeared everyone. That was not racing for nearly 7 months and coming back at full speed.

I’ve always been one that uses racing to get fit for races. I have no idea how you can get fit enough to race by training. Maybe the difference is trying to get fit for a one day race compared to being fit and rested for a stage race/grand tour. I don’t know. All I know is that I have no ability, mentally, to push myself hard enough in training to get anywhere near as fit as I can get by just racing. And that a key reason I ride my bike, is to race my bike, so it is a no-brainer doing just that. 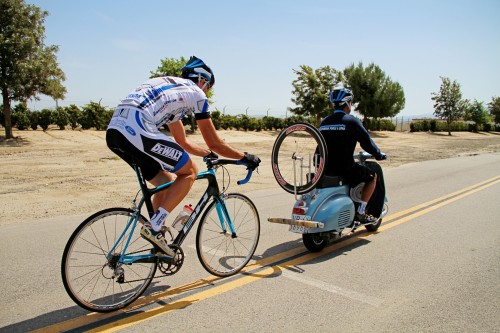 7 thoughts on “Race to get Race Fit?”