I drove out to Colorado yesterday leaving around noon. I was hoping to ride with Vincent in Denver late. But, the weather didn’t cooperate. It was super windy from the Southwest all the way through Kansas. Getting into Colorado, the storms started appearing. Huge storms. Everywhere. Right before Limon, the sky started looking ominous. And the colors started changing. That was a good sign that there are tornadoes around.

I was driving into the lightening, torrential rain, when I looked in my rear view mirror and there was a tornado behind me right over the interstate. I stuck my phone out the window to take a photo, but it was raining so hard it didn’t really work out. And then my phone pretty much quit working the rest of the day.

I drove out of the storm fairly quickly. But, there were more and more storms all the way to the mountains. I couldn’t believe the traffic coming down on I-70 on Sunday evening. It was a completely stopped traffic jam pretty much from Denver to the tunnel. Then last night, we went to get something to eat and when I got back to the house, the electricity was out. That killed the key pad on the garage door opener, so I had to sneak into the house through an unlocked deck door.

It was 107 in Topeka yesterday, with a heat index of around 120. Driving into the tornado storm, it was in the 90’s and dropped to 48. Up here in the mountains yesterday, it was in the lower 50’s. It feels really cold.

So, we’re going MTB riding all day up high. Vincent is going to kill me. He has no etiquette. 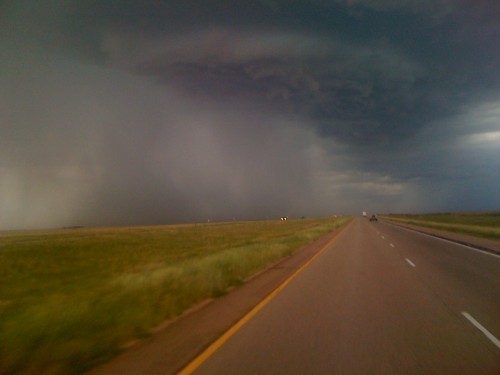 Driving into the storm. 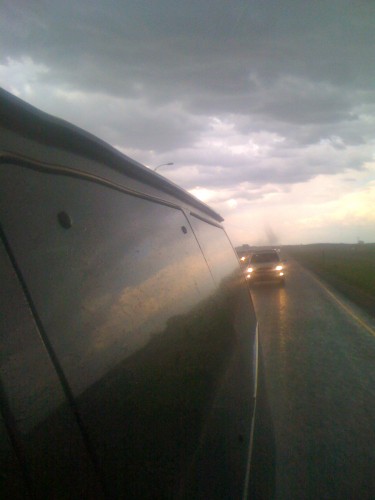 It's hard to make out, but right over the car behind me is the start of the funnel. It got bigger later. 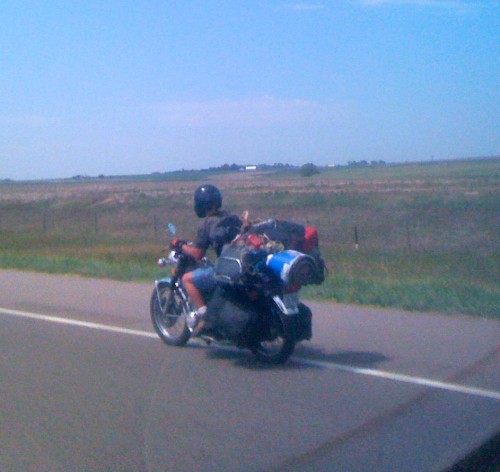 I passed this guy somewhere in the middle of Kansas. He was having a super hard time keeping his motorcycle upright with all this stuff on it. The wind was blowing him everywhere. He is barely on the road here. 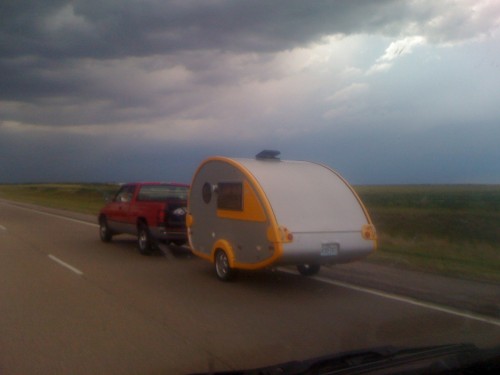 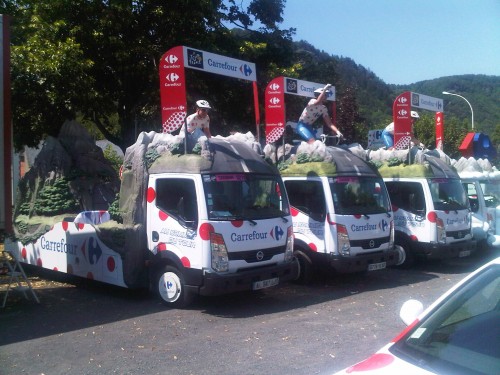 Rest day at the Tour. All the publicity cars are resting too. 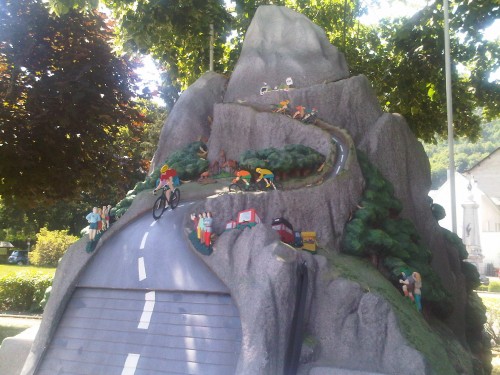 Fun publicity vehicle at the Tour. 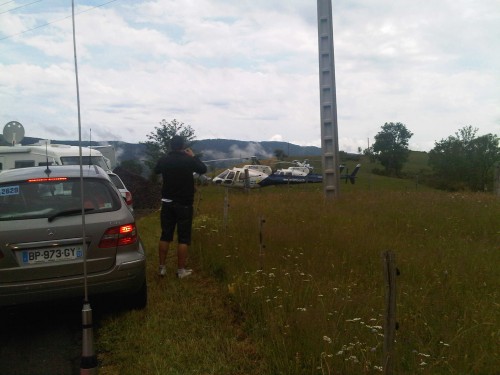 One of the helicopter VIP landing zones from yesterday's stage at the Tour de France. They fly the VIP's around to a few different places and let them out to watch the race in person.

One thought on “Pretty Eventful Drive – First Tornado Sighting by Me”