I often wondered why so many riders never contest the race in the final kilometers of the race. There are only so many riders that have any duties at the end of the race, so that leaves a ton of guys that should be able to free lance. But hardly anyone does. And what even bothered me more is that the real contenders, that have a chance on any individual stage, never seemed to put my emphasis on winning. I hate it when everyone just rolls across the line at the end.

Then yesterday, Cadel decided to go for it and win the stage. You could say that he was trying to take the yellow jersey, but that wasn’t the case. If he wanted the jersey, he would have went full tilt the first time he put in a dig a kilometer out. He rode at the front to win the stage. If it was another rider other than Thor, Cadel would be wearing yellow today instead of a mountains leader jersey. Thor was amazing. But, riding for the stage gave Cadel some more time over other contenders, all the RadioShack guys except Kloden, Andy Schleck and others. And it is not like he expended that much more energy that the others. Everyone had to ride up that finish climb.

So, I hope all the riders take note how prestigious it is to win individual stages and make each and every day as memorable and as exciting as yesterdays. 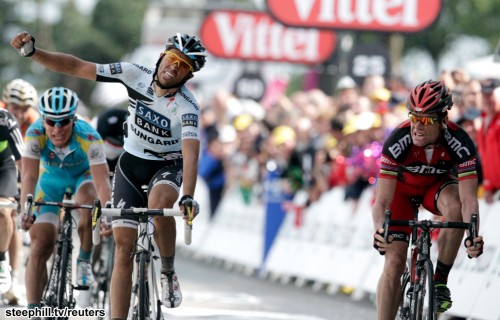 I've finished 2nd in a ton more races than Alberto Contador and I've never thrown up my arm showing I'd won when I'd lost. 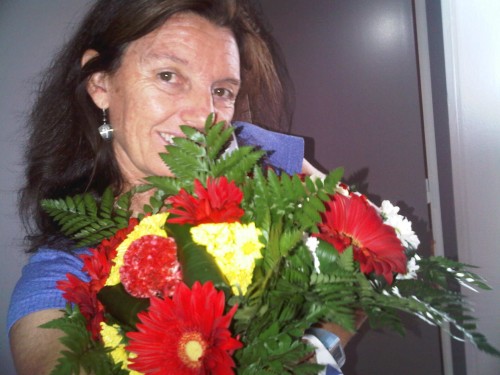 5 thoughts on “Racing at the TdF”