The Tour of Lawrence is over. The race was great. That race should be on the National Racing Calender. The circuit on the campus is the hardest course I ride all year. The criterium in in downtown in front of 1000’s of spectators. As a racer, you couldn’t ask for more.

The race just went so, so for my team, TradeWind Energy. Brian Jensen was riding crazy good. He finished 4th on Saturday, just getting off a plane from business travel. On Sunday, his legs were way better. He was like the energizer bunny. He didn’t miss a move all day, but it was all for naught. It came down to a field sprint.

I was all over the map. During the circuit race, I was great to bad, depending on what time you polled me. I was climbing pretty well, but was missing something on the flats. I rode until 5 laps to go, when I got a slow leak. SRAM had neutral support, but the field had shattered and I had no illusions of being able to get a wheel change and chase back to the front group. I’m not sure there was a rider there that could have done that.

Yesterday, in the criterium, I was the same. I made a couple moves, but after a few laps, had to go back 30 guys and rest. I was good going into the final few laps, but got caught up in some sillyness with three corners to go, got past that, but got jammed up in the final corner and 10 guys went by me. I finished in the teens somewhere. Bill right behind me.

Joseph Schmalz won the circuit race on Saturday solo. It was a great win for him, especially since he is from Lawrence. Brad Huff, Jelly Belly, won the criterium from a field sprint on Sunday. I think Josh Carter, AeroCat, was 2nd. They were the fastest two guys in the race and it showed. Catherine Walberg ended up 3rd in the criterium yesterday, after winning a few primes, so that was a pretty good finish for her.

We ended up staying in Lawrence after the race until the wee hours. Our team got together at a super nice downtown Lawrence restaurant, 715, and stayed there until it was already July 4th.

Also, I was doing so kitten delivery and didn’t drop the last kitten off to a couple KU students until nearly 1 am. They were having a little kitten welcoming party. It was fun going by and talking for a while.

This afternoon I’m going over to some friends for a pool party after riding. It’s sort of become a July 4th tradition. Then I need to figure out what I’d doing for the rest of the month. My team has bolted on me for the next few weeks. Brian Jensen is on a plane to Denmark, his native country and will be gone for over two weeks. And youngster, Ben Stover flew to LA this morning, at 5 am, on one hours sleep, to hang in California with his girlfriend’s family on the beach. I’m thinking of going somewhere and riding my MTB some. I need some time to figure out how to pedal right again. 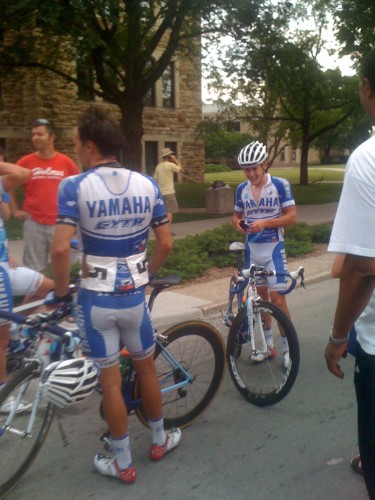 Joseph, all smiles, after winning on Saturday. 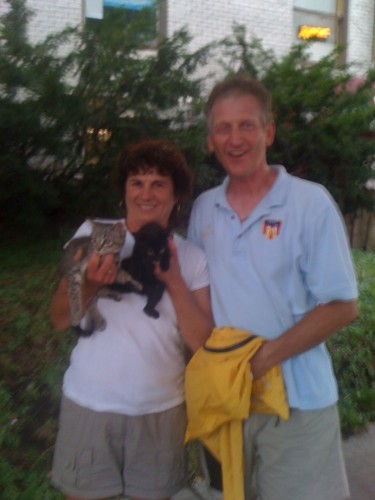 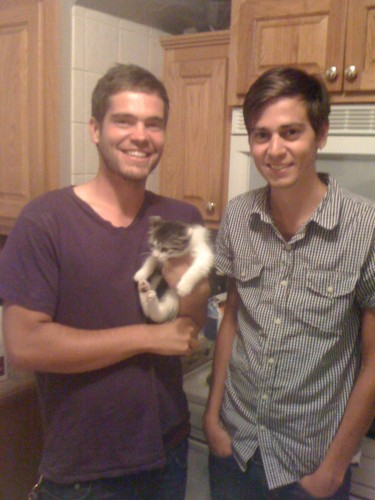 KU Cycling Team riders, Blake and his room mate with their new kitten.

Have you ever paid attention to the sillyness that firework stands use to try to convince you to stop and shop. They sell fireworks everywhere here, within the city limits. That law must of just changed recently. I was walking Bromont last night, at 3 am and there were still explosions to be heard. Amazing. 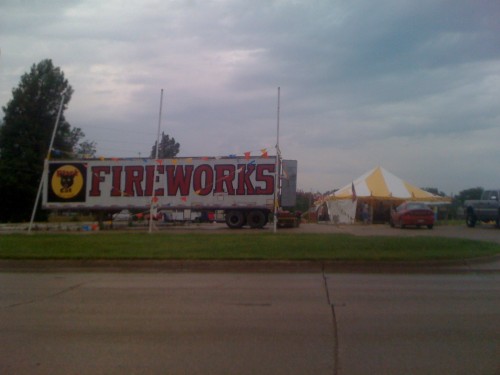 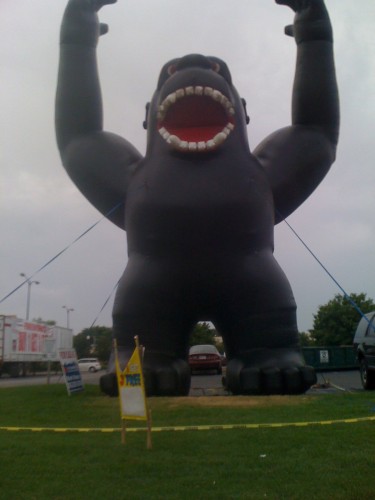 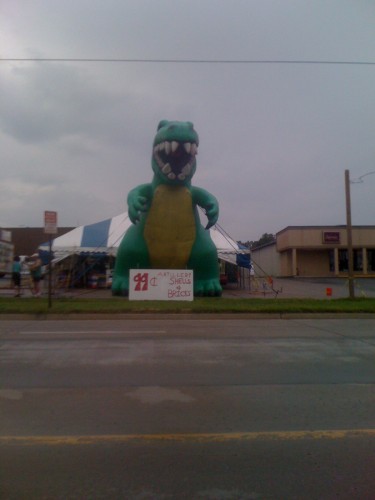