Last night at 7:40 I raced the first day of Tour of Kansas City. The race has been going on for 48 years, which makes it one of the longest running cycling events in the United States. The courses have changed and this year it is just 3 criteriums.

Yesterday might have been the worse I’ve ridden in a race in recent memory. And I can’t come close to explaining the reason. It must be the antibiotics that I just finished a couple days ago. I wasn’t good Monday and Tuesday in Milwaukee, but nothing like this. Anyway, I don’t even have a clue what isn’t working. I was getting a crazy bad side ache/stitch. Plus I was just plain gassed. Even 10 minutes after the race was over, I was still breathing hard. Very wrong. And the weird thing is that I didn’t see it coming.

But that is the way of sports. It is pretty hard getting motivated for racing this afternoon when I still have a side ache from the race last night. But, I’m going over there and pay my dues. But, it is humbling. And painful. Maybe it’s character building? I must have a ton of character after all these years if that is the case. 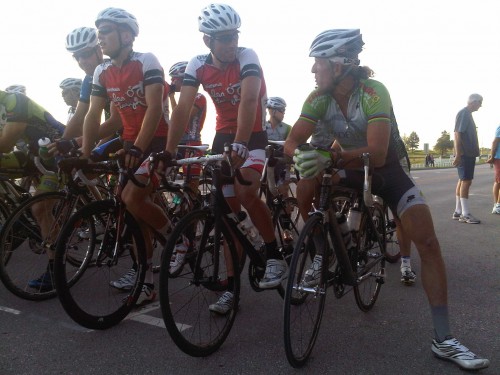 Happier times before they blew off the gun. Here talking with Matt Ankeny. 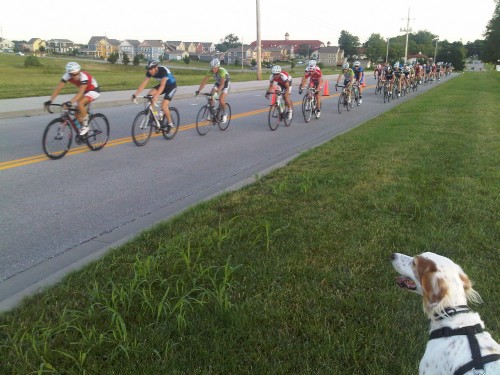 Bromont watching early in the race. 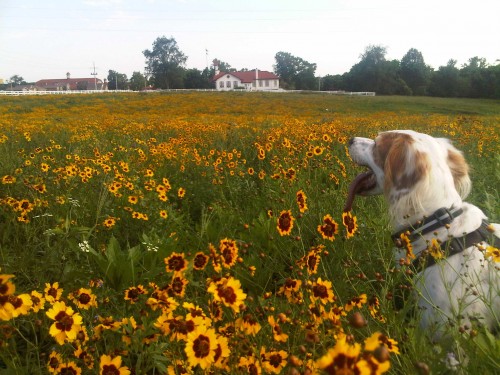 Bromont got to romp in the wild flowers on his birthday.

3 thoughts on “Racing this Weekend-Sort of”