Yesterday I rode a 80 mile road race in around Greenbush Wisconsin. It is nearly an hour north of Milwaukee. The area is great. Rolling hills and nice roads. The course was nearly 10 miles with only one section that I’d say was hard because of the terrain. Everything was big ring.

I started raining right after the start. I have no idea how to judge how the race went for me. I couldn’t judge how I was riding nearly the whole day. I got into a 10 man break nearly from the gun. We rode almost the whole 1st lap off the front and I was uncomfortable the whole time. Climbing, flats, descending, everywhere. RIght when we were caught, half the break went again. Then Jonathan Cantwell and a couple others jumped and that was it. 7 guys up the rode for the next 70 miles. Eventually, a couple groups finally getting up to 7 more guys got away a couple laps later and they disappeared up the rode too.

I’d decided by that time that I was just into it for the miles. I was gradually getting better and need the race miles. I’m not sure what happened to the field. I really don’t know how many riders started, but it must of been close to 100. There were less than 25 left in the field towards the end of the race. It was carnage and the race never really went that hard.

On the final lap, I decided to ride away on a long, false flat stretch. My group, the field, didn’t seem to be climbing too good. No one. But, I didn’t want to just attack on the climb and hope to ride he last 5 miles to the finish against a headwind. So, I took off a few miles before the climbing bit. I was mildly surprised to ride away alone, but after a mile or so, I looked under my arm and saw a wheel. I glance back and it was Brian Matter, Geargrinder. He had been going pretty well uphill and I was stoked to have the company. We rode pretty well together. Both of us pulling hard at the front.

After coming down the last descent, we spotted a couple guys that had been shelled from the 2nd group. We went by them pretty hard, but didn’t lose them. Going down the final descent, I spotted the SRAM neutral support car just ahead. I put in a big surge trying to catch up with the 5 man group with a 1/2 mile to go.

The finish stretch was 300 meters after a sweeping left corner and it was uphill. Not steep, but enough to make the 300 meters seem like 500. One of the riders we caught rode with Brian on Greargrinder. So, he attacks about 400 meters before the final corner. My jump is pretty questionable, but after I get up to speed, it seems to be okay. I went around the final corner a little gassed and Brian jumped immediately. I knew it was way too early. I had only planned to jump at 100 meters,s but since Brian went so, early, I had to make an on the road change order. I caught up with Brian 100 meters from the line and was going way faster than he was, so I guess I ended up 12th on the day.

I now wish I would have went harder a mile out because we were sprinting into the back of the 2nd break. Pat Lemieux was just a couple bike lengths ahead of me at the finish. Jonathan Cantwell, Fly V Australia, won the race handily.

I don’t know what was happening. I have ridden thousands of bike races. Yesterday, I could never read how it was for me. I knew I was rested and probably stale from driving, but I felt horrible the first lap. And not much better for the next couple hours. It felt like I was going to cramp early on and that never really went away. But, mentally, after the race had pretty much been decided, I was feeling better and better. I wasn’t climbing great. Just a ton better than everyone that was left. I guess that gives a person some sort of confidence. The last lap I can’t complain about at all. I felt good. Strong. Maybe an 8 out of 10. I love that part of the sport. You can ride into a race. It’s too bad that I wasn’t close to good enough to ride into it earlier in the day. It’s probably just the antibiotics.

Tonight is the Brewer’s Hill course. A super hard circuit in Milwaukee. There is a 80% chance of severe thunderstorms late this afternoon and evening. It will be ugly if that is the case. I can’t believe how many races I’ve done this past month in the rain. I’m alittle sick of it. I’m going for a ride in a few minutes because I can’t be riding the first hour today like I was riding yesterday. If that is the case, then I won’t be racing at all after an hour, I’ll be watching.

Today is the summer solstice. Longest day of the year and other assorted things depending on your beliefs. There is no downside to be racing bikes today. 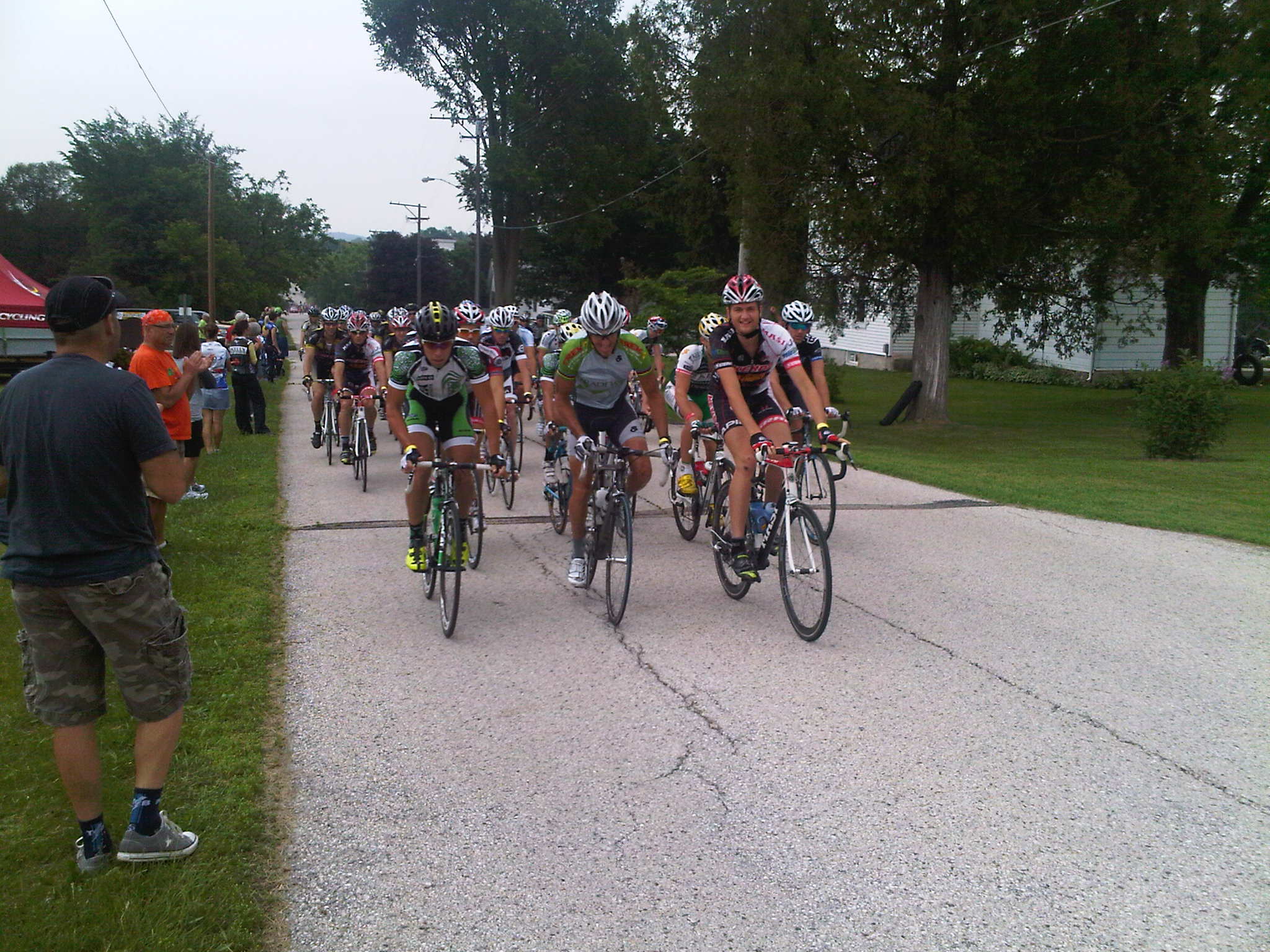 A neutral start up the finish hill. I'm here with two of my favorite guys, Josh Carter, AeorCat and Pat Lemeiux, Kenda. 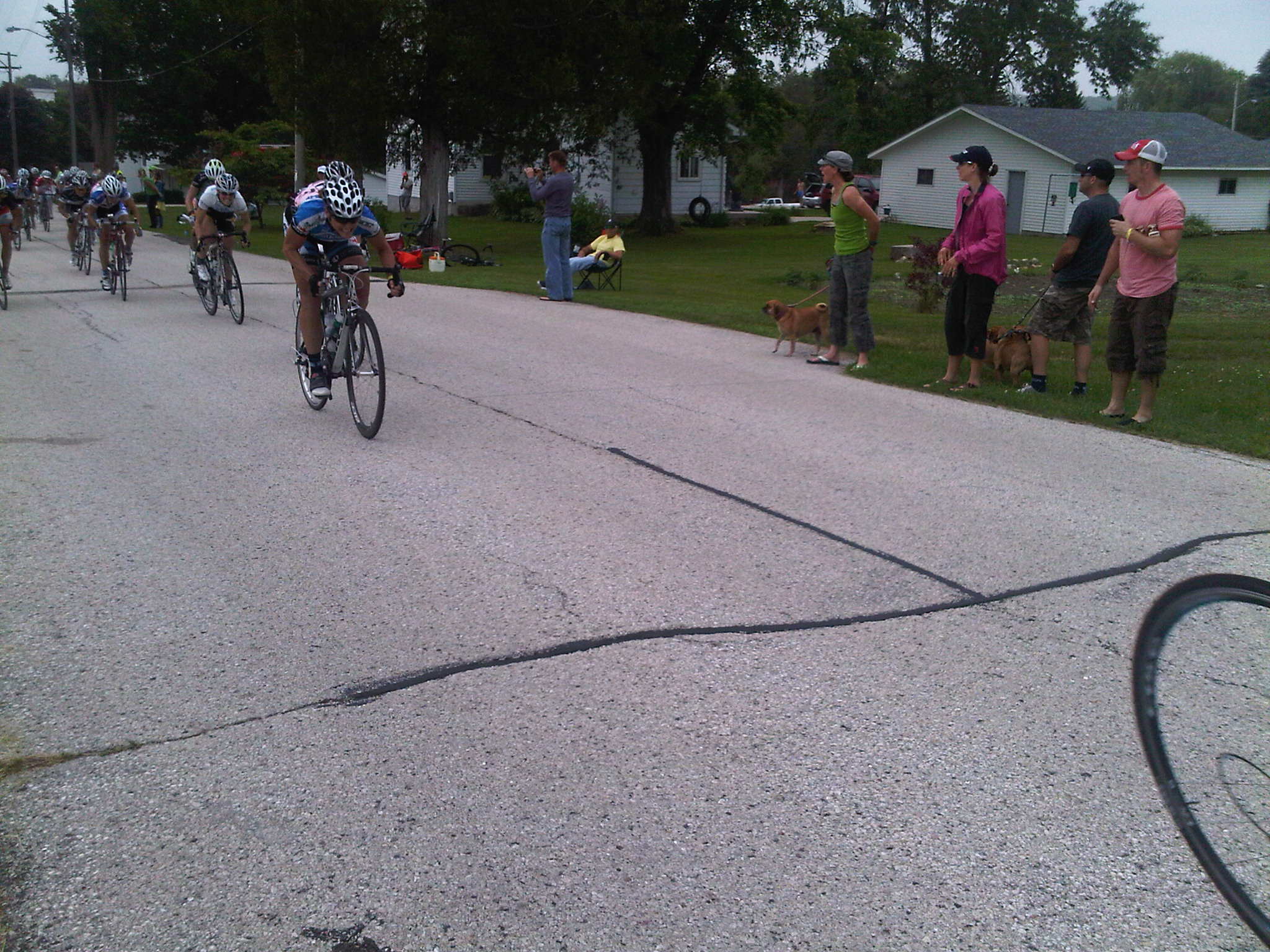 This is a picture of the women's sprint. The wheel going out of the picture is Laura Van Gilder's. She won by a pretty big margin obviously. 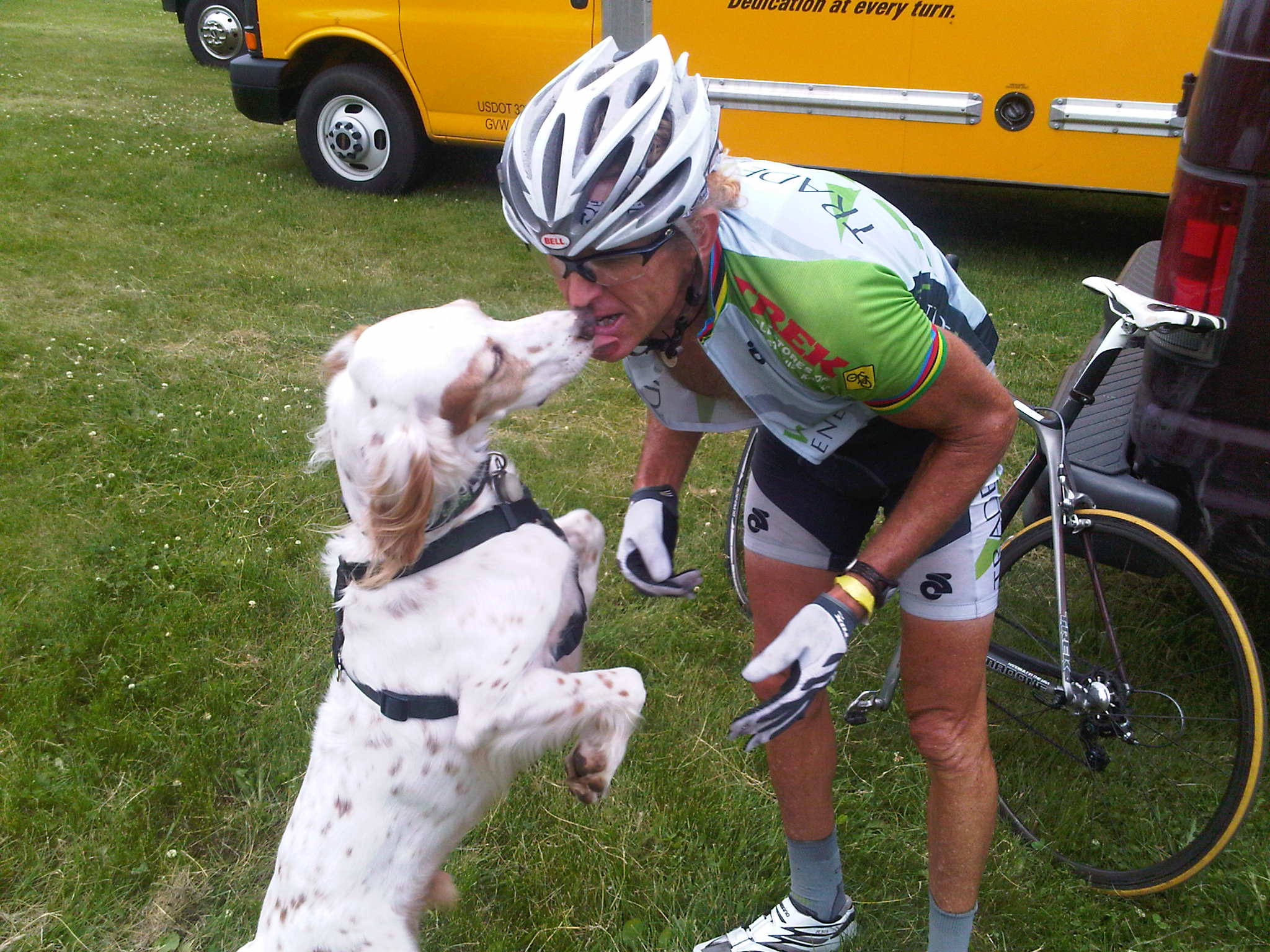 Bromont won the "Dog of the Day" award from the Tour of Americas Dairyland. Here he's acting like a circus dog. 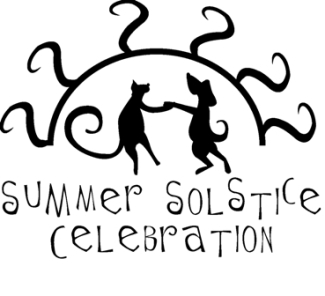